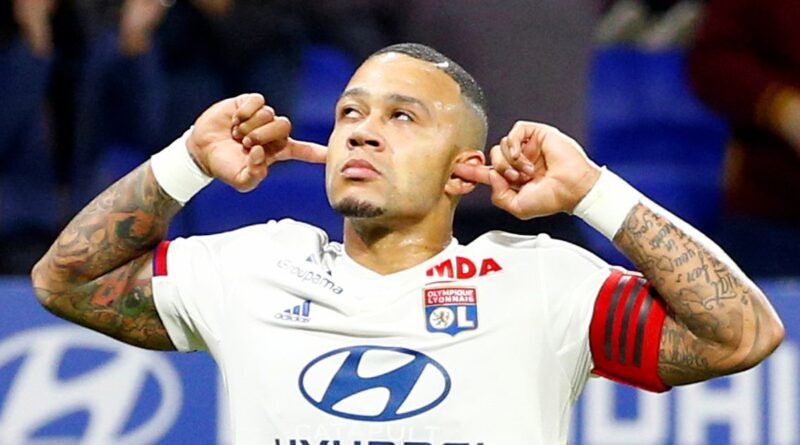 Memphis Depay has appeared to aim a sly dig at Manchester United by suggesting they were a stepping stone to bigger things.

The Dutchman is now a leading light at Lyon having joined them in January 2017.

He posted on Instagram with images of himself gradually growing in stature as he continued to move teams and included the caption "trust the process".

Depay started with Sparta Rotterdam as a youngster before moving to PSV.

The Eredivisie giants gave the forward his professional debut in September 2011.

His performances in the Netherlands attracted the interest of Europe's leading lights in 2015.

United were then led by Louis van Gaal who claimed he was "forced" to sign Depay earlier than planned to fend off interest from PSG.

The Red Devils spent £25m on the forward was took on the famed number 7 shirt.

With the exception of the odd cameo, Depay failed to deliver on his promise at Old Trafford and was moved on 18 months later by Jose Mourinho.

His time at United resulted in just seven goals in 53 games.

At Lyon he has begun to show his true potential and scored 22 times in his first full season in Ligue 1.

Now at the age of 26 he is being linked with a move to Barcelona that would see him link up with former Netherlands boss Ronald Koeman.

This season Depay has eight goals in 16 games and last term scored an audacious penalty at Juventus to knock out the Italian side in the Champions League.

The Dutchman, despite entering his peak years as a footballer, has ventured into the music industry.

In a recent song he referenced the wealth of United's owners by saying: "I be planning to make some statement, I need money like the Glazers".