Peter Shilton says Diego Maradona was “one of the greatest” but that the Argentinian’s Hand of God goal in the 1986 World Cup quarter-finals had left a “sour taste” for many in the England squad.

In front of 117,000 spectators at the Azteca Stadium in Mexico, Maradona – who died on Wednesday aged 60 – scored both goals in Argentina’s 2-1 win as they knocked out England on their path to World Cup glory.

His second in the match is regarded as one of the great World Cup goals, but his contentious opener, scored with his hand past Shilton, has long caused controversy in England.

Shilton, who won 125 caps and was England captain on the day, remains saddened by the incident but says Maradona’s greatness should be celebrated.

“He was one of the greatest players of all time – he won the World Cup on his own for Argentina,” Shilton told Sky Sports News.

“We [myself and some of England’s 1986 squad] did have a gripe with him that he didn’t show a lot of sportsmanship.

“Okay, you cheat or make a mistake, you hold your hands up and move on but I don’t think the philosophy in some countries was like ours.

“There is always that little sour taste but that has disappeared now. He has passed away and we should celebrate his greatness.” 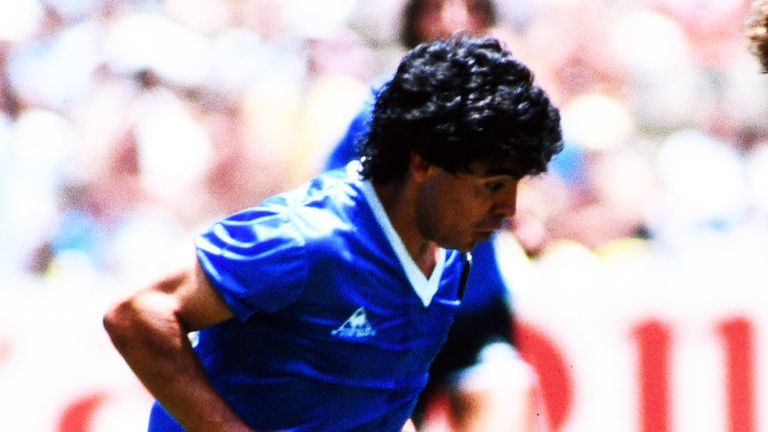 It was in the 51st minute when Steve Hodge’s poor attempt to deny Jorge Valdano saw the ball loop up to Maradona, who used his left fist to send it beyond Shilton.

Asked for his recollection of the goal, Shilton said: “For me as a goalkeeper, there didn’t seem to be any danger.

“He would have been offside but one of our own players, Steve Hodge, was put off balance, so he was trying to clear it and hooked it back.

“I had a split-second decision to make – do I stay on my line and let the world’s greatest player have an opportunity from 10 yards out or can I get there? I felt I could just get there, it was an instinct thing, but I was always second-best, I was always trying to catch up.

“I was diving a little bit flat. I knew I was going to get the ball, I think Maradona said in an interview the reason he punched it in with his hand was because he could see I was getting above him, and he couldn’t head it.

“He took a chance, it ended up in the back of the net and then he ran off to celebrate. You’re looking around waiting for the referee to blow his whistle as we did, and of course the rest is history.” 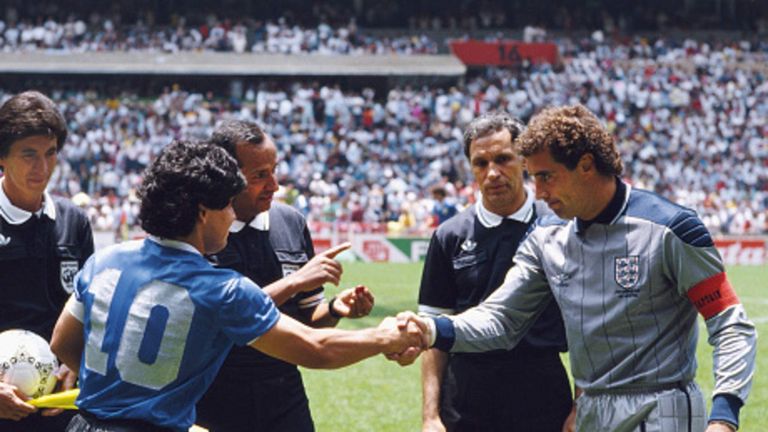 Shilton added: “He was quite clever because he flicked his head at the same time. He had a very quick football brain and he knew what he was doing.

“I didn’t expect Maradona to go up to the referee and say ‘I handballed that’ but I think after the game, he talked about the Hand of God, he didn’t really apologise and say ‘I got away with it’. It was a bit unsportsmanlike.

“That really rubbed the salt in the wounds as far as the (England) team was concerned.”

The Brazilian wrote on Twitter: “What sad news. I lost a great friend and the world lost a legend.

“There is still much to be said, but for now, may God give strength to family members. One day, I hope we can play football together in the sky.”

Lionel Messi wrote on Instagram: “A very sad day for all Argentines and for football. He leaves us but does not leave, because Diego is eternal.

Cristiano Ronaldo also offered his own personal tribute. The Juventus and Portugal star posted on Twitter: “Today I bid farewell to a friend and the world farewells to an eternal genius.

“One of the best ever, an unmatched magician. Leaves too soon but leaves a boundless legacy and a void that will never be filled. RIP. You will never be forgotten.” 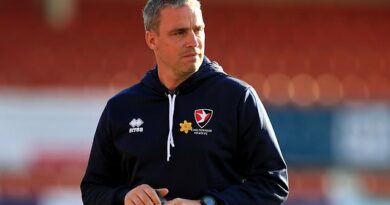 Dominic Calvert-Lewin is ‘bringing Duncan Ferguson attribute back to Everton’