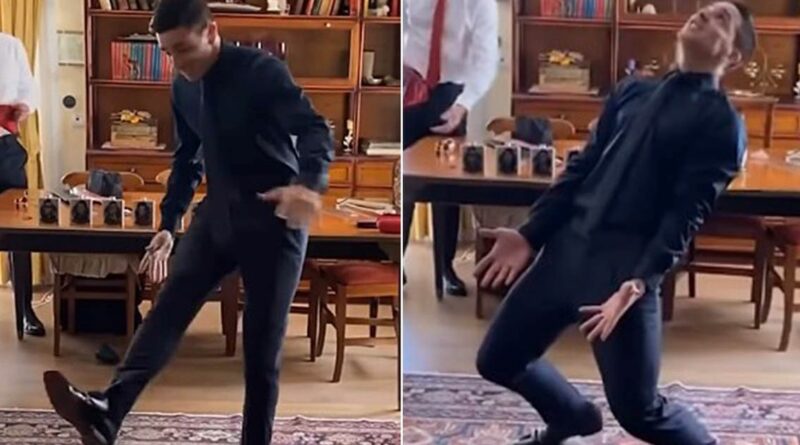 Giovanni Simeone, 26, enjoyed a prolific season as a forward for Hellas Verona in the 2021/22 campaign, scoring 17 goals in 35 Serie A appearances. The famous Atletico Madrid manager’s son was finally able to deliver on his promise after several seasons of obscurity at Cagliari and Fiorentina.

But he now risks the wrath of his famously short-tempered father Diego, who is usually as animated as they come on the touchline. Giovanni was filmed performing several gestures famously used by Diego while his younger brother Gianluca laughed in the background.

The Argentine striker wore the same customary all-black outfit as his dad while football channel 433 posted the clip to their Instagram page with the caption: “Giovanni Simeone imitating his dad Diego.”

The young Simeone even responded by admitting in the comments section: “He kills me if I do in his house.. but I will try,” along with laughing face emojis.

Is Diego Simeone the scariest manager in football? Let us know in the comments section.

Fans issued the same sentiment by suggesting Giovanni would feel the wrath of Diego like many players and referees have suffered before him.

One fan commented: “He’s gonna kick your butt like that when you get back home.”

Another wrote: “Someone might not get his monthly allowance again.”

A third pointed out the perfect likeness by saying: “The same suit Simeone has been wearing since 2011.” 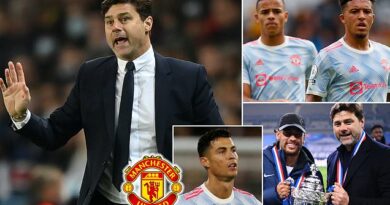 Is Mauricio Pochettino the right fit for Manchester United?

Sportsmail's Clattenburg on the most annoying players he's refereed