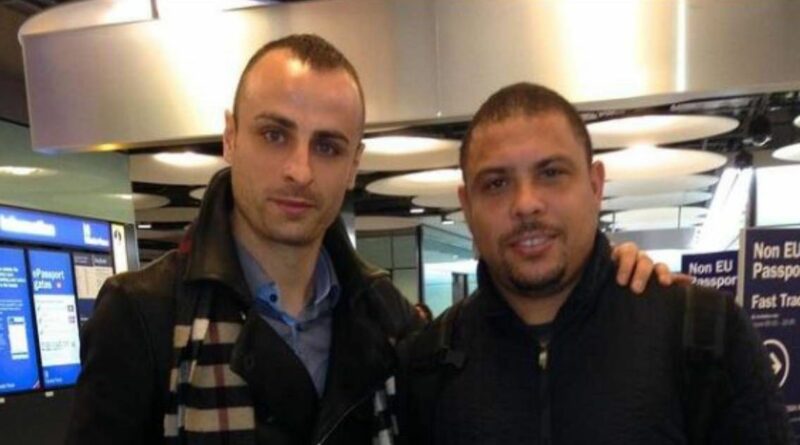 Manchester United hero Dimitar Berbatov has joked that Real Madrid legend Ronaldo didn’t know who he was after he asked for a photo in Munich airport.

But it seems not everyone was paying attention during United’s spell of dominance, as Madrid hero Ronaldo apparently didn’t know who the Bulgarian was.

The former striker, who is widely regarded as one of the best strikers in Premier League history, took to Instagram on Wednesday to detail his first and only time meeting the Brazil hero.

He joked that after working up the courage to speak to Ronaldo, who scored 104 goals in 177 games for Madrid, the Brazil hero didn’t recognise him.

“Peoopleee, funny story.. On this day in 2014, I was going through Munich airport, connecting flights, mining my own business, listening to 2pac in my headphones.

“And who do I see coming my way.. Yep, El Phenomenon – @ronaldo.

“Going through the airport without people noticing him… And I was thinking – Are these people crazy, not seeing probably one of the best ever.. WTF.

“So when I stopped thinking about this, I started thinking, do I say something, ask for photo/say hi.. I am a shy person.

“But anyway, I found my courage and went to him to say Hi and ask for a photo..

“He was really nice and as you can see didn't mind taking a photo with me.

“Although I don't think he knew who I was, this made my day…

“Everyone is a fan of someone, peopleee.. And El Phenomenon was one of my heroes.”

How Middlesbrough sacking was the making of Gareth Southgate