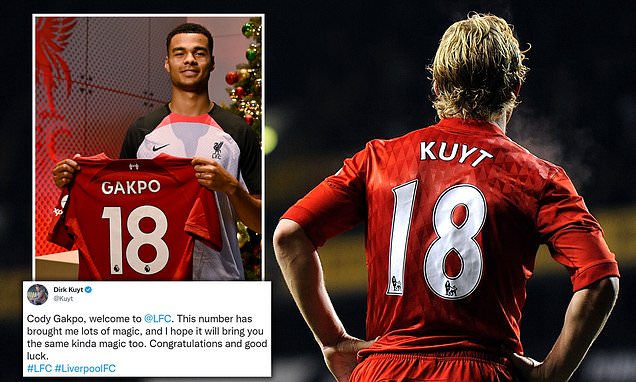 Dirk Kuyt took to Twitter to congratulate compatriot Cody Gakpo on sealing a move to Liverpool, wishing him great success as he prepares to sport the same number that the Dutch legend wore during his stay at Anfield.

Kuyt spent six years at the club, during which time he scored 71 goals in 285 appearances in the No 18 shirt, which the ex-PSV forward will now wear under Jurgen Klopp.

Gakpo joined Liverpool in a £44million switch from the Eredivisie club, putting pen to paper on a five-and-a-half year deal at the Reds, although Klopp has been quick to claim that his arrival does not spell the end of Roberto Firmino’s stay on Merseyside. 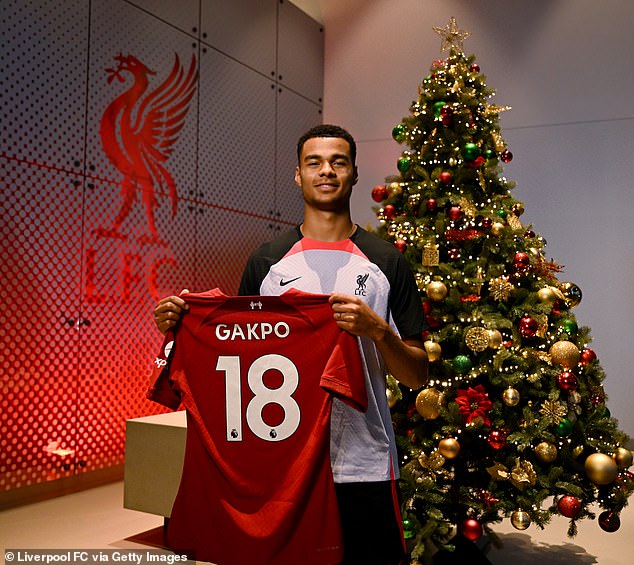 ‘This number has brought me lots of magic, and I hope it will bring you the same kinda magic too. Congratulations and good luck.’

Kuyt arrived at Anfield in 2006, and left in 2012 after winning the Carabao Cup in the same year to add to his Community Shield medal with the Reds. 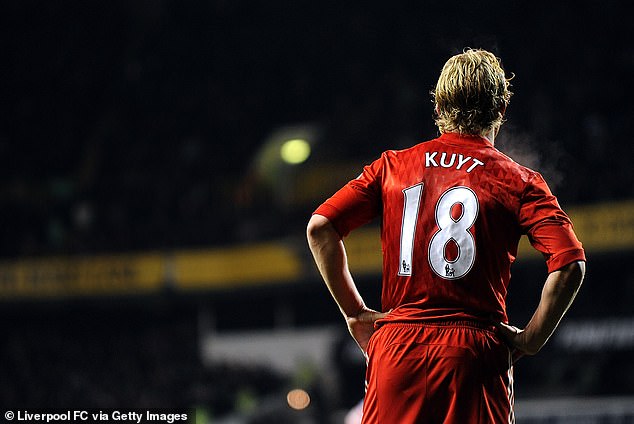 Gakpo now joins the club as one of the most highly-regarded forwards in European football, with 18 goals and 18 assists in all competitions for club and country so far in 2022-23.

He also led the line for his country in Qatar, scoring three times as Holland made the quarter-finals of their first World Cup since a third-placed finish at Brazil 2014.

As a result of his fine form in what has been a breakout season for the 23-year-old, he emerged as a transfer target for a number of Europe’s biggest sides, with Manchester United thought to be strong suitors for his services. 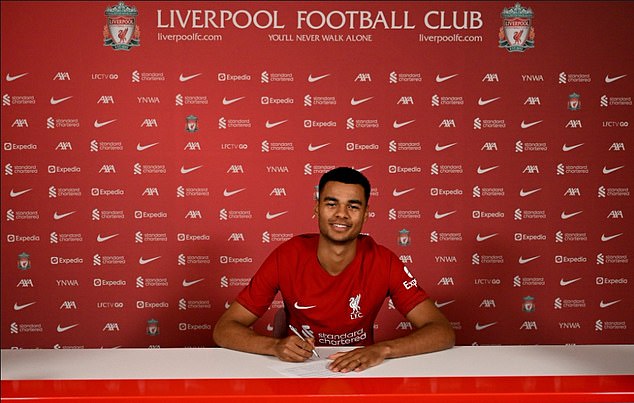 However, Erik ten Hag was dealt a bitter blow after the Reds confirmed his arrival at the club seemingly from under their bitter rivals’ noses to add to an already potent strike force.

But the forward revealed that compatriot Virgil van Dijk played a key role in convincing him to join the Reds, after persuading him that Liverpool was a club that would give him the space to continue to grow and develop.

‘We spoke a lot over the phone [in] the last days,’ he said of the centre-back’s influence.

‘What he told me was that this is the right move for me to make and for me to develop and to become a better player, that the club is a really big and massive club but also like a real family – I think that’s also very important for me because I’m a family guy. He said only good things.’ 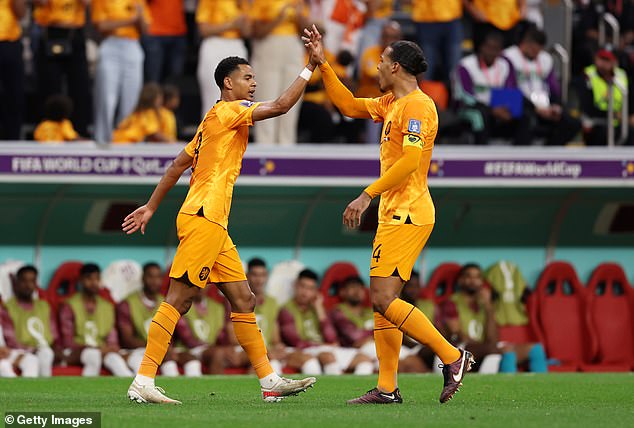 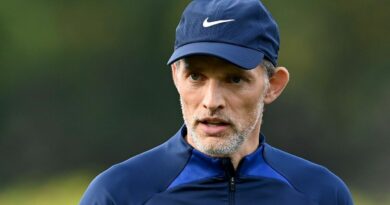