Home » Soccer » Do Newcastle need strengthen in January to finish in the top four? 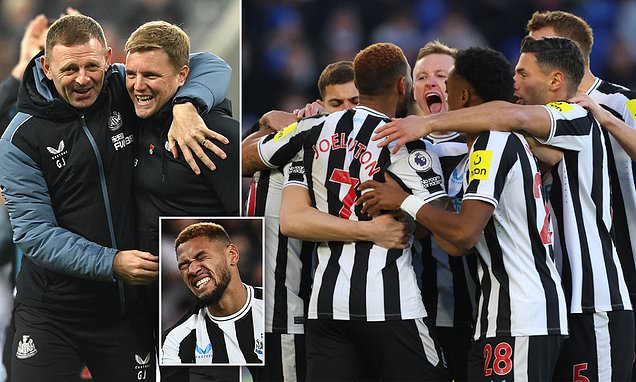 Eddie Howe has built the best defence in the Premier League in Newcastle’s rise up the table and urged caution over January spending… but after back-to-back stalemates, do the Saudi-backed Magpies need to strengthen to boost top four hopes?

A year ago, the mood was gloomy around St James’ Park.

Despite a marked improvement in performances since Eddie Howe took over from Steve Bruce in November 2021, the threat of relegation was real as the Magpies headed into 2022 joint bottom of the Premier League.

With just one win from their first 18 games and only 10 points, Howe’s side had conceded a whopping 41 goals and had much plenty of work to do. 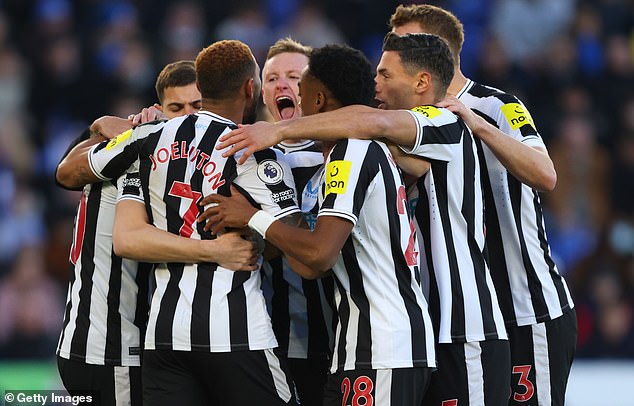 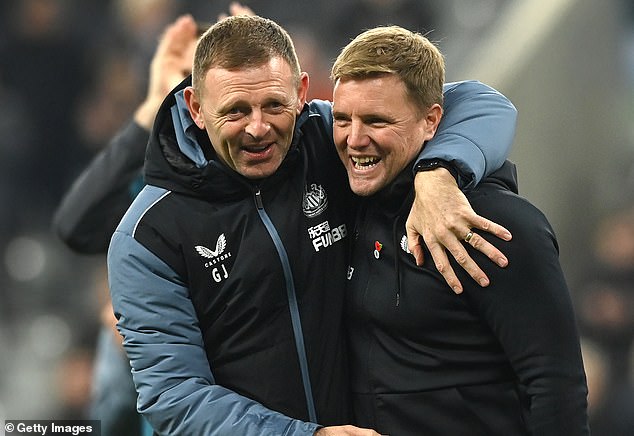 They were then knocked out of the FA Cup by League One side Cambridge and the only way was up.

Fast forward a year and after a quite frankly unbelievable 12 months for the club, the mood could barely be more different.

St James’ Park is now a fortress, bouncing at every home game as Newcastle continue to upset the established top six as they rise up the Premier League table.

Having accumulated 39 points across their final 20 games last season – conceding just 21 in the process – the Magpies finished in 11th place, 14 clear of the relegation zone. 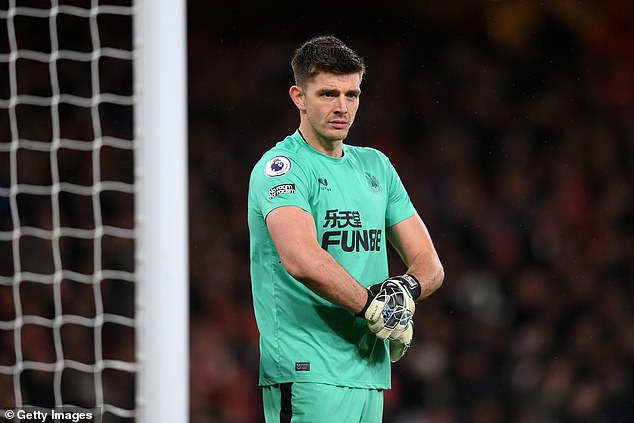 Their superb form and the feel-good factor around the club continued into this campaign with Howe’s side sitting in third place with 35 points from 18 games following Tuesday night’s 0-0 draw with Arsenal – a position not even the most optimistic Newcastle fan could have anticipated in their wildest dreams.

The stalemate with the Gunners marked Newcastle’s sixth clean sheet in a row which leaves them with the league’s strongest defence having conceded just 11 goals.

The back-line of Kieran Trippier, Fabian Schar, Sven Botman and Dan Burn, supplemented by Nick Pope in goal have been nothing short of sensational – but in truth it has been a team effort with Howe’s side relentless in their hard work out of possession.

They had won six games in a row before being held 0-0 by Leeds on New Year’s Eve, and they failed again to score at the Emirates on Tuesday.

This has led to questions over whether Howe needs reinforcements to continue his side’s impressive season and maintain their pursuit of Champions League football – something that will no doubt be helped by the absence of any European games in comparison to their rivals.

Since the Saudi-backed ownership took over the club from the deeply unpopular Mike Ashley in October 2021, they have spent around £210m in the transfer market to resounding success. 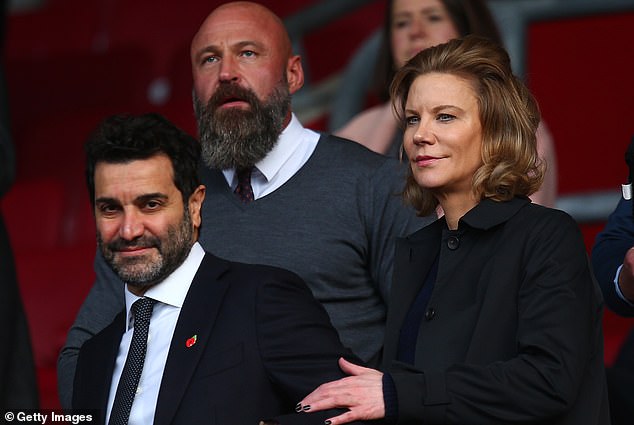 Since being bought by a Saudi-backed consortium in October 2021, led by Amanda Staveley (R), Newcastle have spent more than £200m in the transfer market to resounding success

Arguably only Wood and Targett haven’t been superb additions – but the acquisition of the forward significantly weakened last season’s relegation rivals Burnley – while Targett impressed before he was displaced in the starting line-up at left-back by Burn.

The heavy spending and success in the transfer market has raised hopes among Newcastle fans they will spend again this January but this is something Howe poured cold water over last week, citing Financial Fair Play as a limitation.

‘If you’re looking to improve the team, the starting XI as it is if we have no injuries, then that is a challenge in the market currently,’ he said ahead of their clash with Leeds. 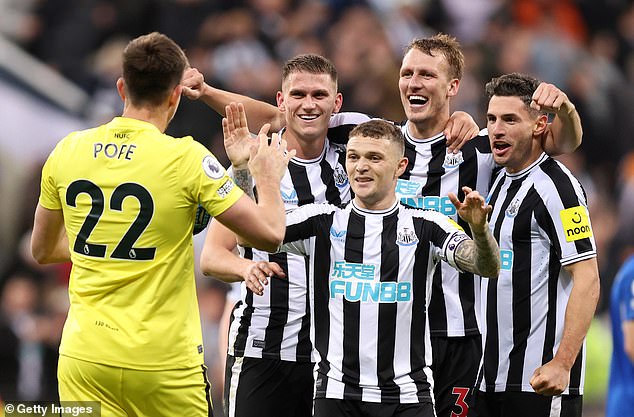 ‘Again, with an unlimited budget, that might be possible – not that we necessarily have a budget at the moment – but with Financial Fair Play looming and with those restrictions, it’s almost impossible.

‘Anything we do do in January then potentially harms us for the summer. There is always another window coming up and what you don’t want to do is handcuff yourself for future windows, so there’s a lot to consider.’

Howe rightly points out the importance of meeting FFP requirements but with rivals in the top four race likely to spend and the past two stalemates with Leeds and Arsenal, do the Magpies need to bring in reinforcements to keep their position near the top of the table?

Outside of last night’s starting XI, only Matt Targett, Jacob Murphy, Ryan Fraser, Elliot Anderson and Chris Wood have made more than five Premier League appearances this campaign – suggesting a reliance from Howe on certain players. 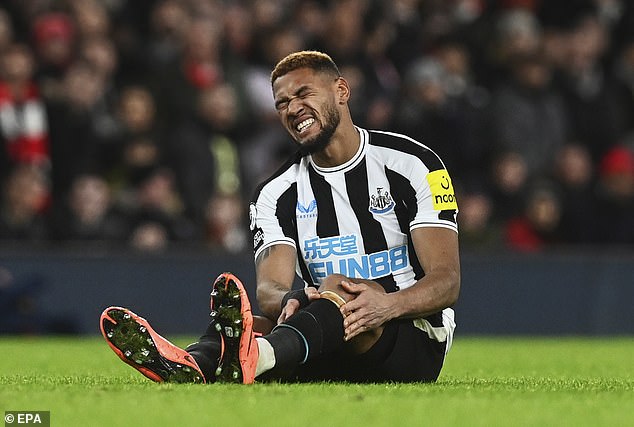 But the Magpies have failed to score in their past two Premier League games , raising questions about whether they need reinforcements to sustain their push for the top four 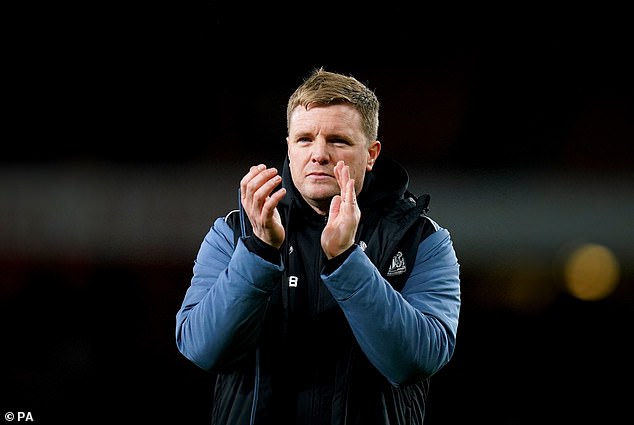 A quick look through last night’s bench, and only really Allan Saint-Maximin could be seen as a game-changing option – although the Frenchman is still returning to full fitness after struggling with a hamstring injury.

Martin Dubravka is a solid back-up goalkeeper, but Jamaal Lascelles, Matt Ritchie, Jamal Lewis and Javier Manquillo are all more associated with Newcastle and their relegation battles during previous years.

Meanwhile, Wood has only scored five times in 36 games in all competitions since joining and Elliot Anderson is a promising young player – but it is unfair to rely on a 20-year-old who is still yet to start a Premier League game.

Elsewhere, Jacob Murphy is much improved under Howe, but having scored just six times and provided 10 assists in 126 appearances for Newcastle, there is a big drop off in quality from Howe’s first XI to the bench.

It is important to note how strong the first team has become under the 45-year-old , with the aforementioned defence – exemplified by having the best record in the league – all being superb.

In fact, Trippier is only second to De Bruyne in the number of big chances created by a single player so far this season.

Behind the back four, they have one of the league’s best goalkeepers Nick Pope who has consistently proven how consistent he is as a No 1 and what a steal he was at just £10m.

Furthermore, Guimaraes has shown why he is so highly-rated by Brazil with his all-round displays in midfield, and he has helped drag players like Sean Longstaff, Joelinton and Joe Willock to higher levels.

Miguel Almiron’s nine goals have been a revelation for the club, while in Callum Wilson, they have one of the best strikers in the Premier League when fit.

The questions about adding do need the caveat of a fully-fit Saint-Maximin to return, with the Frenchman having showed his blistering pace and trickery throughout his Newcastle career. 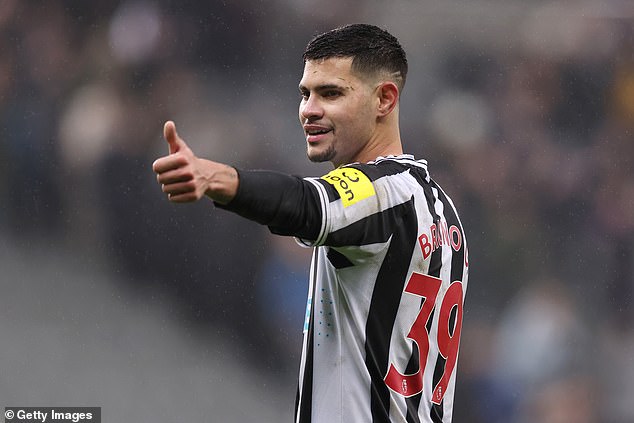 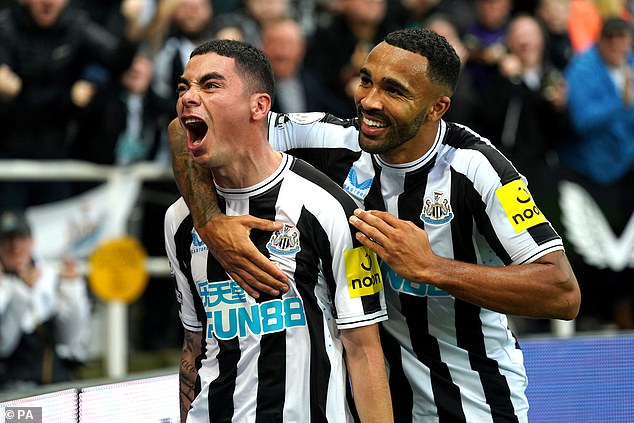 Elsewhere, Jonjo Shelvey was crucial during the Magpies’ renaissance in the second half of last season but he has also struggled for fitness this campaign – playing just 34 minutes in the Premier League.

Meanwhile, record signing Alexander Isak has been ravaged with injury since his move from Real Sociedad but showed in his three appearances how much of an asset he will be, scoring twice.

If those three are to return to full fitness, along with Wilson – who was absent recently – that is four players who will only boost Howe’s side in their pursuit for top four football next season.

Having lost just once in the Premier League – and with some exceptional performances along the way – Newcastle have their best chance to qualify for the Champions League since they last played in the competition in 2003-04 under Sir Bobby Robson.

It does feel like too good an opportunity to miss and perhaps Howe could do with some depth in attacking areas and further back-up in midfield.

This is especially important with the long-held clamour from Newcastle fans to compete in the cup competitions – they have reached the Carabao Cup quarter-finals and face a favourable draw against Sheffield Wednesday in the FA Cup third round. 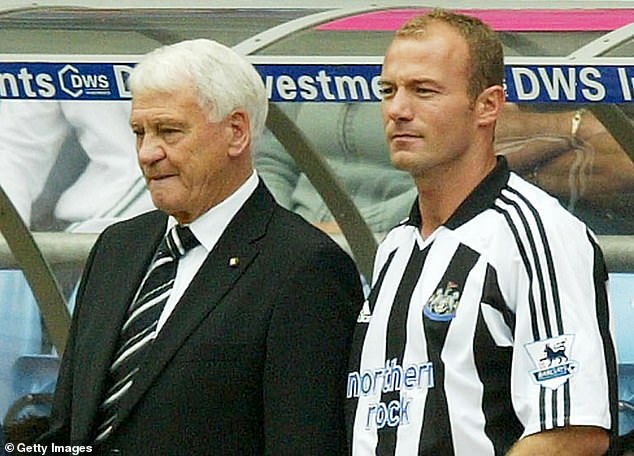 Furthermore, their top four rivals are likely to spend – evidenced already by Liverpool splashing out £44m on Cody Gakpo – while Chelsea are expected to be busy in the market.

Qualifying for the Champions League this early in the tenure under new ownership could also have a transformative and accelerated impact for the whole project under Howe.

But, if they are to avoid injuries, and although he would undoubtedly like to, maybe Howe is right not to ‘handcuff’ the club by spending in January due to their mix of experience and quality throughout the side.

It is hard to doubt the 45-year-old’s acumen in the transfer market since taking over in the North East – after all Leicester used only 19 starters in their miraculous title-winning campaign.

And few would put it past Newcastle to upset the odds and reach Europe’s premier club competition with their current squad as they continue to shake up the top of the Premier League. 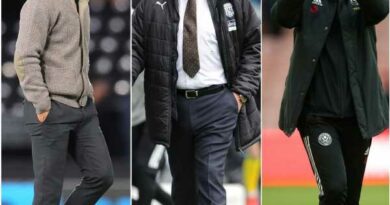 Worst of the worst? How trio compare to relegation rivals in Premier League era 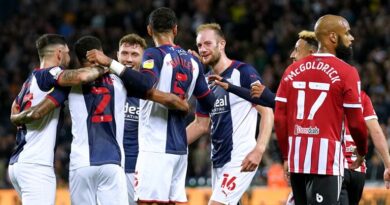