“Bambi on ice you said. Bambi found his skates.” Those were the proud words of Karlda Lewin on Facebook, after watching his son head home his first international goal on his England debut through watery eyes. “I remember him not making the Victory Shield squad at U16s, certain coaches and managers not rating him. Having to take a crying six-year-old boy home from his first trial as he was too shy to play. When knocked down, he gets back up.

“Rejection is often life’s way of directing you to the path you’re supposed to be on. If you hang around the barbers long enough, you’ll eventually get a trim.

You can forgive a proud father for missing one integral name from the list, in the form of Stalybridge Celtic boss Keith Briggs.

Before netting against Wales, Calvert-Lewin paid tribute to his time on loan in the National League North, where he was given a rude awakening to the men’s game. 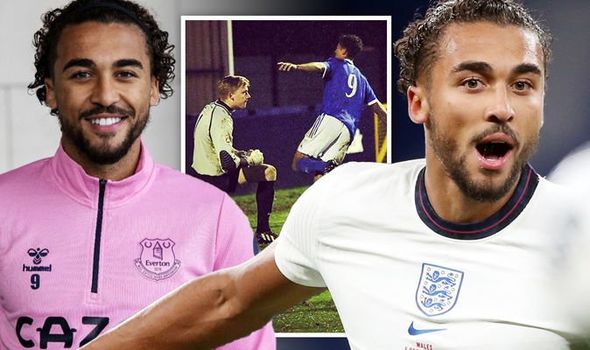 “I don’t know if you can see – I’ve still got the scar under my eye from the first 20 mins of playing for Stalybridge,” a beaming Calvert-Lewin told the media at St George’s Park earlier this week.

Just two days after signing in December 2014, he was handed a start on Boxing Day against local rivals Hyde and was greeted with a headbutt from an opposing defender.

“One of the board of directors was shocked that we put faith in a young 17-year-old lad from Sheffield United in a big game for the club,” recalls Briggs, in an exclusive interview with Express Sport.

“As a manager, I had to back my decision to bring him in and told them not to worry. That’s why he was there, to get roughed up and learn what it’s all about.”

Calvert-Lewin’s eye ballooned so badly that he could barely see in the dressing room at half-time but they were determined to keep him on the field of play.

Briggs adds: “It was a baptism of fire for him, his eye was fully bruised and I could see it in his face.

“In the second half, he was unbelievable. He got through it, scored two, set one up and we ended up winning the game.”

Calvert-Lewin claims he came of age that day at Ewen Fields and now he enjoys channeling his aggression to help him score goals: “I enjoyed getting beaten up, to be honest.

“That experience at the time – it was the most I’d ever enjoyed my football up to that point. It was thoroughly enjoyable and it just gave me that sense of what it was to play in front of fans and to play proper men’s football and play for three points.” 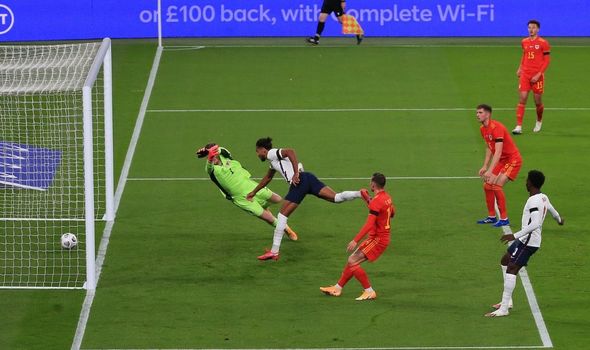 He already has nine goals to his name this season for Everton and recently became the first Toffees player to score back-to-back hat-tricks – against West Brom and West Ham – since the legendary Dixie Dean.

While the humbling experience at Stalybridge enabled him to sharpen the physical side of his game, Briggs was under no illusions that the now-23-year-old would go right to the very top.

He said: “I always believed 100 percent that he had the ability, the quality and temperament to be a world-class striker. He’s always had goals in him no matter what.

“The way that he conducted himself particularly during his time at Stalybridge was unbelievable. He was such a really down to earth, talented, genuine, humble personality who embraced what we did at the football club.”

Calvert-Lewin would stick around after matches and spend time talking to club officials and supporters in his short spell in the blue and white. 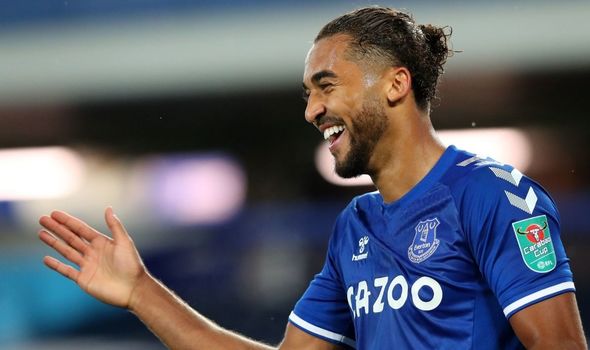 It wasn’t until his teens that Sheffield United coaches Travis Binnion and Nick Cox decided to move him further forward from central midfield.

Briggs said: “When we first took him from Sheffield United, I kind of had the inside track on him at the time, I kind of knew him for a couple of years before that and he was always a box-to-box midfield player.

“He had loads of energy, was really athletic and brought immense individual quality to the group. He had a good technique for finishing and Travis Binnion and Nick Cox, at the time in charge of Sheffield United, made the decision to push him forward as a central forward.

“He was 6ft at the time, not physically developed but really worked hard for the team in and out of possession and thought it might be a position that he could move forward with.

“At Stalybridge he was up against no-nonsense defenders, getting that experience of just trying to do well for the team, where points and jobs were on the line.”

This week upon arrival at St George’s Park, the striker removed his flat cap when greeting Gareth Southgate and the video clip struck a chord with his former boss.

Briggs added: “The way he’s conducted himself in the little things, like taking off his hat when the manager saw him at St George’s Park, it just screams that he’s been brought up the right way.

“I still speak to him every now and again and he still calls me gaffer. That’s the sort of line of respect that he’s got and that’s testament to the kind of person that he is.”