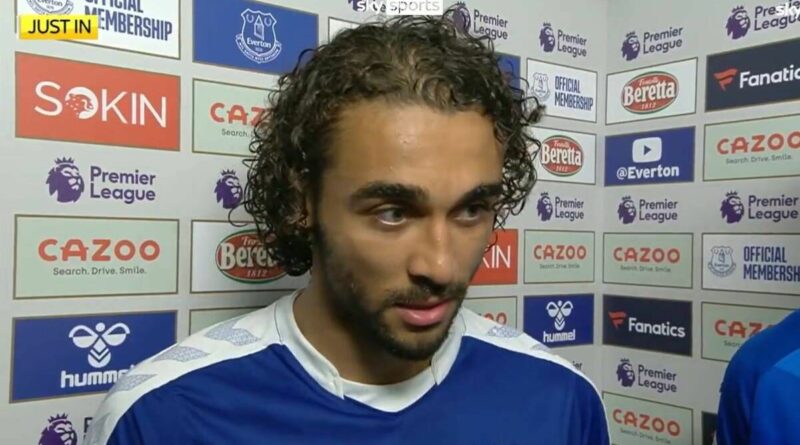 Dominic Calvert-Lewin has reaffirmed his commitment to Everton after scoring a dramatic late winner against Crystal Palace to keep his club in the Premier League on Thursday night. Everton were 2-0 down at half-time, but produced a remarkable comeback to win 3-2, with Calvert-Lewin’s late header securing their Premier League safety with a game to spare.

The Toffees made a dreadful start to the game, conceding sloppy goals to Jean-Philippe Mateta and Jordan Ayew. With the hosts 2-0 down, their 68-year top flight status appeared under threat.

But Everton turned things around after the break with Michael Keane, Richarlison and Calvert-Lewin all netting in a dramatic turnaround at Goodison Park which left the team in 16th place on 39 points, four clear off 18th-placed Leeds. Calvert-Lewin’s diving header from Demarai Gray’s 85th-minute free-kick sparked jubilant scenes and a pitch invasion from the Everton supporters.

It was a brilliant moment for Calvert-Lewin, who has endured a difficult campaign due to injury. The 25-year-old striker has been linked with a move away from Everton, with Arsenal among the clubs interested, but he hit back at those rumours post-match. “I know some of the fans have questioned my commitment to the club, but I always try my best and I hope my goal shows that today,” he told Sky Sports.

The match-winner was delighted with his impact, but was also quick to pay tribute to Frank Lampard, who brought Dele Alli off the bench for Andre Gomes at half-time and switched from a five-man defence to a 4-3-3 formation. “We started the game with five at the back and they were overloading us in midfield and it was difficult for us to press,” Calvert-Lewin told beIN Sports. “I think you could see that we wanted to go but the gaps were too big.

“The manager switched it to a 4-3-3. Alex Iwobi came into midfield and Dele – both forward-thinking players and ultimately that made the difference. I think Dele was excellent when he came on. He’s had to be patient and wait for his chance and he’s taken his chance in the biggest moment of the season.

Arsenal to back Arteta with ‘heavy’ investment despite CL failure

“I think the change in system was the biggest difference. We know that we had to get the first goal and once we got that it was a domino effect.”

Calvert-Lewin was then asked if it was the biggest goal of his life. “Definitely it is, without a shadow of doubt,” he replied. “The importance on that game and that three points is beyond belief. And the way we started the first half, you’re thinking ‘we need to produce something that we’ve not produced before.’ To score three goals in the second half and to score the winner – what an incredible feeling. It’s all a bit of a blur, the way it went, it’s crazy.” 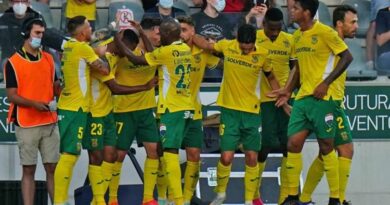 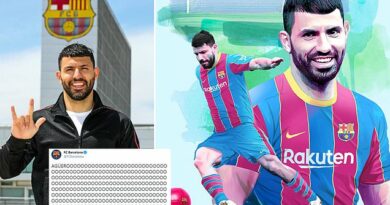