Donny van de Beek is likely to make his Manchester United debut at some point this weekend and, if he spends a substantial amount of time on the pitch alongside both Bruno Fernandes and Paul Pogba, we will begin to learn how Ole Gunnar Solskjaer plans to integrate his only signing of the summer window so far.

Van de Beek offers United much-needed depth. During Project Restart, 10 members of Solskjaer’s first-choice starting line-up played at least three-quarters of the available minutes and grew noticeably more fatigued as the games piled up. After the Europa League semi-final defeat to Sevilla, the consensus was that a lack of quality options in reserve had prevented United from ending the season with silverware.

But a £35.7m player who has built a reputation as both a creative and clinical No 10 – one of several generational talents to lead Ajax to last year’s Champions League semi-finals – did not come to Old Trafford to merely provide cover. That was not how Solskjaer sold Van de Beek on a move to Old Trafford either.

There will be times when Pogba, Fernandes and Van de Beek all play together. When that happens, where will United’s new arrival fit in?

Last Saturday’s friendly defeat to Aston Villa may have provided a clue, even if neither Pogba nor Fernandes were involved. For his first appearance in a United shirt, Van de Beek was deployed not as a No 10 at Villa Park but further back, as one of Solskjaer’s deeper central midfield pairing, alongside Scott McTominay in the first half and youngster Ethan Galbraith in the second. It is a position similar to one he played in the very first days of his Ajax career and one he returned to in his very last.

Van de Beek’s formative years at Ajax’s famed De Toekomst academy were spent as a more reserved, deeper-lying playmaker who benefitted from seeing the majority of the pitch in front of him. That was before the academy – then overseen by Cruyff disciple and one-time Sheffield Wednesday midfielder Wim Jonk – remoulded Van de Beek into more of a box-to-box player, adept at arriving late in the penalty area to score.

Even so, when breaking through to the first team – under Frank de Boer initially, then Peter Bosz – he typically played as a holding midfielder. In fact, United have first-hand experience of facing Van de Beek in that position. At 20-years-old, he was introduced as a substitute for the final stages of the 2017 Europa League final in Stockholm and sprayed several threatening balls out to the wings in vain as Ajax fell to defeat.

This range of passing was Van de Beek’s main attribute in the deeper role. It is also exactly what United lacked against opponents who willing to sit off and soak up pressure at points last season, particularly during Pogba’s long injury spell and prior to Fernandes’ arrival. The prospect of all three in the same midfield at the same time, picking apart sides that Solskjaer’s style has tended to struggle against, is a promising one for United.

But if and when all three play together, who will do the donkey work? The answer is probably Van de Beek, who won a tackle or made an interception every half an hour in the Eredivisie last season. That is solid if unspectacular, though better than both Pogba and Fernandes – particularly once accounting for the fact that Ajax tended to dominate possession, therefore having fewer chances to win the ball back.

Still, it is some way off the standards set by McTominay, Fred and Nemanja Matic, the three ball winners who cannot be entirely sure of their starting status following Van de Beek’s arrival.

This is why, though he returned to playing as a deeper central midfielder for Ajax under Erik ten Hag last season, Van de Beek typically played alongside a more conventional holding player in Lisandro Martinez. This added protection allowed Van de Beek to play more box-to-box, joining Ajax’s attacks, taking up space in the penalty area and looking to score, just as he did in the 4-4 draw with Chelsea at Stamford Bridge.

And that is what United will miss if – in an effort to have all three of their high-profile, attacking midfielders on the pitch at the same time – they deploy Van de Beek in a more conservative, deep-lying role. Whether he is capable of fulfilling defensive duties alongside Pogba and Fernandes is one thing. Whether it would be the best use of his abilities is another.

Ryan Babel has played alongside Van de Beek for the Netherlands and briefly for Ajax during the second half of last season, while on loan from Galatasaray. “He finds spaces like nobody else,” Babel tells The Independent. “In the box most of the time it can be very narrow and very, very tight for a lot of players to find space, but Donny always finds it to be dangerous himself or to help his team create.” 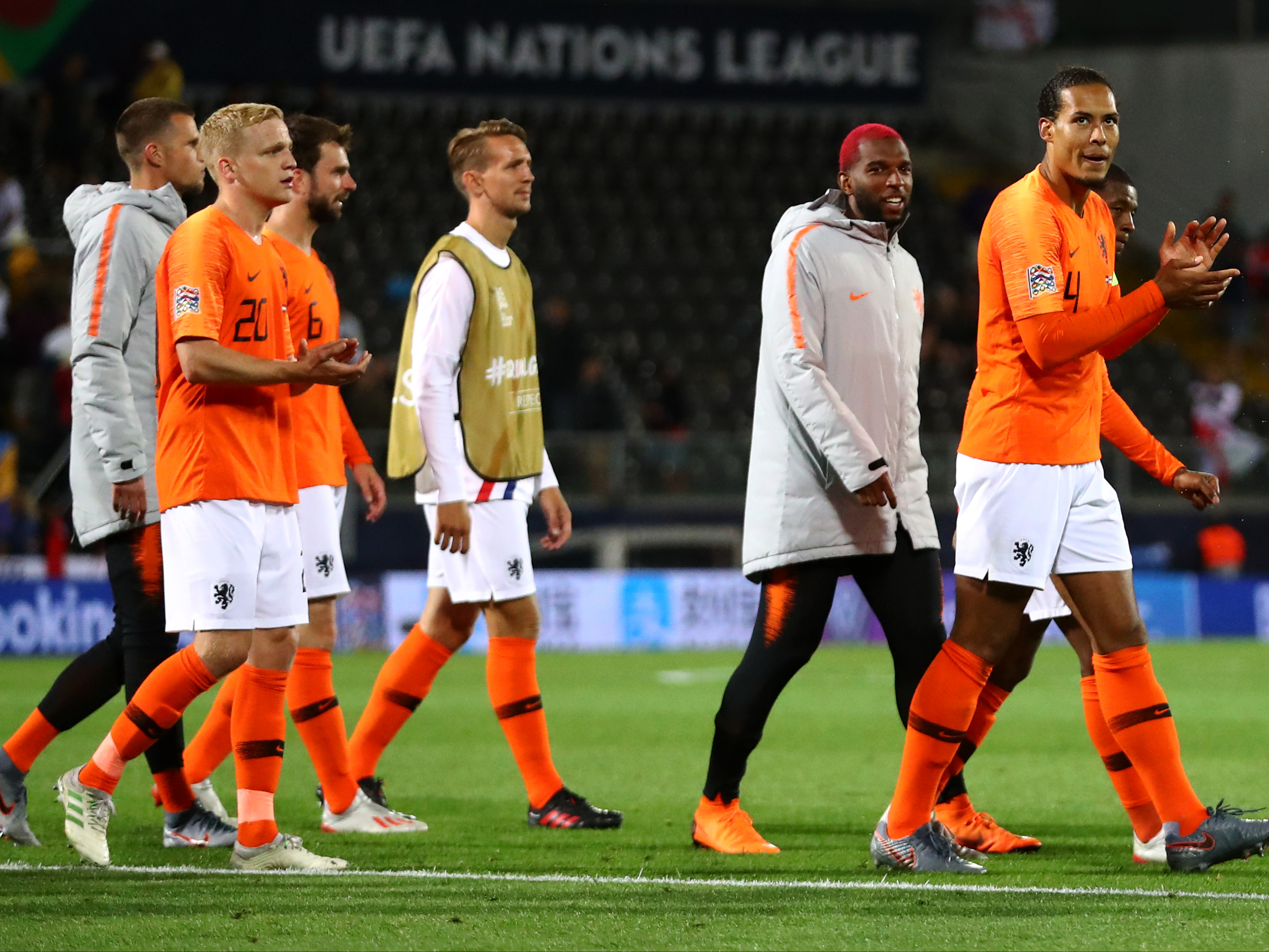 Babel predicts one thing above all else. “I think he will score a lot of goals in the box,” he says, “especially with the players that he will have around him.” It is something that those who have followed Van de Beek’s development at Ajax point to almost without fail. “He likes to come into the box and chip in with goals,” Edwin van der Sar, Ajax’s chief executive, said this week, before hesitating on whether to compare Van de Beek to Paul Scholes.

The comparison is not far off – Scholes was another player who, at his peak, could be both a playmaker and a goal poacher – and it is backed up by statistics. Van de Beek notched the most shots from inside the penalty area of all central midfielders – sixes, eights or otherwise – who were playing regularly in the Eredivisie last season, with roughly one attempt from inside the box every half.

The relative strengths of the leagues must be taken into account but no United player matched that. In fact, United took a greater proportion of their shot from long range than any other Premier League side last season. For a manager who is constantly preaching the importance of scoring ‘scruffy goals’ – for a former striker of Solskjaer’s old poaching instincts, no less – that is surprising.

For United to bring in a midfielder who will hunt for close-range opportunities suddenly makes a lot of sense. Van de Beek could well be that player, but not if he is merely used as either cover or a defensive foil for Pogba and Fernandes. And then, even if Solskjaer finds a way to fit them all together – whatever the combination, whoever is tasked with being the most cautious and conservative – one of the three will always be in an unnatural role. The midfield balance could be easily lost.

How to get the best out of Van de Beek without sacrificing Pogba or Fernandes? It is a puzzle that could define the short-term success of United’s only new signing. The visit of Crystal Palace to Old Trafford on Saturday could see Solskjaer’s first attempt at a solution.

Emily Kaplan is ESPN’s national NHL reporter. The Dallas Stars are in the Stanley Cup Final for the first time

Rams HC Sean McVay expects WR Robert Woods' extension to be similar to Cooper Kupp's
We and our partners use cookies on this site to improve our service, perform analytics, personalize advertising, measure advertising performance, and remember website preferences.Ok