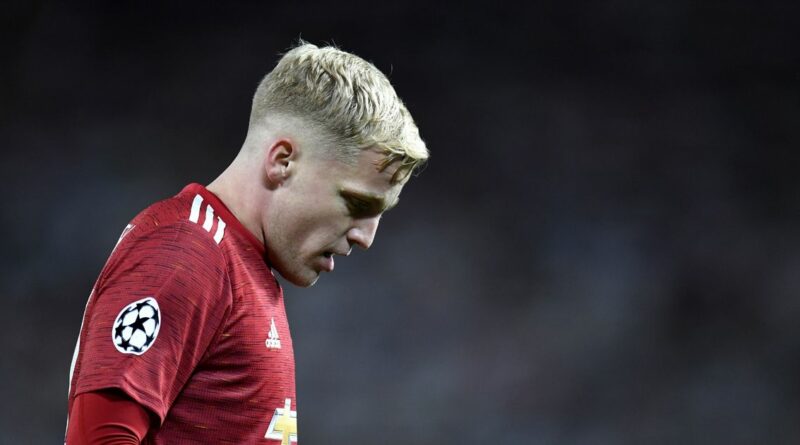 Donny van de Beek is "very unfortunate" because he is competing for minutes with the best attacking midfielder in the world.

That's according to Dirk Kuyt, who claims there is no better No.10 around at the moment than Bruno Fernandes.

The Red Devils ace has contributed a remarkable 21 goals and 11 assists this season and is widely considered to be United's most important player.

In contrast, Van de Beek has one goal and one assist to his name since moving to Old Trafford from Ajax in a £40million transfer last summer.

Kuyt admits his compatriot has had so few opportunities because he plays in the same position as Fernandes.

"I think Donny has been very unfortunate because there are no better players than [Bruno] Fernandes in the world at the moment and he’s playing in his position," Kuyt told Sky Sports .

Fernandes scored twice as United thrashed Real Sociedad 4-0 in the Europa League round of 32 on Thursday.

Van de Beek missed the first leg of the tie through injury and Kuyt is frustrated at the timing of his knock.

Is Bruno Fernandes the best No.10 in the world? Have your say in the comments.

"It is disappointing that he's inured now because [Paul] Pogba is injured – there is some space in the midfield and I was hoping for him that he'd get a chance to show himself off," said the former Liverpool forward.

"But you have to keep being patient and like I said, to make the step from the Eredivise to the Premier League is a very huge one."

Van de Beek came through the ranks at Ajax and lit up the Dutch top flight with his performances in the centre of the park.

Kuyt is sure his compatriot will find his best form with United, adding: "I think Donny van de Beek has shown in the Champions League last year how good of a player he is, so his time will come."