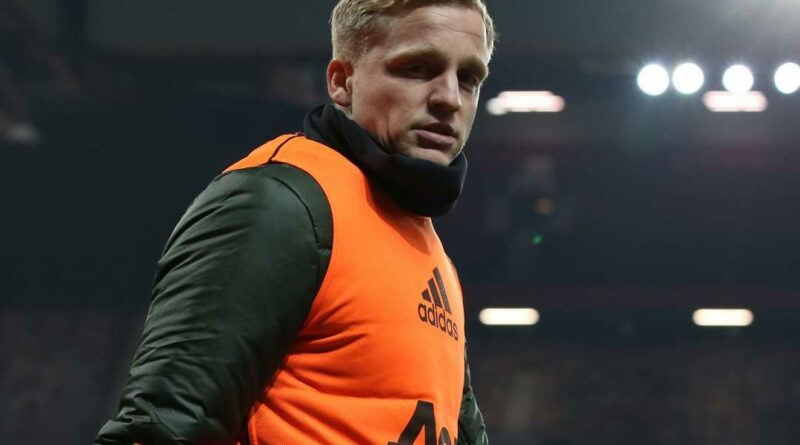 Donny van de Beek does not need to leave Manchester United in search of regular playing time and will get more chances to impress, says Ole Gunnar Solskjaer.

Van de Beek has only made two Premier League starts since his high-profile £40m move from Ajax, with the likes of Bruno Fernandes and Paul Pogba preferred in midfield.

The 23-year-old was told this week that he may need to leave Old Trafford in order to secure a place in his national team’s squad for this summer’s Euros.

Ronald de Boer, the former Ajax midfielder and brother of Netherlands head coach Frank, said: “Maybe it would be good for him to discuss with the club exactly what they want with him.

“If the view on playing time does not improve, he may have to declare that he should be loaned or even sold.”

But Solskjaer laughed off suggestions that Van de Beek should be concerned with his playing time, insisting that his chances will come.

“I’ve answered this question so many times and there’s so many examples of players needing a little bit of time, quality players,” the United manager said.

“We have many examples ourselves and there are other clubs with examples and sometimes it takes time.

“You don’t expect people who care for him to be quiet at times especially when they want the best for them.”

Solskjaer confirmed that Van de Beek would play in United’s FA Cup third round tie against Watford on Saturday, having sat out of Wednesday’s League Cup semi-final defeat to Manchester City.

“Donny is going to play tomorrow, it’s another chance for him,” he said.

“And, yes I’ve spoken to him and made him aware of how much we rate him but he will play tomorrow and it’s a good chance again for him to kick on.”

Arteta fears transfer woe if Arsenal miss out on Europe