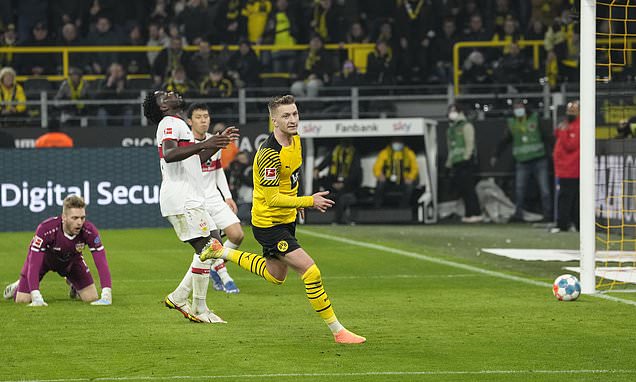 Borussia Dortmund 2-1 Stuttgart: Marco Reus is the hero again after striking late on to send the hosts just one point off Bundesliga top spot… with Donyell Malen also on target despite Roberto Massimo’s leveller

Borussia Dortmund captain Marco Reus tapped in an 85th minute winner to give his team a 2-1 victory over visitors VfB Stuttgart on Saturday and close to within a point of leaders Bayern Munich.

The result gave coach Marco Rose a club record with seven home wins from seven home league matches since taking over this season. 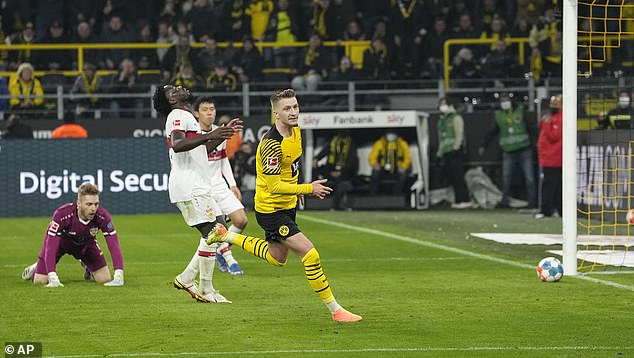 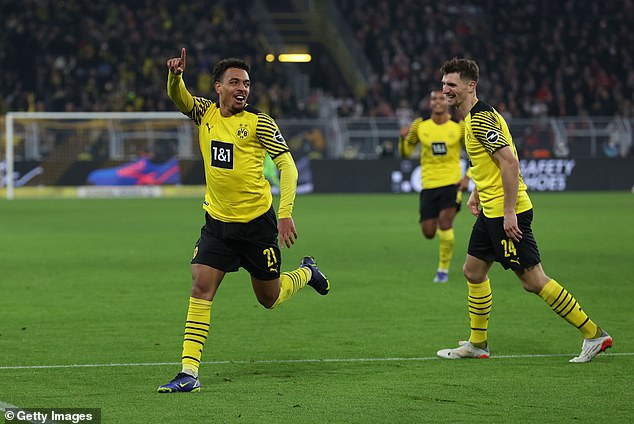 Dortmund move up to 27 points from 12 games, one behind Bayern, who slumped to a 2-1 loss at Augsburg on Friday.

Stuttgart were compact from the start and Dortmund struggled to carve out many clear chances, though Reus and Malen did come close.

It was the visitors, however, who had the best chance in the first half, with Dortmund goalkeeper Gregor Kobel pulling off a sensational save to palm Tanguy Coulibaly’s 38th-minute volley wide. 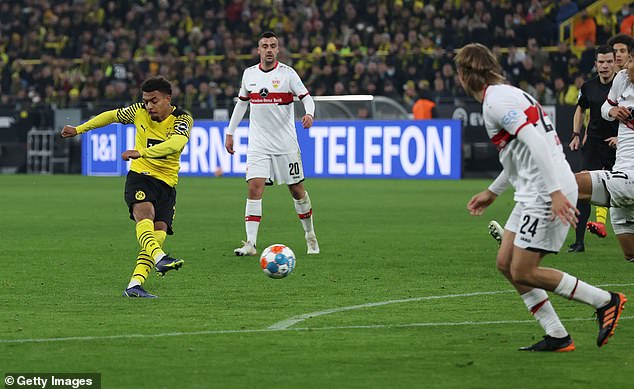 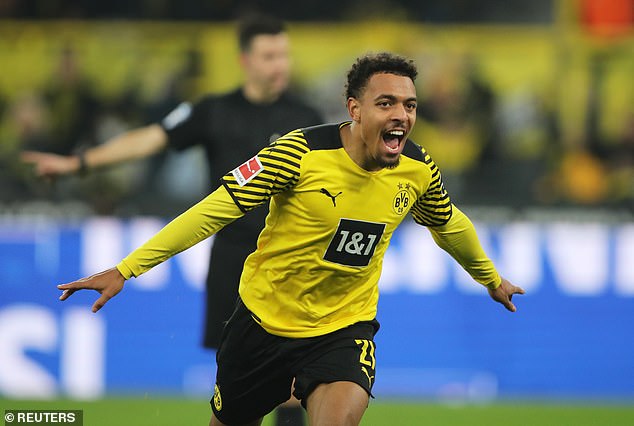 The forward wheeled away to celebrate wildly, but the title hopefuls were soon pegged back

Malen, under pressure to deliver in the Bundesliga after joining for €30million from PSV Eindhoven this season, put the hosts in the driving seat with a deflected effort but it only lasted seven minutes.

Stuttgart quickly bounced back, with Roberto Massimo latching onto a through ball, shaking off two markers and beating Kobel for the equaliser.

The hosts, pushing forward for the winner, struck on a quick break, with Reus launching the move and then finishing it from close range on the rebound after Stuttgart keeper Florian Mueller had stopped Thorgan Hazard’s shot. 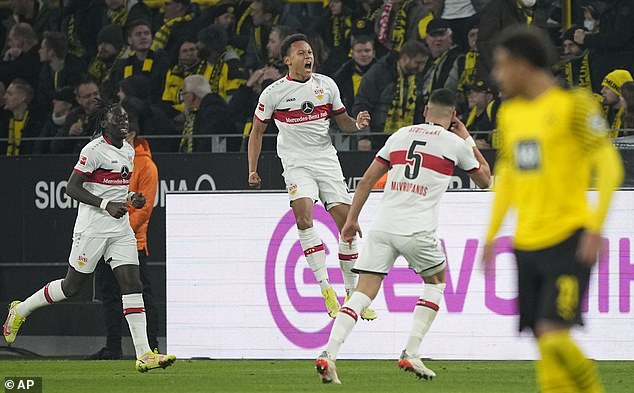 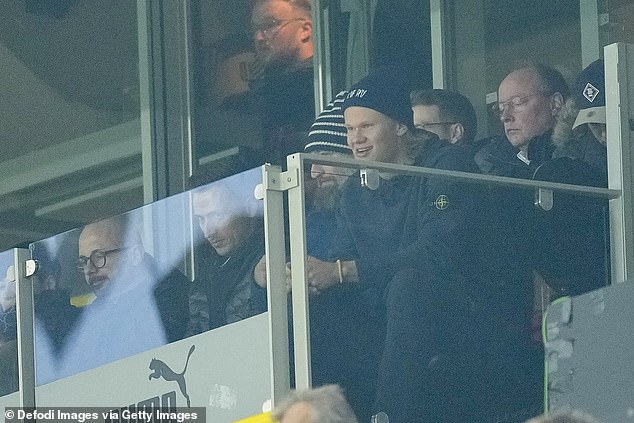 Erling Haaland, who remains out injured for Dortmund, watched the game inside the stands