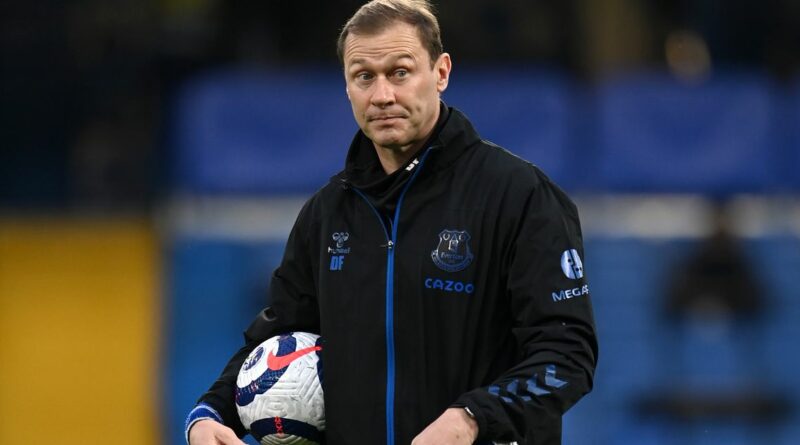 Duncan Ferguson gave punters at a local Everton pub a free round of drinks on Saturday.

Before Everton’s Premier League clash with Aston Villa at Goodison Park, those who were enjoying the historic pre-match ritual of having a pint in the Winslow Hotel were treated to a freebie by the former Toffees striker.

The Winslow Hotel of Goodison Road sits directly opposite the club’s stadium.

Being the pub in which locals often booze out at Ferguson, now enjoying his second stint as caretaker manager following the dismissal of Rafa Benitez last week, provided the superb gesture to get fans in the mood for Steven Gerrard’s return.

The establishment tweeted on Saturday morning: “MASSIVE BIG Thanks to the legend that is Duncan Ferguson #BigDunc #everton for buying all our customers their first drink this morning. Amazing generous gesture, that's a measure of the man.”

There’s more of a sense of optimism with Ferguson back at the helm – and for good reason.

The 50-year-old got his first stint as manager when Marco Silva was sacked in 2018. In the three Premier League games he had in the dugout, he presided over a 3-1 win over Chelsea, a 1-1 draw with Manchester United at Old Trafford, and a 0-0 draw against Arsenal.

Speaking about Everton’s week in training, he said in a press conference: “It’s been a good week. The players are upbeat, the sessions went well and I’m happy with how the players have worked.

Can Ferguson turn Everton's fortunes around? Tell us in the comments section.

“I think it’s just a different voice, isn’t it? That’s the big difference, you always get a reaction with the players. I pushed them as hard as we can. I want them to keep the intensity.

“They’re determined to show their true colours, they were on the floor. It’s very difficult to turn that around. On the training ground they look good, but let’s hope they can do it in a game. That’s where it counts.”

And when Ferguson was asked whether the players know what it takes to play for Everton, he responded: “I think they should know [already] – but they know now, put it that way.”