They haven’t gone away you know.

It was a weakened Shamrock Rovers that landed in Dundalk, but the defending champions showed their quality at key stages to punish that vulnerability.

Goals from the record-breaking Patrick Hoban and Michael Duffy and influential performances from mainstays such as Seán Gannon, Chris Shields and Seán Hoare showed the Hoops the bar they have to reach if this is to be their year.

They did produce a late rally to add intrigue to the dying minutes, and lift spirits for the trip back up the M1.

But they were second best for the business end of this fixture and their lead at the top is now fragile.

Vinny Perth’s team had briefly fallen 13 points behind Rovers due to a sluggish start and games in hand. The Louthmen are now just four behind with a game in hand.

After successive defeats, Rovers will have to pick themselves up and answer some questions when St Patrick’s Athletic come to Tallaght on Monday.

A costly loss to Bohemians on Tuesday seriously complicated their task here, and the Dundalk staff watching that match knew that opportunity was knocking.

Red cards for Trevor Clarke and Lee Grace in that fixture robbed Stephen Bradley of two starting defenders and the unavailability of Ethan Boyle and Seán Kavanagh meant they had no experienced full-backs at their disposal. Sixteen-year-old James Furlong was given a baptism of fire at left-back, while skipper Ronan Finn was deployed at right full against his former club with the career midfielder tasked with shackling Michael Duffy – a scenario the locals weren’t anticipating.

Clearly, the visitors had worked on their plan and they did start well.

With Dan Carr and Joel Coustrain offering a threat on the flanks and Jack Byrne bright as the central playmaker, their application was sharper with Dundalk lacking the same assurance in possession. While Patrick McEleney and Jamie McGrath initially struggled for space to show what they could do, Byrne kept popping up to influence proceedings.

That said, Rovers found it hard to test Gary Rogers during their spell on top.

And, at the midway point of the half, the tide turned dramatically as Dundalk shut down Byrne and began to effectively pick holes in the visitors’ patched-up rearguard. Duffy should have broken the deadlock as he raced on to a Hoban flick yet he overran the ball and allowed Alan Mannus to get out to block his route to goal.

Then, the consistently excellent Seán Gannon sprung forward from right-back to give Furlong an extra headache and sent in a cross that Hoban was unable to convert on two separate occasions with Daniel Kelly also denied in between.

The wind was helping the natives slightly and, at this juncture, retaining parity to the interval was Rovers’ primary task. Gannon slipped in behind Carr again to send another inviting ball across the area which wasn’t anticipated.

The breakthrough was coming yet the disappointment for Bradley will be that it came from a set-piece situation. Further Dundalk pressure down the right forced a corner that was swung in by Duffy with the unmarked Hoban wriggling free from Roberto Lopes to dispatch a clinical header and become Dundalk’s all-time leading league goalscorer – the Galwegian’s 70th moved him ahead of the great Joey Donnelly.

It was a deserved lead and Kelly almost doubled it before the break with Rovers gasping for a breather.

Dundalk picked up from where they left off with Gannon a persistent menace. Furlong could have done with more cover from Carr as the home right full tormented the club where he started his senior career.

And this was the route for the decisive goal with a Gannon advance followed by a clever cross that was skilfully converted by the right foot of Duffy.

That seemed to be game over and a superb Mannus stop prevented Duffy from adding another in almost identical circumstances.

Both managers made changes and Rovers were galvanised as Dundalk switched off. The Hoops had a goal chalked out for offside before subs Brandon Kavanagh and Orhan Vojic combined with the latter clipping the ball beyond Rogers. But the equaliser never looked to be on the cards.

Similar to Tuesday, they were spirited in defeat. But the bottom line outcome has opened this title race right back open again. 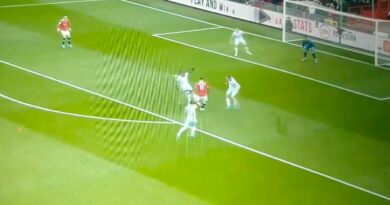