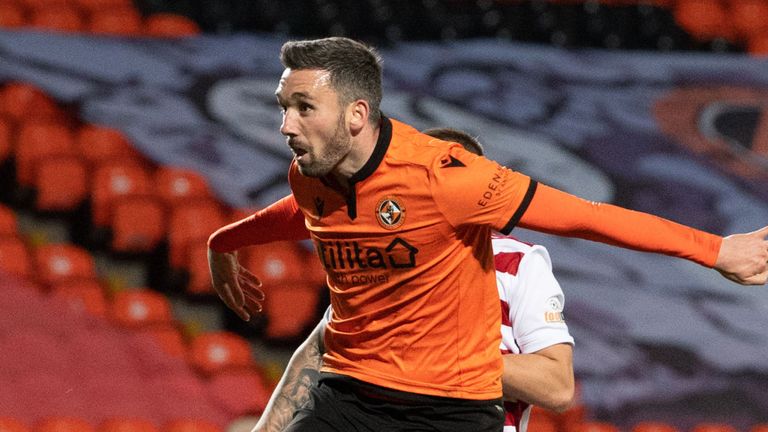 Dundee United extended their unbeaten Premiership run to five games with a hard-fought 2-1 win over Hamilton at Tannadice.

Following a first half with little inspiration on show, bottom-of-the-table Accies stunned the home side when they took the lead through a Ross Callachan header after the break.

However, United hit back with Nicky Clark netting twice with well-taken finishes.

Accies, though, spurned a gilt-edged opportunity to secure a point when Callachan sent a penalty kick soaring over the bar.

The defeat piled further pressure on Hamilton boss Brian Rice, with his side remaining rock bottom of the league and still searching for their first win since September 12.

Accies posed little threat to the home goal in the first half, with their only attempt of note a shot from distance by Scott Martin that was easily gathered by Tangerines ‘keeper Benjamin Siegrist. 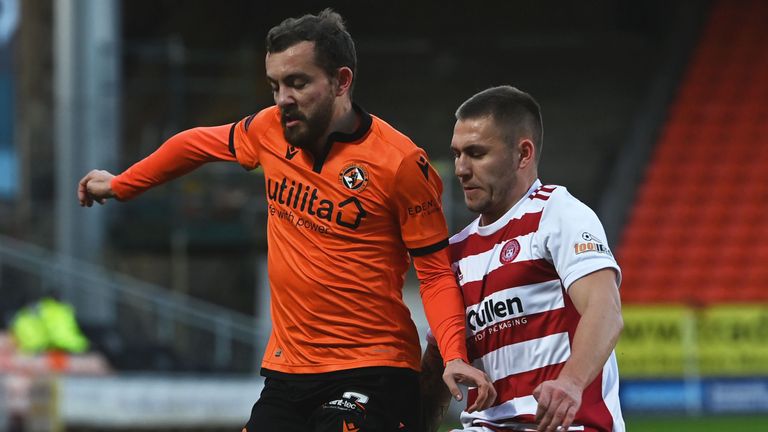 United had a sight of goal just after the break but Fulton denied Clark.

Hamilton also continued to struggle in attack and even when presented with a promising free-kick opportunity, Scott McMann blasted the ball high over the bar.

However, Accies made no mistake when their next opportunity arose in the 65th minute with Callachan gleefully heading home a McMann cross past the helpless Siegrist from six yards. 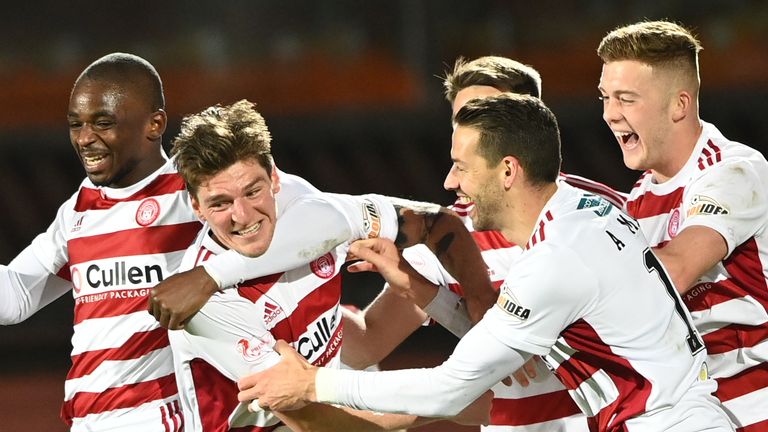 That stung the Tangerines into action and they equalised shortly after, with Liam Smith bursting down the right before a perfect cutback allowed Clark to slot home low past Fulton.

Clark then made it two in the 80th minute with a superb half-volley from the edge of the box after a McNulty flick-on and there looked to be no way back for Accies.

However, the home side were stunned when referee Craig Napier awarded the visitors a penalty for handball by Jamie Robson – but Callachan blew the opportunity, blasting the spot-kick high into the stand.

Accies were left to rue that missed chance, with United comfortably seeing out the game to secure all three points and further cement their position in fifth place in the table.