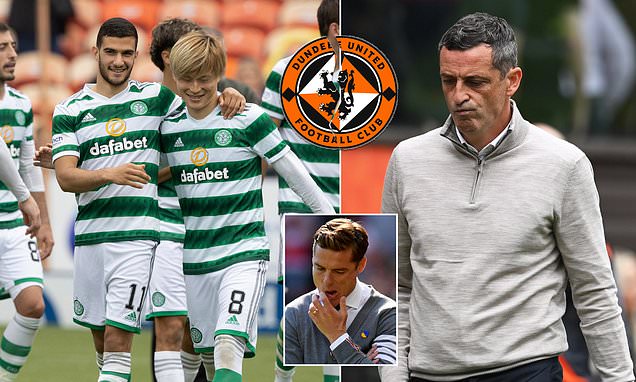 Another boss bites the dust after a 9-0 hammering… Dundee United’s Jack Ross follows Bournemouth’s Scott Parker in being sacked, with manager paying price for Celtic demolition

Jack Ross has been sacked as Dundee United manager following his side’s devastating 9-0 defeat by Celtic on Sunday.

He follows Bournemouth’s Scott Parker in being given the boot after a 9-0 loss, with the Cherries boss axed earlier on Tuesday morning after a hammering of the same score by Liverpool.

Ross’ men were comprehensively beaten by the Hoops and both Kyogo Furuhashi and Liel Abada slotted hat-tricks on a day of humiliation at Tannadice Park. 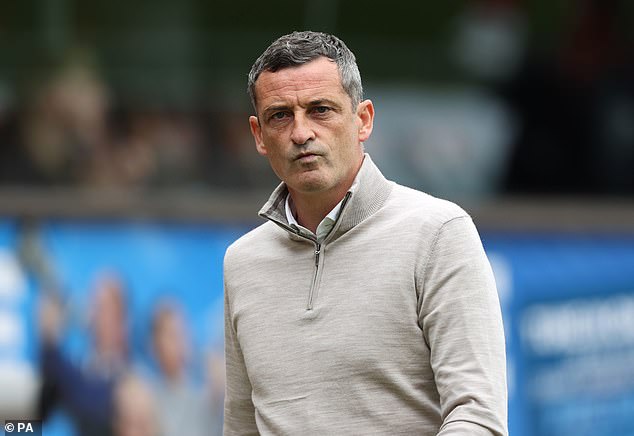 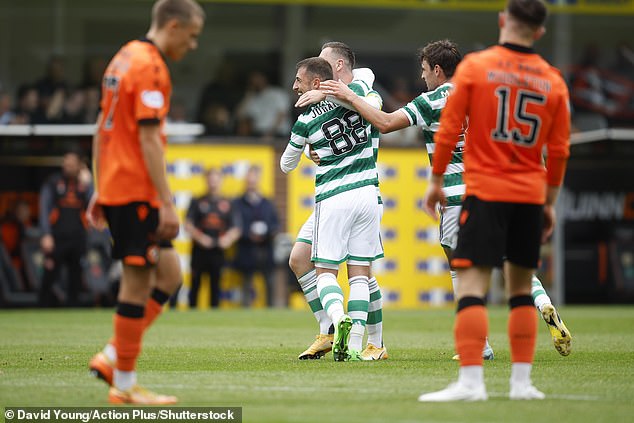 A club statement read: ‘Dundee United can confirm head coach Jack Ross has been relieved of his duties with immediate effect.

‘Liam Fox will take charge of the the first team on an interim basis with the focus now fully on Wednesday’s Premier Sports Cup match with Livingston.

‘No further comment will be issued by Dundee United at this stage.’

United have been on a disastrous run and let in 24 goals in just five defeats over three weeks.

The results make for grim reading for Ross. Having taken charge in June, the opener was drawn against Kilmarnock. 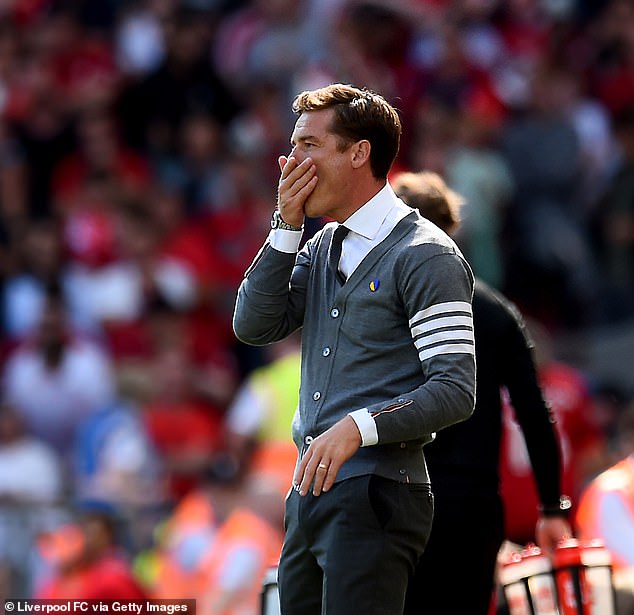 One bright spot of a Europa Conference qualifying 1-0 win over AZ Alkmaar was ruined by a whopping 7-0 loss in the return game away from home.

They lost 1-0 at home to Livingston before being well beaten 4-1 at Hearts and 3-0 by St Mirren before the Celtic calamity.

Bournemouth’s Parker was axed on Tuesday morning with the club 17th in the Premier League table after four games. 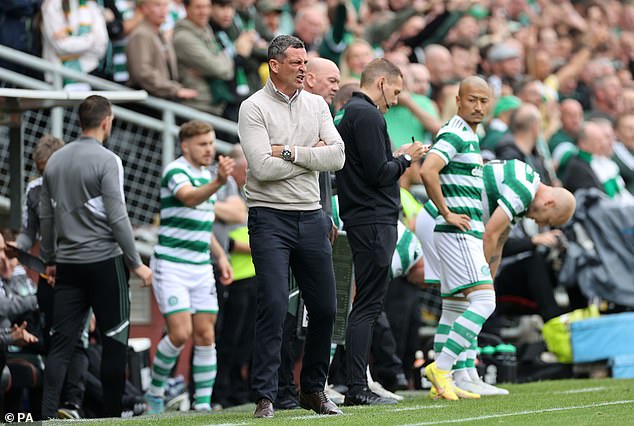 A statement from owner Maxim Demin read: ‘In order for us to keep progressing as a team and a club as a whole, it is unconditional that we are aligned in our strategy to run the club sustainably. We must also show belief in and respect for one another.

‘That is the approach that has brought this club so much success in recent history, and one that we will not veer from now. Our search for a new head coach will begin immediately.’

Gary O’Neil – who was part of Parker’s backroom staff – has taken interim charge and will be assisted by Shaun Cooper and Tommy Elphick. 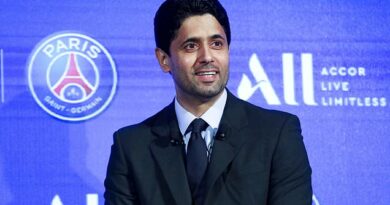