The President of Dutch football has cast doubt over the Premier League's likelihood of finishing the current campaign.

It comes just 24 hours after the Eredivisie was declared void meaning there would be no champion, no relegation and no promotion.

Ajax and AZ were locked on 52 points at the summit while RKC Waalwijk looked doomed at the bottom.

Second tier leaders Cambuur have been hard done by however given their 11-point lead.

But Just Spee, who was the man responsible for the difficult decision, reckons England's authorities are being optimistic about their chances.

The KNVB president said: “The UK will hold on to a sliver of hope as long as it is there, but in reality the chances of completing the Premier League season are slim.

“The English season will need a number of weeks to complete and I doubt there will be enough time. Seeing what is happening with things getting postponed week by week it is probably not realistic.”

Several Premier League outfits have given the green light to voiding the season.

Although the bulk of those are involved in clubs near the bottom of the table and facing relegation.

West Ham chief Karren Brady was one of the first to suggest the season should be declared void and was subsequently criticised. 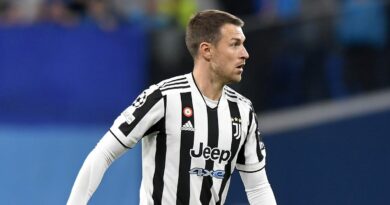 Eric Harrison was the Class of 92’s sergeant major