Paulo Dyblala inadvertently revealed Juventus’ set-piece tactics as he shared a picture with Cristiano Ronaldo in their dressing room.

The Argentine forward captained his side for the first time in their 2-1 win over Empoli on Saturday and had a celebratory picture with Ronaldo, who scored both goals.

The Portuguese pointed his finger towards Dybala who wore a huge grin on his face, unaware of the tactics sheet taped onto the wall in shot. 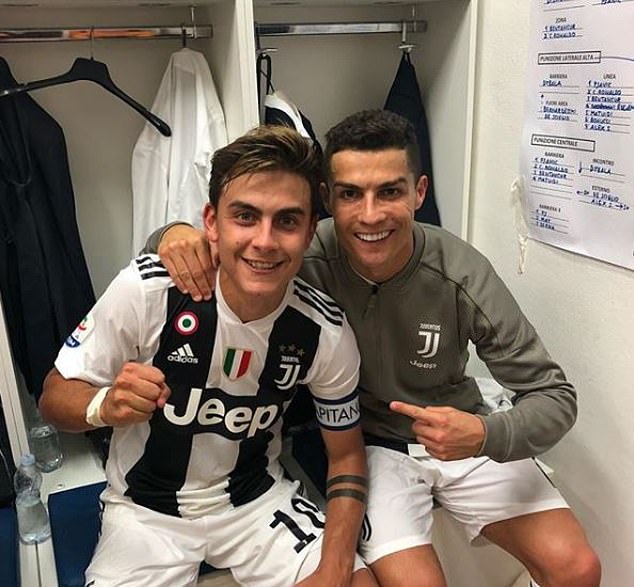 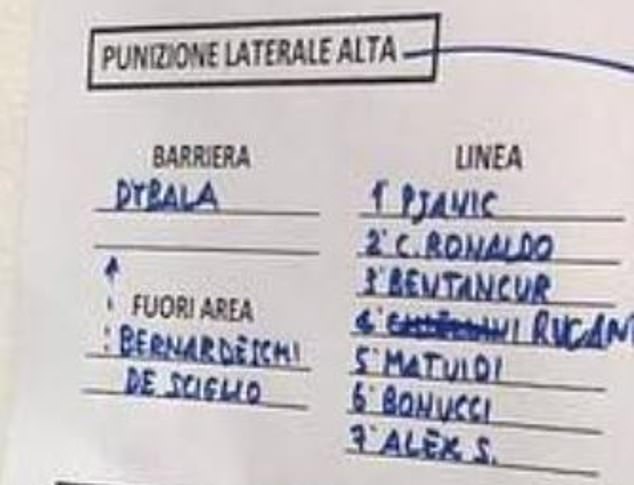 It appeared to display set-piece information with instructions to certain players over what duties to fulfil during free-kicks.

For example Punizione Laterale Bassa, meaning ‘wide free-kick’ provided information on Rodrigo Bentacur and Ronaldo marking a zone whilst Federico Bernardeschi and Miralem Pjanic were told to guard the box.

Though the tactics aren’t exactly revolutionary and don’t necessarily give an opponent the edge, Massimiliano Allegri would no doubt appreciate more discretion. 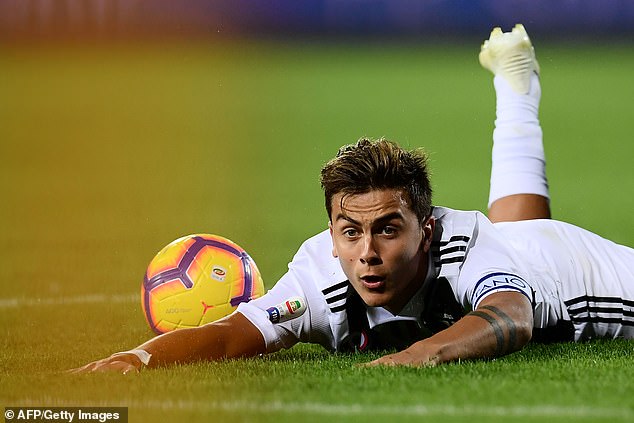 But the Juventus boss might be in a forgiving mood for Dyblala however, as the 24-year-old had a hand in both goals.

The Italian champions came from behind, with Dybala winning the penalty for Ronaldo to equalise before winning back possession during the move that resulted in a 70th minute winner.

The chasing pack will take any minor advantage thrown their way, including leaked tactics, as Juventus have now stretched their lead over Napoli in second to six points. 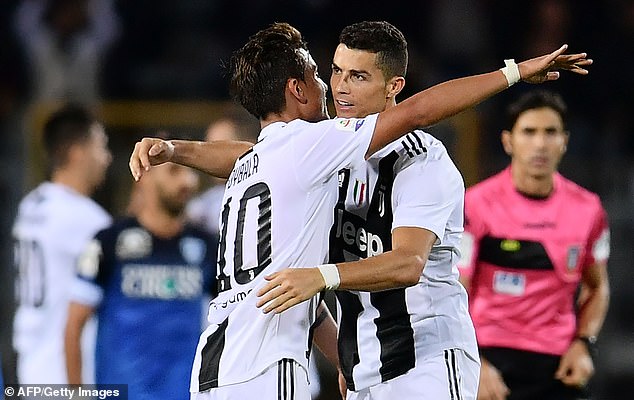 Man Utd to reimburse fans £245,000 as Linz tie is played behind closed doors 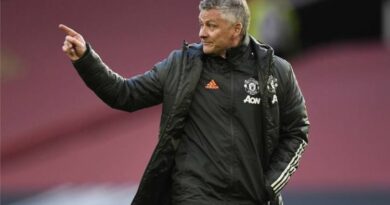