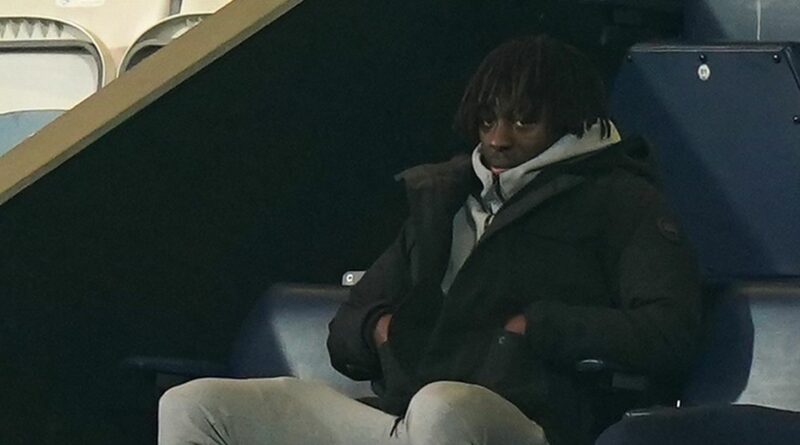 It could leave the ex-QPR midfielder facing a potential FA rap as it comes just 24 hours after the Premier League wrote to all clubs to remind them to reinforce coronavirus protocols.

Eze, 22, was spotted at Queens Park Rangers’ FA Cup tie at Fulham on Saturday with the Championship club insisting their former player was a guest of the club.

But despite reports that QPR had received FA permission, Mirror Sport can reveal no such permission was given for the player to attend and the FA will now be looking into the matter.

It could even have implications for QPR if they were shown to have claimed he had permission when he did not.

Eze was pictured in the stands for the game – which Fulham won after extra time – without a face mask chatting to pals.

Protocols do allow for clubs to invite up to ten guests but they are normally reserved exclusively for executives or directors.

Eze, who joined Palace for £15m from QPR last summer, has been taking regular tests so might have been allowed to attend with permission.

However, it is not clear whether Palace would grant him permission and now it remains to be seen if they will take action, especially in light of the Premier League’s latest crackdown.

Mirror Sport reported last week that Prem bosses had written to clubs to reinforce the message to players after recent Covid breaches such as Benjamin Mendy hosting a party or three Spurs players having a Christmas get together also with West Ham ’s Manuel Lanzini.

The Premier League were promising punishment and a strict crackdown but it is up to the clubs to police their players and that will put pressure on Palace to take action against Eze if the FA pursue the matter further.