Eden Hazard admits Arsenal are far from the ideal opponents for Chelsea to face in the upcoming Europa League final.

The Belgium international scored the decisive penalty in a nerve-shredding shootout following a 1-1 draw against Eintracht Frankfurt at Stamford Bridge on Thursday night.

London rivals Arsenal, meanwhile, booked their place in Baku with a convincing 7-3 aggregate victory over Valencia to keep alive their hopes of Champions League qualification, having blown the opportunity to finish in the top four last weekend.

Only victory at the Baku Olympic Stadium will see the Gunners return to European club football’s elite competition and Hazard knows Chelsea must improve on their recent performances against Arsenal if Chelsea are to kill that dream.

‘We have another game to play against Arsenal. Against them we have struggled in the last two or three years,’ admitted Hazard, whose Chelsea side have managed one win in the last eight games against the Gunners.

‘We need to go there in Bakcu and play a game with high quality and win the game.’

Should the 28-year-old complete his much anticipated move to Real Madrid in the summer, Hazard’s coolly taken penalty could represent his last kick of a ball at Stamford Bridge after seven trophy-laden years.

‘I am not thinking that,’ he added when asked if he would return next season. ‘I am only thinking about winning something for this club this squad.

‘If it’s my last game I will try to do everything if it’s not we will see. In my mind I don’t know yet I’m just thinking to win games that’s it.’ 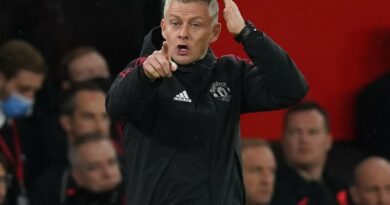