Eden Hazard’s popularity earned him a free pass for last season’s struggles but Real Madrid’s most expensive player needs to become their most important… after his first Champions League goal in three years this week, it’s time to show some magic

If La Liga leaders Real Sociedad have David Silva; pretenders to the crown Atletico Madrid have Joao Felix, and Barcelona eventually get back the best version of Lionel Messi, then Zinedine Zidane knows his Real Madrid team will need their very own Merlin if they are to win the league.

Only one man fits the bill and if Eden Hazard gets fit and stays fit no one doubts he will be the one to put the magic into Madrid’s season.

Hazard was candid after he scored in Real Madrid’s victory over Inter on Wednesday night. ‘I need to play more, I need to build up my confidence,’ he said. When asked how he could get that confidence he said in his improving Spanish: ‘Play! On the pitch.’ 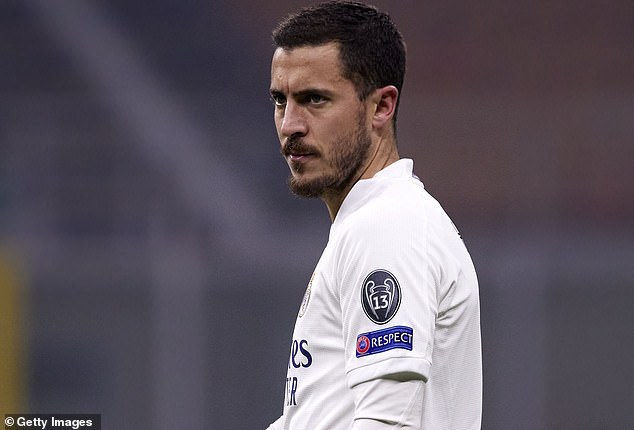 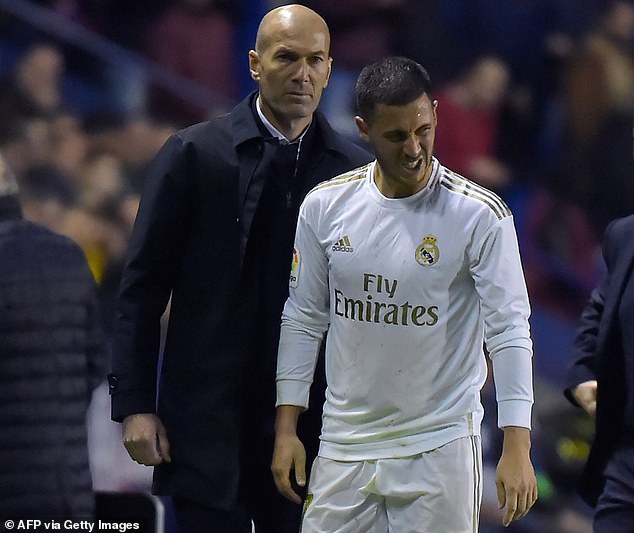 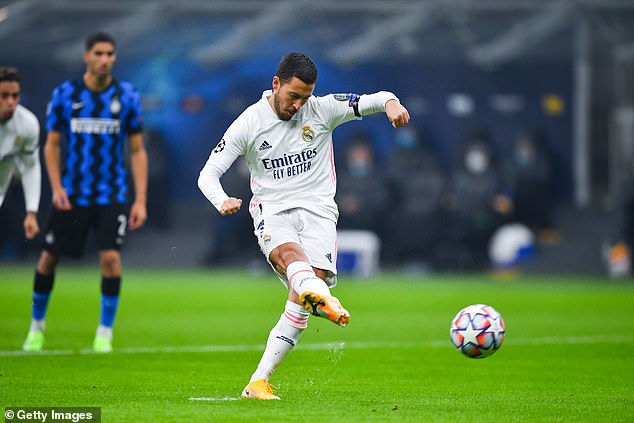 Hazard, who joined LaLiga giants from Chelsea in 2018, scored against Inter Milan this week

Zidane knows only game time can bring the best out of the player he urged Real Madrid to sign for so long, and has since spent so long waiting to get back to his best.

‘Clearly he needs to play more,’ he said after the game on Wednesday. ‘We are building up his minutes. We know how much quality he has and we need that from him.’

The numbers are still awful. The penalty took him to three goals in 27 games. And he was unable to play 90 minutes. But there is cautious confidence that the Chelsea version of the Belgian international has not gone forever and can produce in Spain.

His team-mates believe it too. They have seen the magic in training and feel it’s gradually being transferred to the pitch.

The images from Belgium’s training camp last summer of him carrying extra weight are a distant memory. Roberto Martinez didn’t pick the former Chelsea forward for a single game because of questions over his fitness in October and that raised the question: why was he even there?

Shouldn’t he have been getting into tip-top condition at the club’s Valdebebas training ground under the watchful eye of Real Madrid’s fitness coach Gregory Dupont? 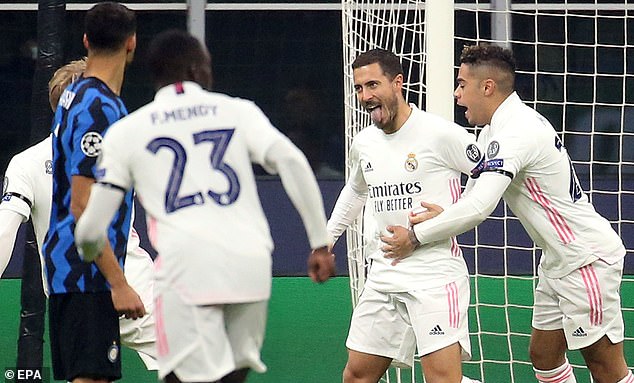 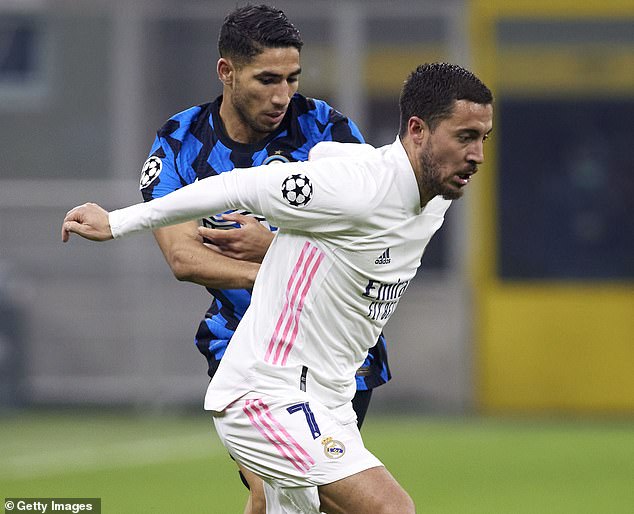 Madrid are not concerned by the slow progress. They want him back for good; not just for a few games before another set-back.

The ankle he had the operation on last January will always be a worry every time he gets close to the sort of physical overload that so many players currently feel but if he is strong then they feel he can shed the injury-prone tag for good.

Last season Madrid won the league but with a solitary goal from Hazard. They did it without him. This season there is not the same level of optimism that they will get over the line first just with solid defensive performances and the security of Hazard’s international team-mate Thibaut Courtois. 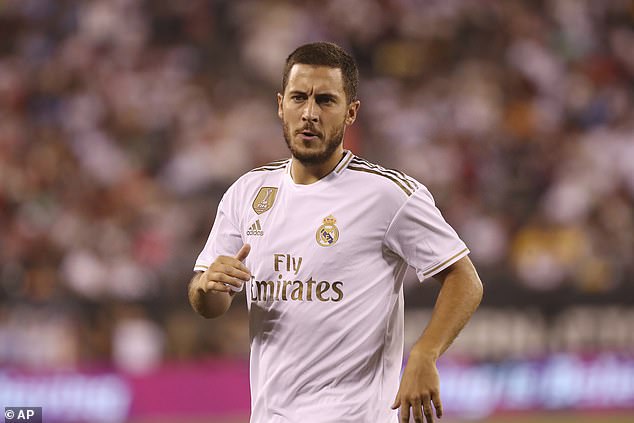 They will need something more. Luka Modric and Martin Odegaard will provide some of that special ingredient but it’s the club’s record signing who ought to deliver it.

His popularity in the camp has helped earn him a free pass for last season and the fact that he was kicked by Paris Saint-Germain’s Thomas Meunier and lost so much of the campaign because of the subsequent surgery.

But his team-mates and his coach need him to start to show leadership. It’s no secret at Madrid that for all that he avoided the off-the-pitch bonding session Gareth Bale was liked within the squad because, at least until his final year, he delivered. The bigger the game, the better he played. 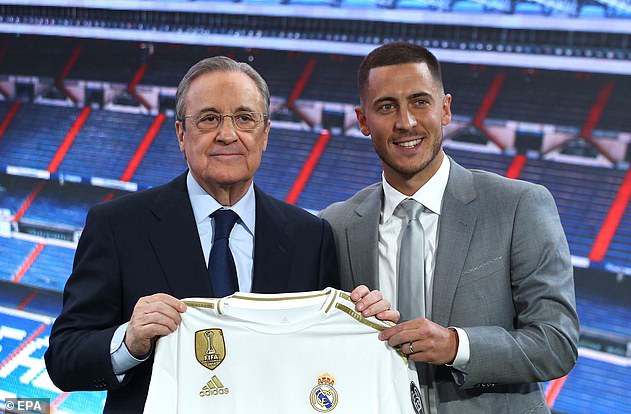 For all the talk of a Kylian Mbappe swoop next summer there are still no guarantees how Madrid will stagger out of the long dark tunnel of closed stadiums and into the light of reduced attendances.

If they have to go another season without a marquee signing then the last Galatico acquired will have to fill the void again. He needs a strong second season.

The signs were there in the Giuseppe Meazza stadium on Wednesday that the day he becomes Madrid’s most important player, and not just their most expensive player, is not too far away. 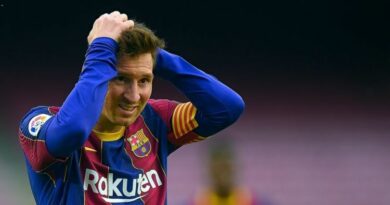