Home » Soccer » Ederson vs Alisson: Manchester City vs Liverpool pits Brazilian goalkeepers against each other 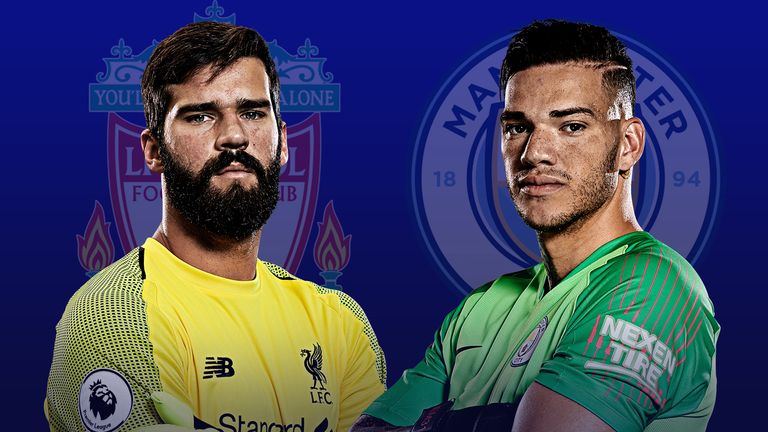 Manchester City’s mouth-watering meeting with Liverpool, live on Sky Sports on New Year’s Day, will feature intriguing battles all over the pitch, but how do the goalkeepers compare?

Ederson played a key role in Manchester City’s Premier League title triumph last season, and Alisson Becker has been similarly important to Liverpool following his arrival from Roma in the summer.

So how do their stats compare? And who would you rather have in your team? We compare the Brazilian ‘keepers ahead of the big game.

Alisson has been the king of the clean sheets this season, keeping 12 to Ederson’s eight and only conceding eight goals – half as many as his Manchester City counterpart.

Liverpool are on track to register the best defensive record in Premier League history and it owes a great deal to the man between the posts. Alisson has made 46 saves so far, 11 more than Ederson despite only facing two more shots on target. 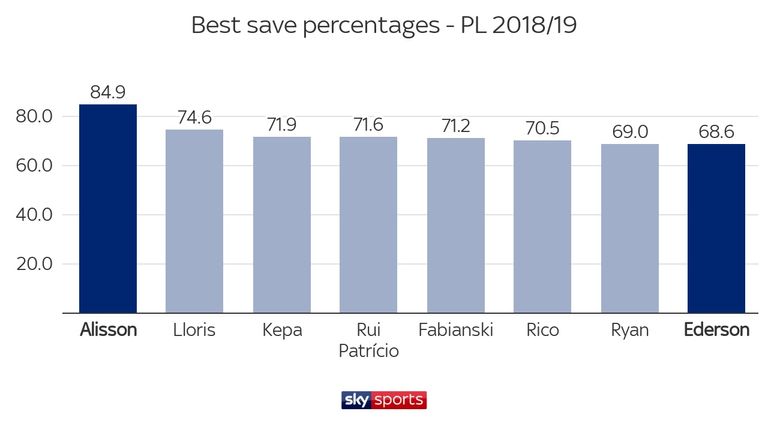 Those numbers give Alisson an impressive save percentage of 84.9 per cent – the highest of any goalkeeper to have played more than 1000 minutes this season and far higher than Ederson’s 68.6 per cent. For context, the highest save percentage among regular Premier League goalkeepers last season was David De Gea’s 80.3 per cent.

Alisson’s saves have often been decisive, with the Reds winning five Premier League games this season by a single goal. In the recent 3-1 win at Burnley, for example, his acrobatic save from Ben Mee’s header with the scores at 2-1 prevented what might have been a costly draw. He also kept Everton at bay before Liverpool’s late win in the Merseyside derby.

Alisson and Ederson are just as likely to catch the eye for what they do with their feet as they are for the saves they make with their hands, and at the weekend, both caught the eye.

In Liverpool’s demolition of Arsenal on Saturday, Alisson had observers drooling with the drilled, diagonal ball to release Roberto Firmino in the build-up to their fourth goal. The pin-point pass turned defence into attack in a flash and seconds later Mohamed Salah was winning the penalty which killed the game. 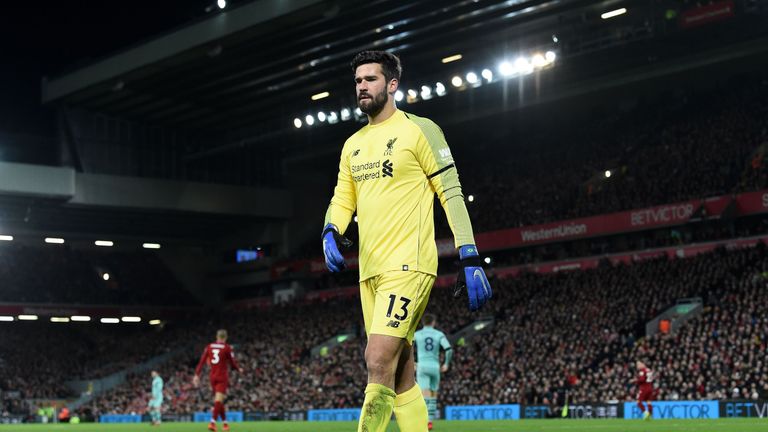 Not to be outshone, Ederson then produced some memorable moments of his own in City’s 3-1 win over Southampton, showing incredible confidence with one dribble in his own six-yard box and launching the attack from which David Silva opened the scoring. Both incidents were typical of Ederson, whose calmness in possession frequently eases the pressure on his defence.

With such high-risk playing styles, it is inevitable that mistakes will be made.

In November, Ederson conceded penalties in consecutive Premier League games against Southampton and Manchester United – first bringing down Danny Ings then mistiming his run again as he felled Romelu Lukaku in similar circumstances. Ederson’s aggression and speed off his line can be a major positive for Guardiola’s side but on those occasions he got it wrong. 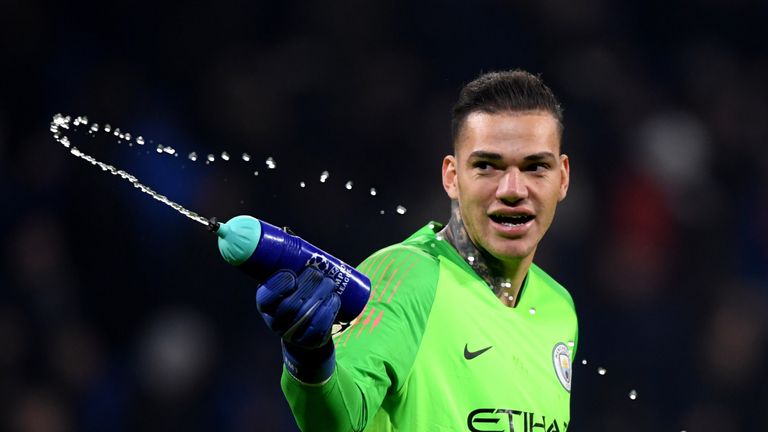 Alisson has made high-profile errors, too. Most notably, he lost the ball in his own box against Leicester in September, allowing Kelechi Iheanacho to set up Rachid Ghezzal to score. Then, against Manchester United last month, he gave Liverpool’s old rivals a lifeline by spilling a Lukaku cross into the path of Jesse Lingard.

Both goalkeepers will hope to avoid any further errors on Thursday. Instead, they will hope to save their sides as they have so many times in the past. It’s another intriguing sub-plot in what promises to be a memorable game.

Who would you rather have? 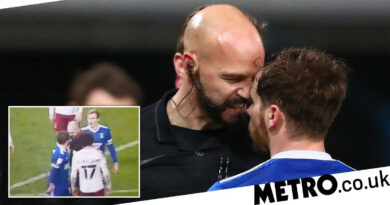