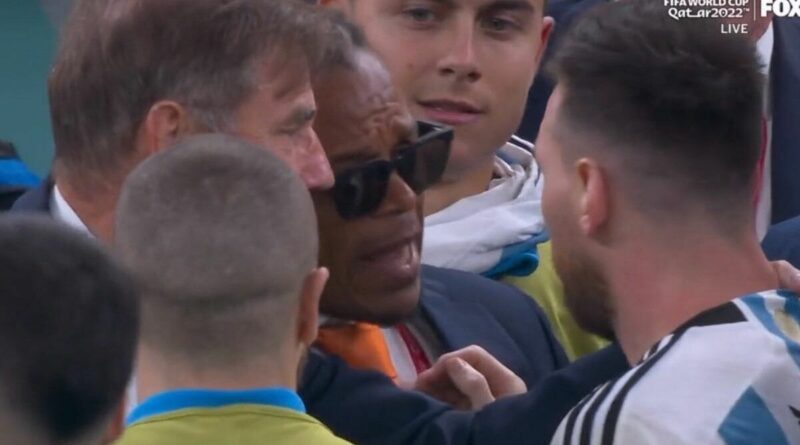 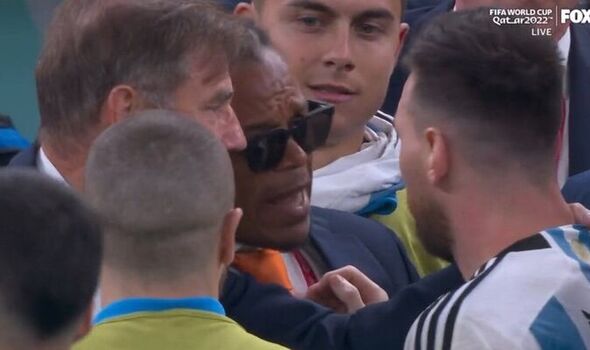 Lionel Messi and Edgar Davids were spotted in a heated row following the eventful World Cup clash between Argentina and the Netherlands on Friday night. Emotions were running high throughout the match with tackles flying in and referee Antonio Mateu Lahoz struggling to keep things under control.

Multiple times during the game both benches spilled onto the pitch with yellow cards being brandished at a record rate. A total of 15 yellows were shown with some coming even when the game went to a penalty shoot-out.

Two Netherlands players were shown yellow cards during the shoot-out, but there was another brawl after Lautaro Martinez sent Argentina through to the semi-final. While most Argentina players went to celebrate in front of their fans with a large number of the Netherlands squad down on their knees in the middle of the pitch, the remaining members of both squads went at each other’s throats once again.

Things eventually died down as both teams were pulled apart by different members of the squads. But Messi was spotted making his way over to the Netherlands bench in the midst of the arguments and appeared to exchange some strong words with Dutch assistant coach Davids.

Messi had seemingly gone over to have a word with Louis van Gaal, who appeared perplexed at Messi’s remark. Davids didn’t want the Argentine to walk away and began sharing words with the Paris Saint-Germain star.

The former Netherlands international appeared irate as he got up close to Messi’s face at one point. Angel Di Maria eventually came to pull Messi away from the scene, but tension was clearly still running high after the match.

During an interview in the mixed zone with Argentina media, Messi looked distracted before calling out someone in the background.

He said in an angry tone: “What are you looking at, fool!”

Messi also took aim at the match official, stating Mateu should never have been chosen for the quarter-final contest in the first place. “I don’t want to speak about referees because after they will sanction you. But people saw what happened,” Messi said.

“I think Fifa must take care of this, it cannot put a referee like that for a match of such magnitude, of such importance. The referee cannot fail to be up to the task.”