Harry Maguire's overall game could be improved by the arrival of Edinson Cavani, if Marquinho's praise of the Uruguayan is anything to go by.

Manchester United's skipper has endured a turbulent few months, making headlines on and off the pitch.

Like his Red Devils team-mates, the world's most expensive defender has turned in several less than impressive performances this season.

But the former Leicester City stalwart could soon find that certain facets of his game have improved from his training ground battles with Cavani.

"For me, it was very good to work with Cavani because he is a great attacker," the United hitman's former PSG team-mate Marquinhos said ahead Uruguay's clash with Brazil.

"In confrontations, you had to be very careful with him and try to cancel him in the best way.

"I really like to face great attackers, to be able to raise my level and train in the best way. That is what makes you improve and grow every day.

"Cavani is a very decisive player and one who gives a lot to his teams. We know how important he has been for his team. He plays everywhere on the field, attacks and defends.

"We will have to be 100 per cent focused because at the slightest mistake, he can score a goal."

The 27-year-old has had to endure his fair share of criticism since moving to Old Trafford, something he attributes to the stature of the club.

He said: "One thing I’ve noticed in my time here – I’ve been here a year and a half – is we are the most-talked-about club in the world.

“Why? Because we are the biggest club in the world. People don’t want us to do well. Why? Probably because of our past success.

"We have to live up to that, we have to react to it and don’t let the negatives get into our bubble inside the training ground. Sometimes it is difficult for the lads.”

Maguire and his Manchester United team-mates will be back in action on Saturday evening, welcoming Premier League strugglers West Brom to Old Trafford. 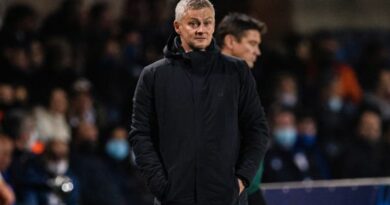