Edwin van der Sar has stuck the boot into Manchester United and accused them of lacking character.

United have become the laughing stock of English football following their worst start to a Premier League season for 30 years.

The fallen giants have won two of their opening eight games to slump to 12th in the table – just two points above the relegation zone.

Under-fire boss Ole Gunnar Solskjaer is under intense pressure to turn things round and has been left battling to save his job.

Van der Sar admits United are like a different team to the one he played in between 2005 and 2011, when he won 10 major trophies including four league titles.

He fears United have no leaders in the dressing room to help them get out of the current mess and the Dutch legend told ESPN: "Of course it's difficult. I left there eight years ago and it was a tremendous last six years of my career, winning four Premier League titles and playing in three Champions League finals.

"So it's a long way from the position where they are in now. They have changed managers a couple times now and the real progress is not seen yet. "They bought younger, inexperienced players in the summer with a certain desire and hunger, and not like the big names they bought the last six, seven years.

"I think for ourselves, when I came in the dressing room we had Ryan Giggs, you had (Paul) Scholes, you had (Rio) Ferdinand, (Gary) Neville and even Roy Keane at that time.

United will look to make some more signings in the January transfer window and want to land a new striker to replace Romelu Lukaku, who joined Inter Milan in a £73m deal this summer.

But van der Sar fears United might struggle because they are not as appealing to targets as they once were and he added: "For a player, you want to play at a certain level.

"You also want to have an idea that you can win trophies and they must take that opportunity also to improve the squad and make world-class players from what they already. 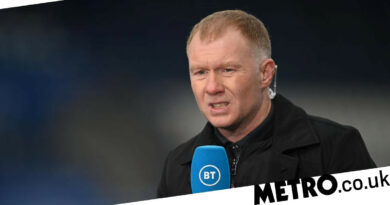