English Football League bosses are calling a crisis meeting for next week, with clubs facing a huge financial threat.

The Football League have postponed games until at least April 3 and expect the delay to go on even longer, which could have huge implications.

It means hard-up clubs throughout the three divisions will miss their regular gate money and there is a further threat of playing games behind closed doors to get the season finished.

Bury went to the wall last year and many other clubs are desperate for cash and struggling to pay players and the EFL is drawing up contingency plans to try and help them get through it.

There are already calls for wealthy Premier League clubs to help and for loans to be made to EFL clubs who could now struggle to survive with the meeting expected to take place next midweek.

The EFL believes clubs will get through the crisis as games do get postponed during a normal season but the battle will be to find emergency solutions if it drags on.

Peterborough owner Darragh MacAnthony told talkSPORT : “It’s the right call by the EFL and let’s reconvene in three weeks’ time or so but there will definitely be cause for concern.

“The average League One and Two club is going to need a loan of £300k to £400k each. We’re losing two games in the next three weeks which will affect our cash flow. 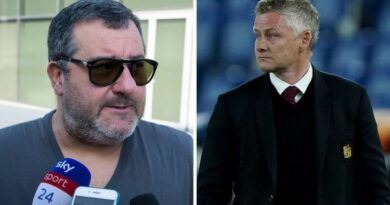 Pogba ‘complained to Mourinho about his tactics’ after Saints draw