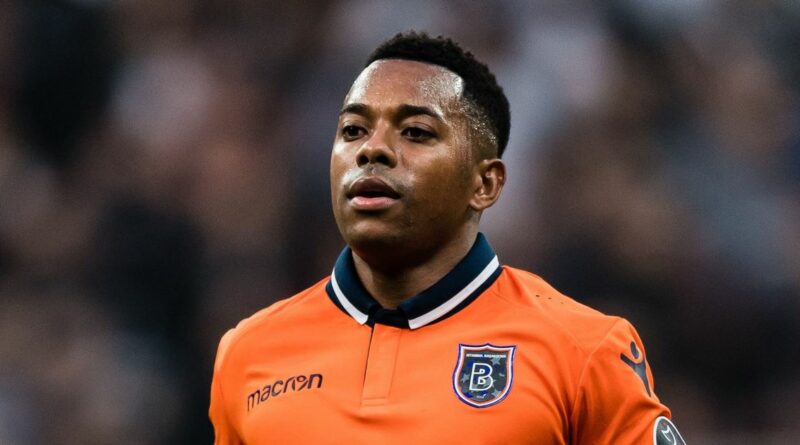 The Turkish Super League may not be quite at the same level as some of the other European divisions, but with heavyweights such as Galatasaray, Besiktas and Fenerbahce, it certainly packs a punch.

There's an abundance of quality too, as Mesut Ozil is just one of the standout names playing their trade in Turkey, and former Liverpool star Jordan Ibe is the latest player to try his luck away from England.

After losing his way at Bournemouth and failing to even get a look in at Derby, Ibe has joined Adanaspor, as he looks to revive his career.

Ibe joins Ozil and many other former Premier League stars in trading England for Turkey, and there are many more names than you may expect that have previously opted to follow that route.

Robinho was the first major signing to begin the Sheikh Mansour era at Manchester City in 2008, but the mega-money move ended in disappointment as he left just two years later.

The £32.5million fee was barely justified, and the Brazilian quickly completed a switch to AC Milan as City made a loss of £10m for each year he spent at the Etihad Stadium.

Ten years after joining City though, Robinho found himself playing for Sivasspor in Turkey, after already doing a tour of Brazil and China after leaving Milan in 2015.

Robinho then joined fellow Turkish side Istanbul Basaksehir a year later, before hanging up his boots at Santos, where the star initially made a name for himself.

Whereas Robinho was a flop, Robin van Persie left the Premier League as one of the all-time greats, being one of the greatest strikers for Arsenal and Manchester United for a combined 11-year period.

Van Persie left United to join Fenerbahce in 2015 despite many fans believing he still had plenty more to give, and they weren't wrong, although it was the Turkish side that benefited from his goal-scoring ability.

Unfortunately though, despite a respectable tally, van Persie failed to win silverware with Fenerbahce, although he did score against his former side when returning to Old Trafford in the Europa League.

After three years in Turkey, van Persie returned to boyhood club Feyenoord, where he is now the assistant manager.

Roberto Soldado was Tottenham's last striker to start in the no.9 role before a certain Harry Kane found his shooting boots, but he Spaniard failed to impress at Spurs unless it was from the penalty spot.

As Kane's dominance showed from the start of the 2014/15 season, Tottenham knew that Soldado was surplus to requirements, and the striker returned to Spain, before joining Fenerbahce.

The Spaniard played alongside van Persie, and became their main threat when the Dutchman left the club, but Soldado failed to inspire Fenerbahce.

In fact, the only trophy Soldado has ever managed to win during his career was La Liga in 2008, as he made five appearances for Real Madrid before being sold.

Harry Kewell has fond memories of Istanbul, as he was part of the Liverpool side that produced one of the greatest ever Champions League comebacks to win the trophy in the Turkish capital.

Kewell loved Istanbul so much, that he left Liverpool in 2008 to join Galatasaray, and the Australian midfielder won the Turkish Super Cup in his first season.

He spent three years in Turkey, scoring 22 league goals from midfield before heading back to his homeland to play for Melbourne Victory.

Kewell has since returned to England as a manager, as he continues to try his hand at a number of lower league roles.

After initially being picked up from boyhood club Leeds United, Aaron Lennon became a star at Tottenham as the north London side took full advantage of the financial difficulties Leeds were enduring.

Lennon spent ten years at Tottenham, but a series of events away from the field impacted his career, and he moved to Everton in 2015.

After struggling to find his previous form at Everton or Burnley, Lennon moved to Kayserispor to spend a season in Turkey, before being re-signed by Sean Dyche.

Lennon scored an unlikely goal at Old Trafford this season to open his account, and the 34-year-old will be hoping to find the back of the net on a more consistent basis with Burnley facing relegation.

Didier Drogba will forever be regarded as a Chelsea legend, and the Ivorian is also one of the finest Premier League strikers of all-time due to his incredible scoring record that helped the Blues to four league titles.

Drogba also delivered Chelsea their first ever European crown, as his winning penalty ended up being his last action for the Blues before leaving for China.

A one-year stint at Shanghai Shenhua was followed by a move to Galatasaray, where the Ivorian won three trophies during his 18-month career in Turkey.

Drogba then made a shock return to Chelsea in 2015, before ending his career in America with Montreal Impact and Phoenix Rising.

It may feel like an eternity ago that John Obi Mikel left Chelsea, but the Nigerian is still only 34, and played in Turkey as recently as 2020 for Trabzonspor.

The midfielder spent 11 years at Stamford Bridge, and followed a similar path to Drogba as he spent a year in China after leaving in 2017, before heading to Turkey.

After leaving Trabzonspor in 2020, Mikel made a shock move to Stoke City, making 39 appearances for the Potters in the Championship before moving to Kuwait.

Despite moving in 2021, Mikel failed to register a single league appearance for his new side.

After initially coming through the ranks at Chelsea, Liverpool took a punt on Fabio Borini who was tipped as a future Italian star, but Brendan Rodgers soon found out that this wasn't perhaps the case.

Borini had a successful loan spell at Swansea City, and Rodgers decided to bring the Italian with him to Liverpool when he became the new boss at Anfield.

The move was a disaster and Borini failed to make much of an impact at Sunderland either, and after returning to his native Italy, he signed for Turkish side Faith Karagumruk in 2020.

The Italian seems to be enjoying his football again out in Turkey, and Borini has nine goals in 24 league appearances for his new side.