The Bundesliga striker was one of the German side’s best players last campaign as they clinched a Europa League Conference place. And Euros star and Manchester City player White says that she used the celebration in dedication to the frantic German league, which she often watches.

Indeed, she revealed that it is inspired by her favourite teams in that league and one of their star players, with Modeste also celebrating in a similar fashion. “I like watching the Bundesliga, I support Cologne and striker Anthony Modeste, that’s his celebration,” said White.

“My husband was like, why don’t you do that? But I’ve started something I can’t really stop now! We just love German football and went over there on a break and loved the atmosphere and the football.”

Modeste had actually played for Blackburn before – and helped the side back in the Bundesliga the season before last. White recently the Lionesses reach the final of the women’s Euro 2022 campaign.

England’s all-time record female goalscorer helped the tournament hosts in a 4-0 win over Sweden at Bramall Lane. An emotional White spoke to her club after the win about how much it meant to her. She said to the club’s official site: “I wear my heart on my sleeve – I think everyone knows how much I love playing for England and being part of this group,” she said.

Do you think the Lionesses can go on and win the tornument? Let us know in the comments section “All of the emotion came out. It’s just so special to be part of this group – the players we have, the talent, the depth. It’s a real family and we’ve really grown, especially since Sarina [Wiegman] has come in. For the whole group, it’s been an incredible journey.”

The 33-year-old is one of the biggest names in women’s football, having played for a whole host of clubs including Chelsea, Leeds Carnegie, Arsenal, Notts County, Birmingham City – and now most recently City, who she signed for earlier this month on a two-year deal.

England’s record scorer has netted 52 times for her county in 109 appearances. While at club level, she has found the back of the net an incredible 140 times in 291 outings. 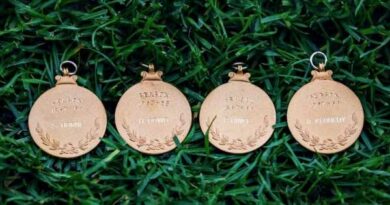