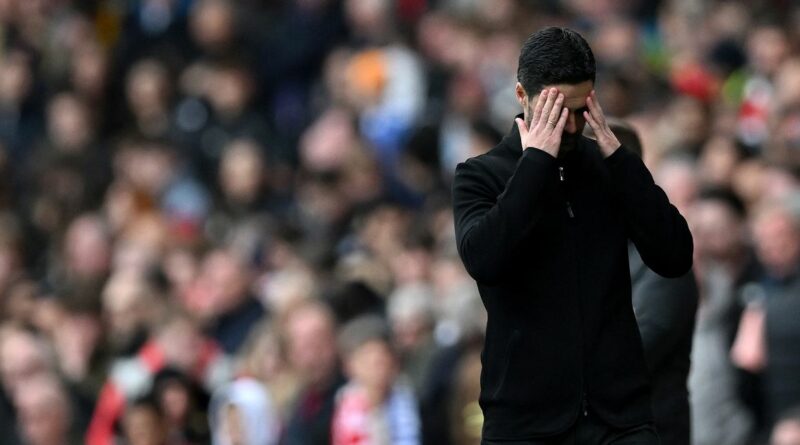 Arsenal have handed North London rivals Tottenham Hotspur a boost in the race for Champions League football, and their inability to finish clear-cut chances certainly appears to be to blame.

Spurs are now three points above the Gunners and sit in the fourth spot, though Mikel Arteta ’s side do have a game in hand. But in a worrying trend, Antonio Conte’s side are consistently outscoring Arsenal.

It has been revealed that after Tottenham’s 4-0 victory over Aston Villa on Saturday evening, they have now scored more Premier League goals under Conte, who was appointed as Spurs boss in November, than Arsenal have all season. The Gunners were handed their second defeat of the week on Saturday at the hands of Brighton.

Arteta’s side lost 2-1 at home to the Seagulls, with Leandro Trossard and Enock Mwepu putting the South Coast outfit in front before Martin Odegaard’s 89th-minute strike gave the Gunners a glimmer of hope. Arsenal certainly had chances to get back into the game but lacked a clinical edge in front of goal, with Eddie Nketiah hitting the bar after Odegaard had previously struck the woodwork from a free-kick.

In contrast, Tottenham were far more clinical at Villa Park. Heung-Min Son opened the scoring for Spurs after just three minutes when his sweetly-struck half-volley bounced in off the post.

January signing Dejan Kulusevski then made it 2-0 just after the half-time break before Son scored his second and third to cap off a brilliant evening for Conte's side. And what was all the more impressive was that Spurs scored four from five of their shots on target.

Speaking after his side's defeat, Arteta said: “The first half was really poor again, the reaction that we wanted to show and everything we talked about we didn't make it happen on the pitch. We were sloppy with the ball, we were second best in a lot of situations, we didn't show any purpose or build any momentum in the game, we didn't play with the right speed and transform the game.

"Brighton proposed today and the first chance – the only chance they had – they scored a goal. We created a cold atmosphere we were uncomfortable with. When we tried to change it, it was great not to give up but it was too late.”

"The fans were here and again they were exceptional. You can see the moment we gave them something… but we played a game that you could not see the purpose, the intention of what the team was trying to do. We didn't give them anything in the first half and that is down to us." 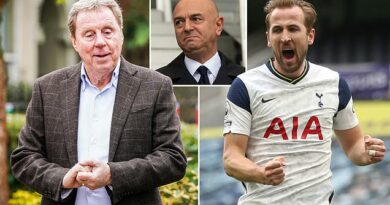 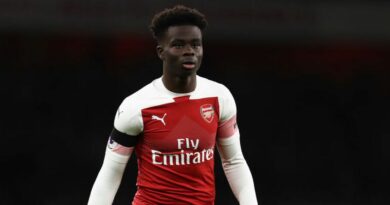