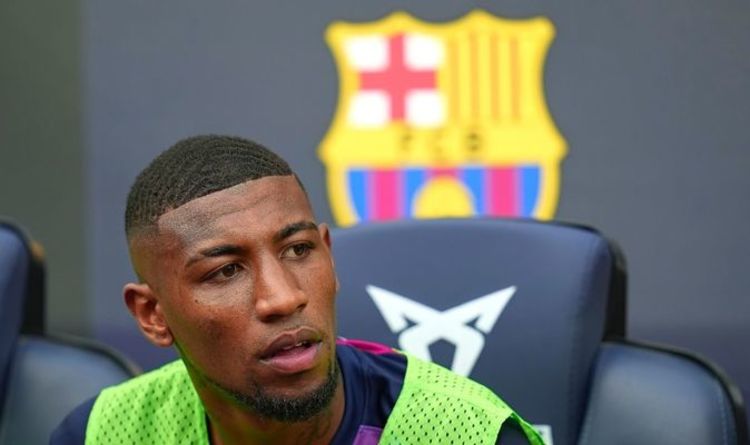 Radio reports in Spain claim Emerson Royal is ‘hurt’ by his imminent move to Tottenham because he did not want to leave Barcelona this summer. The Brazilian full-back only completed a permanent switch to Catalonia from Real Betis at the start of the window but now he is on the move again as he prepares to join Tottenham.

It’s understood Spurs have agreed a fee with Barcelona to bring the full-back to north London, where he will battle Japhet Tanganga for a place in Nuno Espirito Santo’s side.

Right-back has been a priority for technical director Fabio Paratici all summer and a number of names have been linked with the club in recent months.

A deal to sign Bologna’s Takehiro Tomiyasu was close but talks over a £17million move collapsed before the defender headed off to the Tokyo Olympics.

Now Arsenal look set to pounce and they are in talks to sign the Japanese international to replace Hector Bellerin.

But according to Sky Sports, Emerson is now the man heading to Tottenham with a medical underway in Barcelona.

A fee of £25.7m is believed to have been agreed between the two clubs.

Surprisingly, Radio Marca say the 22-year-old does not even want to join Tottenham though.

He instead wanted to stay at Barcelona, having started the 2-1 win over Getafe last weekend.

Spurs are said to have told Emerson he will be an important player for the club when holding talks with the player’s reps.

That would suggest he will be first-choice once settled in his new surroundings at Tottenham.

Emerson was actually a target for Arsenal earlier in the window but Spurs have now decided to press on with a deal.

Tottenham are actively trying to sell Serge Aurier of Matt Doherty before the transfer deadline.

DEADLINE DAY LIVE – FOLLOW ALL THE LATEST WITH EXPRESS SPORT

Spurs are willing to help either find a new club, should the opportunity present itself.

Adama Traore is not expected to arrive at Tottenham before the transfer window closes, barring a dramatic swing of events.

The Spaniard was the subject of a loan offer plus £40m option to buy last week but Wolves rebuffed the approach.

Bruno Lage has made it clear Wolves do not want to sell and will do everything within their power to keep their jet-heeled winger.