‘Maybe he’s broken his jaw but I hope not’: Arsenal boss Unai Emery reveals Laurent Koscielny was sent to hospital after defeat to Manchester United

Arsenal defender Laurent Koscielny was sent to hospital with a suspected broken jaw while Sokratis Papastathopoulos left the pitch in pain as boss Unai Emery felt the effects of losing his first choice centre back pairing.

The Frenchman went down clutching his face following an accidental collision with Manchester United striker Romelu Lukaku, who was Man of the Match in United’s 3-1 win in the FA Cup fourth round tie on Friday night.

Earlier in the contest Sokratis landed awkward after an aerial dual with Jesse Lingard and was forced off. For Emery, the ‘bad’ result was compounded by the defensive injuries. 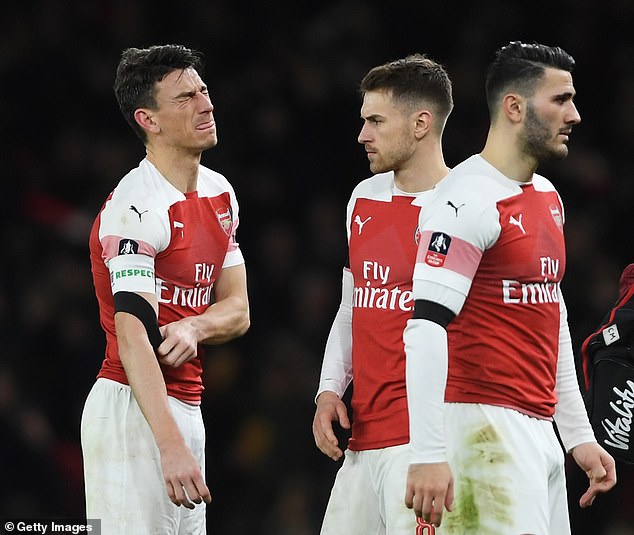 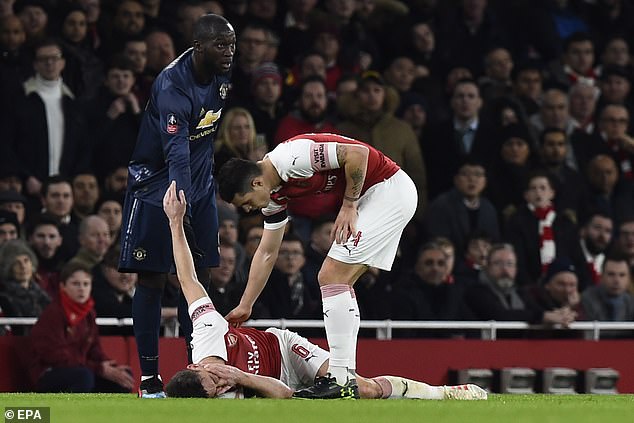 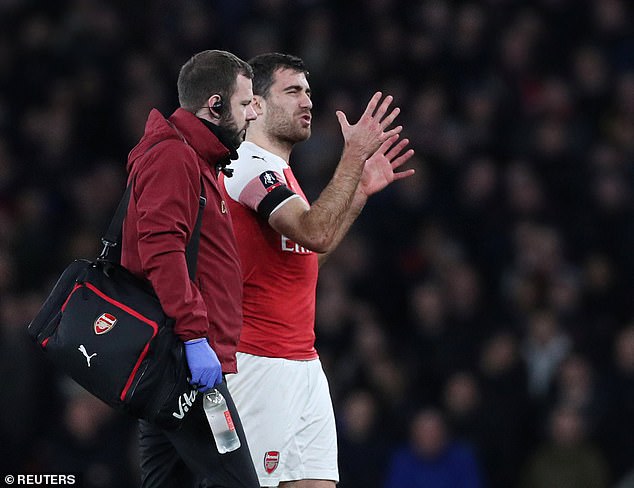 ‘I think they weren’t big injuries for Sokratis,’ boss Unai Emery said. ‘Maybe Laurent Koscielny is going to hospital to [analyse] what injury he has. Maybe he’s broken his jaw but I hope not.

‘I’m happy because I think our work is good, but the result is bad. Today it’s the result and the injuries.

‘They don’t help us to be in the match, maybe when the result’s 1-2. In this moment we had the possibility to grow and to win, but these injuries – especially the one to Koscielny – didn’t help us because our rhythm went down. 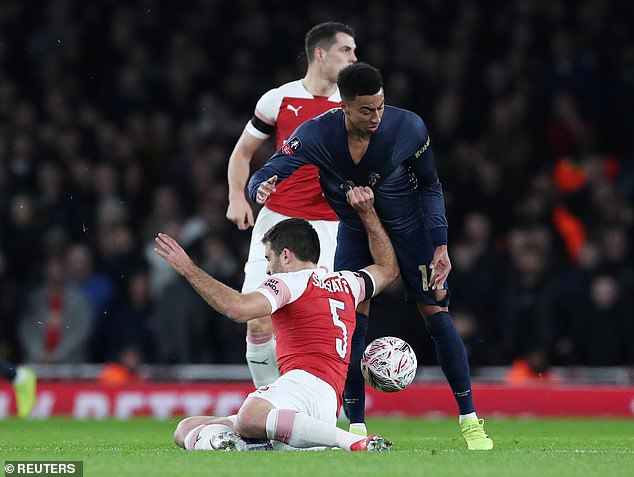 ‘Also, we needed to change different players to play at centre-back.

‘They were very clinical today and in the moments when we attacked, we got into the box but couldn’t produce the last action to score.

‘We deserved more but we played against Manchester United who are in their best moment of the season, and they have a lot of players to make the difference. (Marcus) Rashford and Martial came on as well.’ 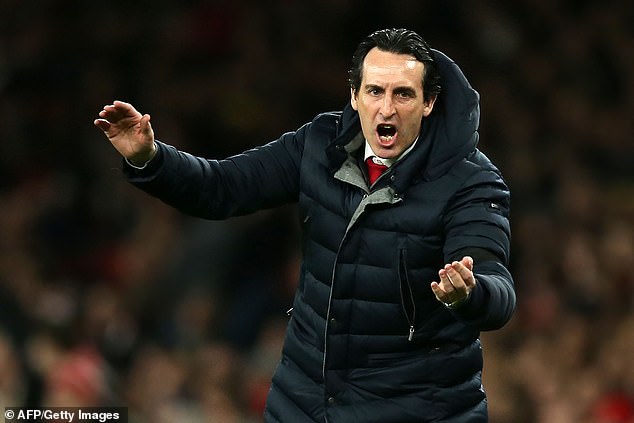 United are in lethal form right now with eight wins in a row since Ole Gunnar Solskjaer took over from the sacked Jose Mourinho.

Anthony Martial came off the bench to put the result beyond any doubt after Alexis Sanchez and Lingard netted two minutes apart to put United in control.

Pierre-Emerick Aubameyang made it 2-1 minutes before the break but the Gunners will now seek an immediate response against Cardiff this weekend in a bid to stop their top four bid from derailing. 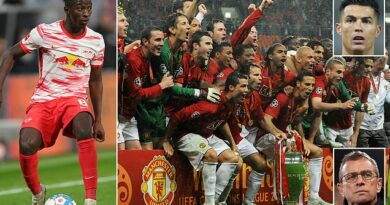 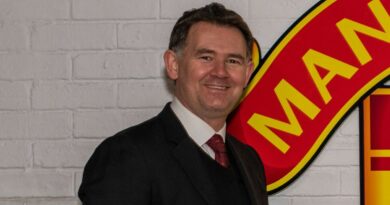