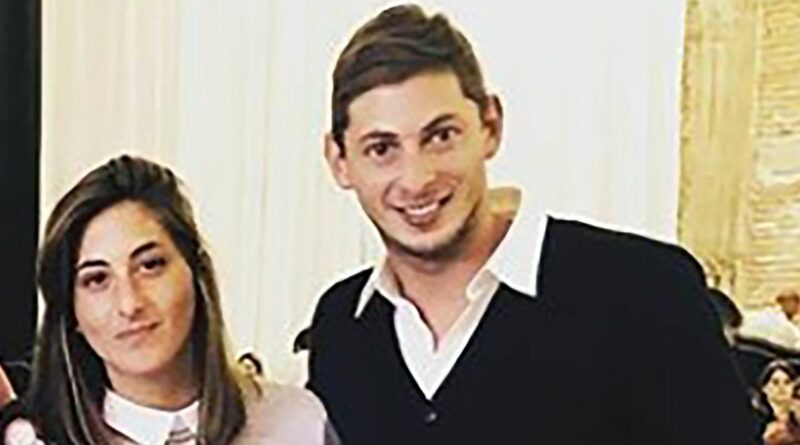 Tragic Cardiff City striker Emiliano Sala’s sister Romina has said she wants to forge a new path in life with her “plasticine body and skin” in a heart-wrenching social media post penned after being released from hospital following an attempt to take her own life.

The 29-year-old mum-of-one said her close brush with death had left her knowing she had to start over again with different priorities in life.

She added: “The word control stopped existing in my dictionary. Nothing remains where it was before.”

Romina, who led her family’s fight for justice over her brother’s January 2019 death in a plane crash off Guernsey, was rushed to hospital in her native Argentina in the early hours of July 6 after a concerned friend found her in her apartment following worrying WhatsApp messages.

She was described as “critical” after being admitted to an intensive care unit at Jose Maria Cullen Hospital in the city of Santa Fe.
Romina, one of three siblings, published her emotional post overnight alongside an old photo taken at the entrance to London’s Chinatown.

She wrote in the message which was penned in Spanish: “In the days that passed, a personal event took my feet off the path I had chosen to walk.

“As I once said, life is unstoppable and the only thing we have left in the face of that power is to slow down, change the direction of our wings and fly with the wind that turned in the middle of its own journey.

“One of the things that slowed down along with my feet was my head. I could think it emptied and I wouldn't be thinking the wrong way.

“I try to seek out the concepts I had inside and they no longer serve me. The goals I had a week ago are no longer in the same place. My priorities and the things that supported them fell like a deck of cards. And the word control stopped existing in my dictionary.

“Nothing remains where it was before, because when something unexpected occurs, not only is there no longer anything, there’s also nothing before it. One day, everything appears to begin again. One day we have to start over again.”

She added in the letter, ended with thanks to three people including her brother Dario: “I do not feel anguish. Not any longer.

“I feel the possibility that life opens for me to be aware of what I am going to choose to continue living with a different landscape.
It doesn't just happen to me.

“I have to reinvent a new path. Roll up another pair of sleeves, in other hands, of a life that is anything but stable and still. And it's not bad.

“From time to time I fall into the trap and I see myself wanting things that are just that: things. And luckily, a new stone on my head reminds me that I do not need anything in the form of an object to be happy. The world comes with little presents that we never open because no one ever told us they were ours.

Emiliano, 28, had been flying to Cardiff from previous club Nantes in France to complete a £15million transfer when his plane came down on January 21 2019.

A private search mission paid for by his family found his body inside the wreck on February 8 that year. The body of British pilot David Ibbotson has still not been recovered.

A report by the Air Accidents Investigation Branch previously concluded that the aircraft carrying Sala and Mr Ibbotson, from Crowle, Lincolnshire, suffered an in-flight break-up while being flown too fast for its design limits.

It also found that the pilot lost control while attempting to avoid bad weather.

Investigators found a contributory factor in the crash was Mr Ibbotson having no training in night flying, and a lack of recent practice in relying only on cockpit instruments to control a plane.

They also found that he held a private pilot's licence that did not allow him to conduct flights for reward.

David Henderson, who is alleged to have arranged the flight, is due to stand trial in October. He denies any wrongdoing.
A full inquest into Sala's death is not expected to be held until 2022.

If you’re struggling to cope with mental health issues, there are ways you can access help.

Samaritans (116 123) operates a 24-hour service available every day of the year. If you prefer to write down how you’re feeling, or if you’re worried about being overheard on the phone, you can email Samaritans at [email protected]

‘I told them I loved them, they told me they loved me’: Jurgen Klopp reveals emotional call with family after Liverpool title win