The Chelsea players have vowed to Roman Abramovich that they will return to the Champions League final in the future, coach Emma Hayes has said.

The club’s owner was in attendance as Hayes’ side fell 4-0 behind after little more than half an hour, a position from which they could not recover as Barcelona clinched their first title.

Hayes said the players had a chance to speak to Abramovich after the game and have pledged to do all they can to return to the summit of European football in future.

“Our owner came in to see us, and all the girls were very quick to tell him that we’ll be back here and we’ll work hard on the training pitch to make sure we do that,” Hayes said.

“If I know this group well enough I know that they mean those words. This is just another step in our journey.”

First attempt at learning. We will grow from last night. Thank you so much for all the kind messages of support. Our game will keep getting bigger and better. Perspective. 4 medals are not too shabby. Congrats @FCBfemeni class outfit and worthy winners. 💙💙💙 pic.twitter.com/kR0f29X33Z

Hayes remains proud of the efforts of her team who wrapped up a second consecutive Women’s Super League title after retaining the League Cup in March, and also have a fifth-round FA Cup tie with Everton to look forward to this week.

However, she maintained there would be improvements made as her side learn from the pain of losing on the biggest stage, just as Barcelona proved to have done following their loss to Lyon in the 2019 final.

“We’re double winners so far this season. We’ve had an exceptional season,” she said.

“I think the disappointment that will be felt in the dressing room is that the game was over before it began.

“That’s what’s difficult, because when you then end up having to chase a game it becomes transitional; you’re one-v-one everywhere.

“That’s something we’ve prided ourselves on, and something that, if we want to go up to another level, then we have to reflect on what that takes to do that because I think the better team won the game.

“For us, we have to close that gap against them. They had the pain of two years ago and it showed.” 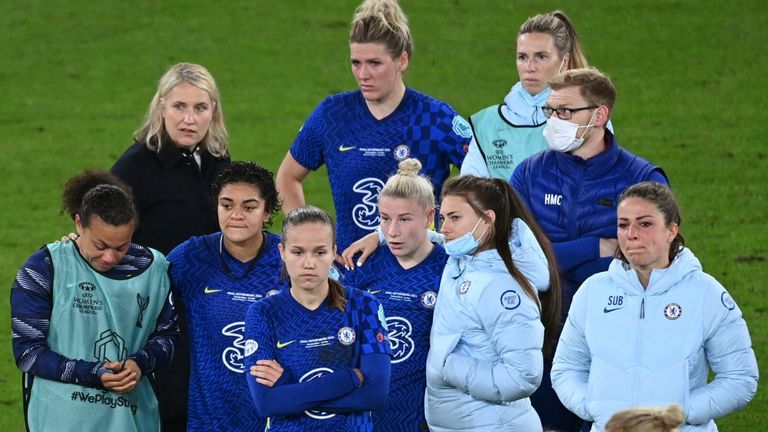 ‘Resilient Chelsea will bounce back’

Crystal Palace goalkeeper Chloe Morgan said the resilience of Hayes and her Chelsea side will ensure that the team bounces back from the disappointment of defeat at the final hurdle.

“When you look at the history of the Champions League, Barcelona lost the final two years ago and that was a big learning curve,” Morgan told Sky Sports News.

“Barcelona were a class above [on Sunday] and I think Emma Hayes will have to just concede that. Sometimes you have to realise and appreciate that the better football was played by Barcelona.

“Obviously they’ve got the fifth round of the FA Cup coming up as well, so there’s something positive to look forward to, another cup to be fighting for.

“You could tell at the end there were so many high emotions.

“I saw Magdalena Eriksson crying at the end and I don’t blame her, it’s been such a phenomenal season for them all, and walking away from such a big final like that with a loss like that is going to be hard to take.

“But I know Chelsea, they’re going to bounce back; they’re a strong, resilient side.” 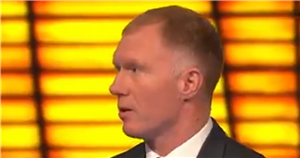 FA confident Phil Neville will not walk away