West Ham’s debutant goalkeeper David Martin hopped over the Stamford Bridge advertising boards and climbed up the stairs, as if he was Pat Cash and this was the 1987 Wimbledon final.

He found his father, Alvin, the club legend who was sat among the journalists in the press box and had just seen his son keep his first Premier League clean sheet.

Both were in tears as they embraced. Journeyman David is 33 years old and only found out on the morning of the match that he would be making his debut. 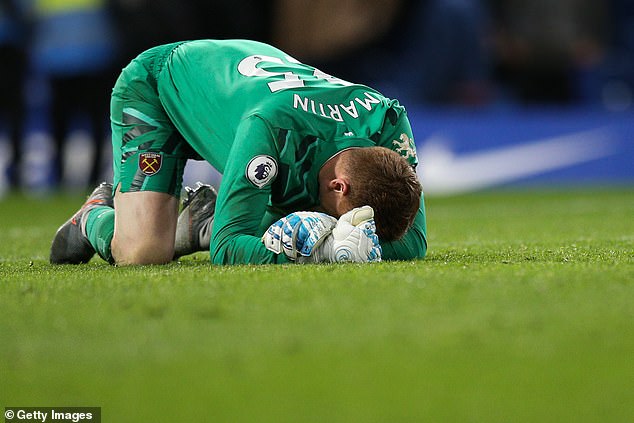 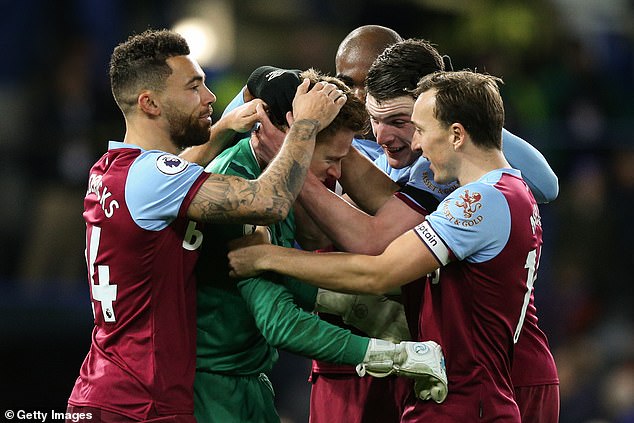 His pre-match meal was two pieces of toast but he could not bring himself to eat any of it.

Aaron Cresswell, who scored the only goal of the game on Saturday, poked fun at David for his untouched plate. The nerves of replacing Roberto the Ridiculous had him crippled.

You would have never known that by watching his commanding performance against Chelsea.

The West Ham fans loved it. Every save was celebrated. Every catch cheered. ‘There’s only one David Martin,’ they sang. What a relief it was for them to see a goalkeeper doing his job. 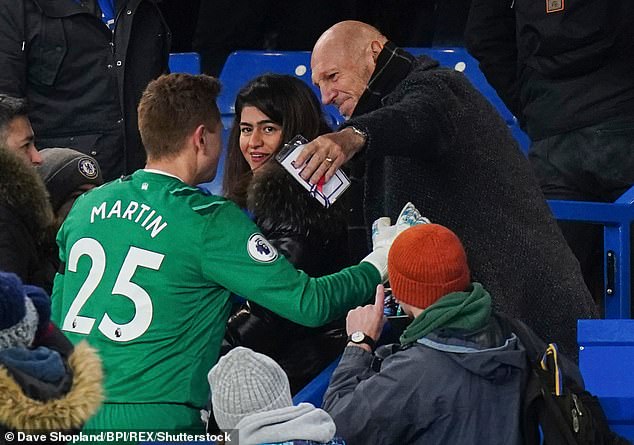 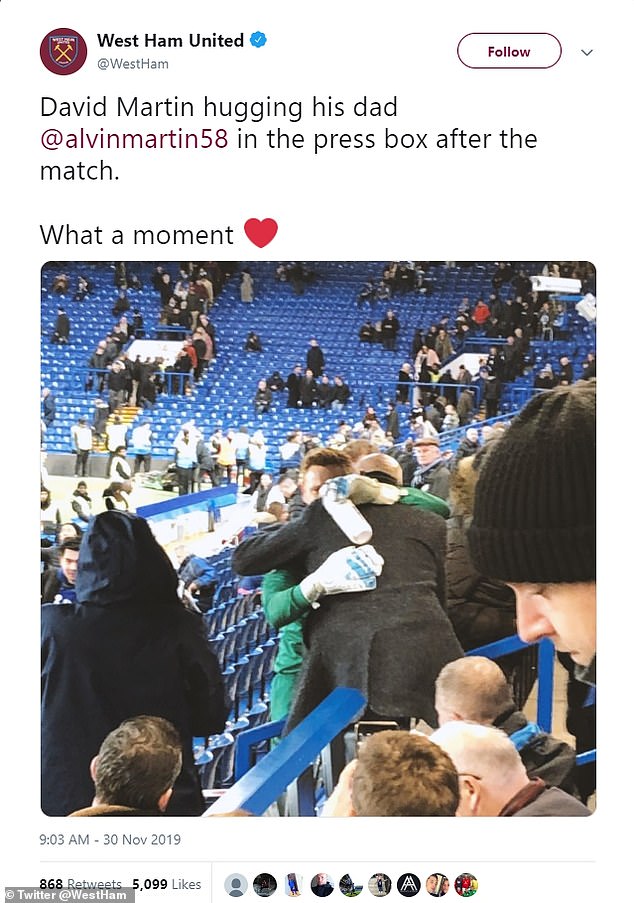 Fathers and sons who have played for West Ham

As Premier League debuts go, this has to be up with the best.

Certainly it will live long in the memory of the Martin household, which must have dents in the ceiling from the champagne corks that will have been flying on Saturday night.

‘I did actually enjoy it in the end, which I didn’t think I would do,’ David said. ‘As a lad growing up supporting West Ham and my dad being here, you dream of days like this.

‘I’m so pleased to get through it. I didn’t let anyone down and actually enjoyed it at the end. For my dad to see that here, for me to make my debut for a club he played for over 21 years and keep a clean sheet — and get a win for the boys — it’s just a fantastic feeling.

‘It was a bit embarrassing with the tears and all. We went to speak to each other then just went ‘Urgh’ and both broke down. It was great to share it with him.’ 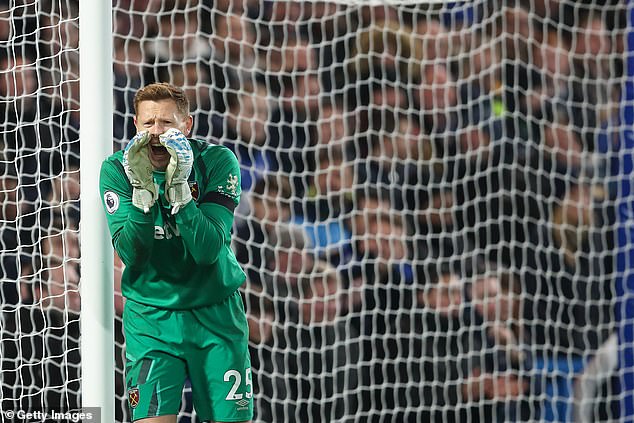 Martin came in for the crucial clash as replacement for Roberto, who was dropped in goal

In the 43rd minute, when he saved a shot from Mateo Kovacic, then a rebound from Olivier Giroud, then smothered the ball before Pedro could get to it, the away end went wild.

It was as if they had scored. Roberto — dropped following his series of high-profile errors while deputising for the injured Lukasz Fabianski — must have felt embarrassed sitting on the bench.

Do not underestimate the importance of this win for Manuel Pellegrini, too. As reported by Sportsmail in midweek, he had two games to save his job, and his players responded.

West Ham wanted the win more. Michail Antonio deserves a special mention, too, for his endless running after starting as striker. Speaking afterwards, the forward said: ‘I’m ecstatic. I really enjoyed it. Obviously more than being right back! Basically the boys just turned up. You could see from the start we had the fight, we had the game plan and we stuck to it. 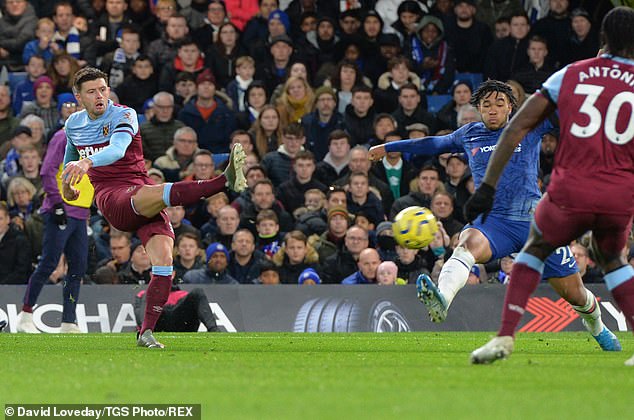 ‘David, mate. What a debut. I’m so happy for him because he is West Ham through and through with his dad being a massive legend at the club and him getting his opportunity. Football’s crazy.’

Remarkably, Chelsea did not commit a single foul against West Ham, and that perhaps sums up the lack of aggression from Frank Lampard’s side best. Lampard (left) also finished the game with no strikers on the pitch, having hooked Giroud on his first start since August 18 and left Michy Batshuayi on the bench.

Nothing went to plan for Lampard but on a personal level, he was pleased for Alvin Martin. The two are old friends and got to catch up recently — after bumping into one another at the urinals in a toilets.

Yet after losing this, Lampard’s mind was already on bouncing back in the next match — with John Terry’s Aston Villa visiting Stamford Bridge on Wednesday. 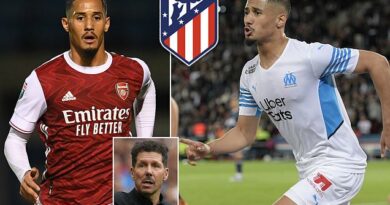