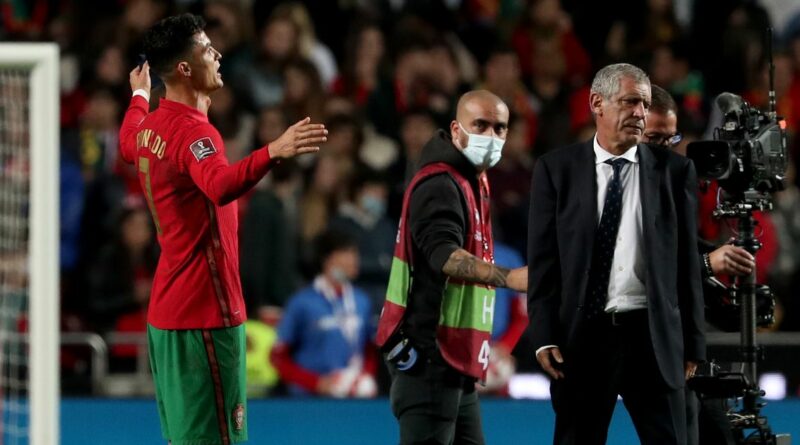 Serbia’s late goal against Portugal in the qualifying stages of the World Cup had Cristiano Ronaldo absolutely fuming following the game’s conclusion at his beloved Estadio da Luz in Lisbon.

Aleksandar Mitrovic scored on 90 minutes to consign Portugal to a play-off place in Group A, while the Serbs topped their group on 20 points to qualify for the 2022 World Cup.

Following the game, a visibly bitter Ronaldo appeared to show his displeasure at Portugal boss Fernando Santos, snubbing the coach’s stretched-out hand and throwing his arms down in frustration.

Dusan Tadic’s deflected goal cancelled out an early Renato Sanches opener, before Fulham’s frontman and this season’s Championship top goalscorer, Mitrovic, who came on at half-time, buried the ball in the back of the net with a near-post header in the dying embers of the match.

“We have to take responsibility because we had a poor game,” Joao Palhinha said. “We just defended in the second half. Credit to Serbia, they played very well but we had the capacity to be on top.

“Everyone in the dressing room is disappointed but we have to look ahead to the play-offs now because we are more than good enough to be in the World Cup.

Do you think Portugal can still progress to the World Cup 2022? Let us know in the comments section.

"You can’t win all the time. Difficulties are part of life and this feeling should give us more strength.”

Portugal were left to rue their missed opportunities against the Republic of Ireland last Thursday, with the attacker playing on the left alongside Andre Silva and Goncalo Guedes.

Santos’ men were denied goals by the likes of Shane Duffy, Seamus Coleman, and Jon Egan, and had to settle for a goalless draw.

Last night’s result meant that they finished their group in second spot on 17 points, three behind Serbia.

Ronaldo has scored six goals during the qualifying stages so far, including a hat-trick against Luxembourg.

Meanwhile, the 36-year-old has registered nine goals in 12 appearances for the Red Devils so far this season following his return to Old Trafford from Juventus.

Who won the Best Fifa Football Award in 2019? 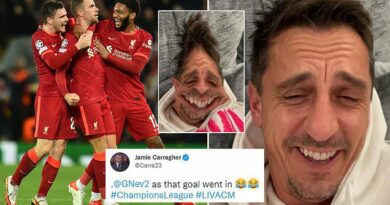