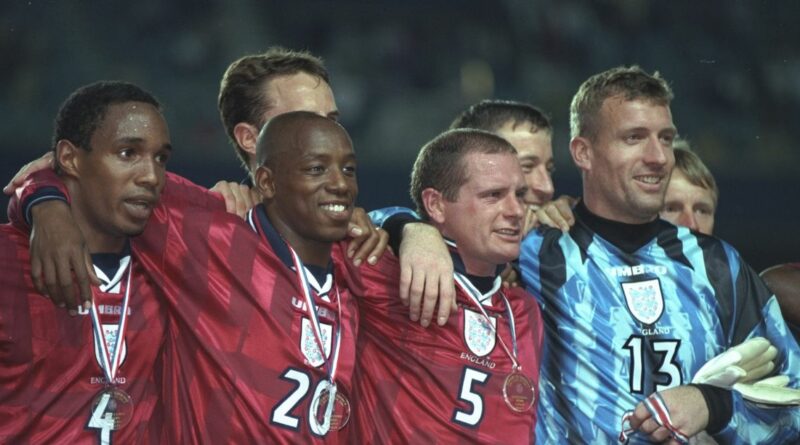 When Harry Kane slotted home, at the second time of asking, on Wednesday evening, he sent England to their first major international tournament final since the 1966 World Cup.

However, it's not the first international tournament final England have been to since Sir Geoff Hurst fired the ball on the underside of the crossbar to put English hands around the Jules Rimet trophy.

International football isn't limited to the World Cup and the Euros: there is the Confederations Cup, the Olympics, and the newly founded Nations League.

And it was on their way to 1997 Tournoi de France – England's last triumph – the Three Lions dispatched Italy.

The Tournoi de France, held only once in 1997 – although it has been rebranded as for women's football in 2020 – was held as a warm-up for the following summers World Cup, also in France.

Four nations were invited: France, as the hosts, Brazil, Italy, and England, one year removed from European heartache.

Le Tournoi only consisted of a group stage, so Glenn Hoddle's Three Lions would have to face each of the other nations – including Sunday's hopefuls Italy.

And an Italian side led by a young Alessandro Del Piero were England's first opponents.

Who will win Euro 2020, England or Italy? Let us know in the comments section

David Beckham, Paul Scholes, and Gareth Southgate were among the starters as England brushed aside Italy with ease in a 2-0 triumph at the Stade de la Beaujoire in Nantes.

It was England's first win over Italy in 20 years, and this was a good Italian side: Dino Baggio, Gianfranco Zola, and Roberto Di Matteo all played roles in the clash.

Ian Wright and Scholes found the net either side of half-time as England went on to claim the tournament one week later.

The fixture came ahead of their clash in Rome in October, which England needed at least a point to qualify for the World Cup the following summer.

That World Cup qualifier was immortalised in the lyrics "tears for heroes dressed in grey" during the re-release of Three Lions ahead of the 1998 tournament.