Don’t panic! England captain Harry Kane asks fans to judge the team at the World Cup after loss to Italy continued worrying recent form and says he ‘understands’ their frustrations… as he vows to ‘repay them with good results’

The trouble with leading people to the mountain top and showing them the promised land is that is does rather run the risk of raising expectation.

In July 2021, when England beat Denmark — somewhat fortunately — in the Euro 2020 semi-final and looked ahead to a final with Italy, Southgate took his lap of honour at Wembley and was lavished with praise. We had glimpsed the prize — a major trophy — and we were enraptured. ‘Southgate, you’re the one! You still turn me on!’ sang the crowd, which was a little weird but in keeping with the excitement. 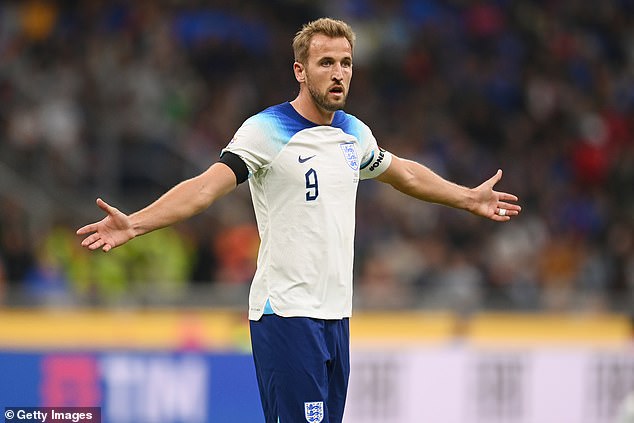 Now the relationship has turned sour on the trudge back to the usual lowlands that England occupy and the manager does not remotely turn us on. It’s almost better to be a leader who oversees mediocrity than the one who promised the end of exile and then fails to deliver.

Harry Kane stood in the San Siro after Friday’s 1-0 defeat by Italy patiently replying to angst-ridden questions, with the World Cup opener against Iran 57 days away and England on their worst run since 1992 (and that was not a golden era). He suggested all this was trivia, that judgements should be reserved until Christmas.

‘I understand the frustration of the fans,’ he said. ‘I was an England fan and still am, whether I’m playing or not. I understand it. But ultimately we’re going to be judged on what happens come November. If we have a successful tournament I’m not sure people will be worried about the spell we had over the summer, and that’s the bottom line.

‘We need to improve, we know that. The fans are always great and stick with us. I know they’ll be there on Monday [against Germany] supporting us and everyone will be excited about the World Cup, regardless of what happens. Hopefully we can repay them with some good results.’

He added: ‘Before this spell I think we were 22 unbeaten, which was a record, and everyone was happy and excited, and rightly so. In football, sometimes you have these moments where you have to dig deep and look within yourselves as players, as a team, as staff, and see where we can improve. 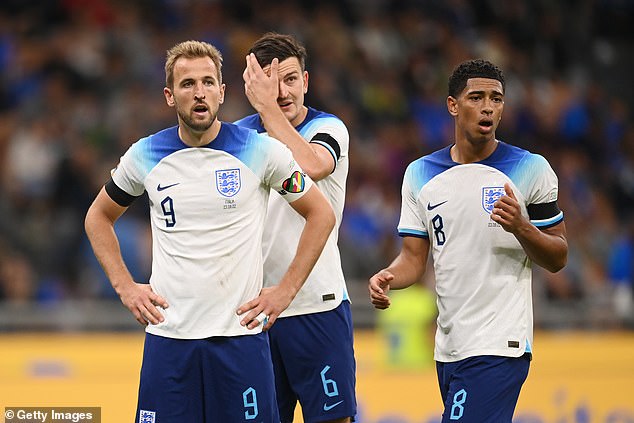 ‘This is definitely that moment for us. We have another game, an exciting game against Germany at Wembley, always a big game. We need to make sure we perform well and try to take some good feelings into it.’

Like all great competitors, Kane has an extraordinary ability to park dark thoughts of vulnerability in the far recess of his brain to summon up fresh reserves of optimism. Like that line about the fans always being with the team. They were booed off at Molineux when they lost 4-0 against Hungary and booed off on Friday night.

The question is whether Kane’s rhetoric is a psychological device to obscure the inevitable, slow decline of the Southgate era, its zenith located in the second minute of the Euro 2020 final when Luke Shaw’s extraordinary strike had England on the cusp of believing.

The signs are not good. It feels like we’re back to where we started with England: a turgidity formed of incoherent strategy which means one of Europe’s most feared strikeforces can’t create goalscoring opportunities. One goal has been scored in these past five Nations League matches, a penalty against Germany. Southgate feels he has compromised in the past and will stick to first principles.

He wouldn’t elaborate on what that comment meant but you suspect he feels he’s experimented with a fan-friendly 4-2-3-1 formation but that he is wedded to his preferred back three. To describe it as a 3-4-3 would be generous, however. In the Euro 2020 final against Italy it became 5-2-3, which is no way to play against an accomplished Italian midfield trio of Marco Verratti, Jorginho and Nicolo Barella. In its best bits, you can see what Southgate and assistant Steve Holland are aiming at. At its worst, it stretches players across the pitch, a lot of round pegs in square holes. That was a feature of the summer defeats by Hungary.

On Friday night, Phil Foden and Raheem Sterling would sometimes forget they should be dropping deep to help midfield, Reece James and Bukayo Saka would push out wide, with Kyle Walker drifting that way as well and suddenly Declan Rice and Jude Bellingham, good though they are, are asked to cover acres of midfield space which is, frankly, impossible. 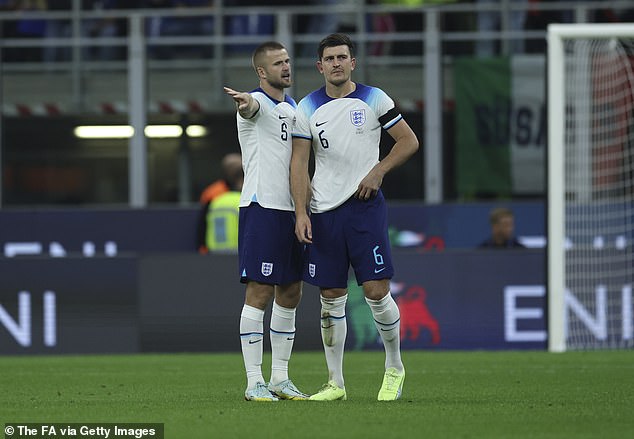 Despite Harry Maguire being scapegoated for pretty much anything bad, the back three played fairly well, but were often left exposed, with Italian runners charging at them, options aplenty.

Southgate picks this formation probably because he feels England aren’t good enough to play a back four, in that he doesn’t have an accomplished enough left back.

‘I think we have two possible left backs [Ben Chilwell and Shaw] that might play at the level, one of whom is really a wing-back playing at Chelsea who’s not playing,’ he said. ‘So if we want to play four at the back there’s a risk we’d be playing a right-footer and then we’d be criticised for wrong balance.’

Which is how we end up with Saka at wing-back, which feels like something and nothing.

We must proceed to Qatar in the hope that Kane’s optimism is more than whistling in the dark.

‘We’re a really strong group,’ said the captain. ‘We’re always honest with one another. Among ourselves we are always talking about how we can improve. The players are ultimately the ones on the pitch and need to take that responsibility. We know we need to do better. 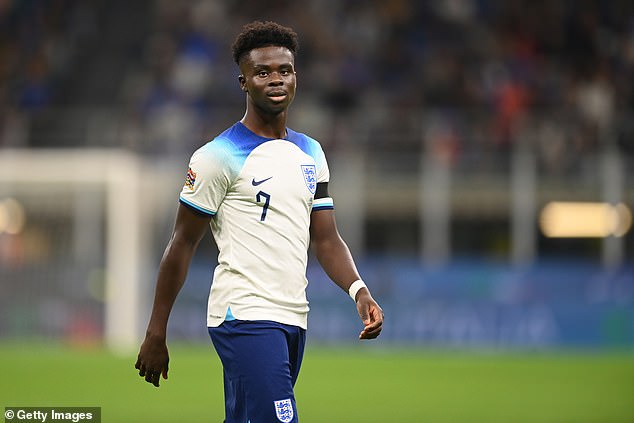 ‘From an attacking front, we’re just not quite doing the business at the moment. It’s disappointing but I’m a confident guy. I know the strikers and attacking players here are confident players. It’s not going to affect us too much.

‘I don’t think it’s any time to get too high when you’re winning games, and too low when you’re losing games. We’re going to be judged on how we perform out in Qatar.

‘These are two great preparation games [Italy and Germany]. We’re just in one of those moments where it’s not quite going our way. We’re confident we can turn that around.

‘Ultimately once we get to the World Cup we will be ready for that first game and be fully focused.’

Let’s hope this is what we might call a Bobby Robson moment. In the run-up to Italia 90, after eight years in the job, the nation was tired of Robson and he looked tired of the job, having attracted the ‘In the name of Allah! Go!’ headline after a draw in Saudi Arabia.

And yet England went on to enjoy their best World Cup ever on foreign soil, matched only by Southgate’s 2018 campaign and Sir Bobby, as he would become, was on his way to near sanctification.

It feels like Southgate has done that journey in reverse. 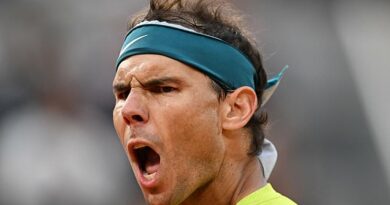 Rafael Nadal books his spot in the French Open quarter-finals 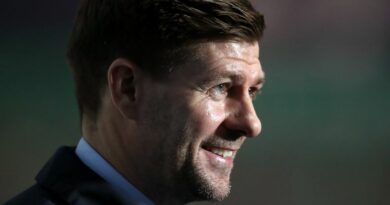