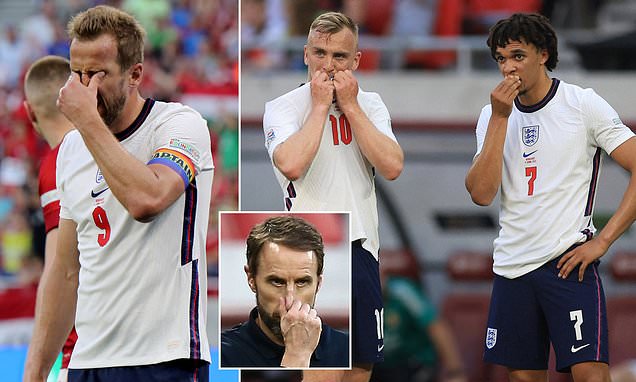 SAMI MOKBEL: With no friendlies before the World Cup, Gareth Southgate has no option but to experiment in these Nations League fixtures… but England’s lack of application against Hungary should concern him ahead of Germany clash

As the nation celebrated the Platinum Jubilee back home, there was far less conviviality inside the England dressing room here on Saturday night.

Gareth Southgate tried his best to lessen the damage caused by his team’s loss to Hungary in their first Nations League fixture, insisting results like this are inevitable on the road to Qatar 2022.

England have no friendlies between now and their first World Cup group game against Iran on November 21 — so the head coach has no other option but to experiment in these Nations League fixtures. As hard as he might try to take the Nations League seriously, he has bigger fish to fry with the World Cup little more than five months away. 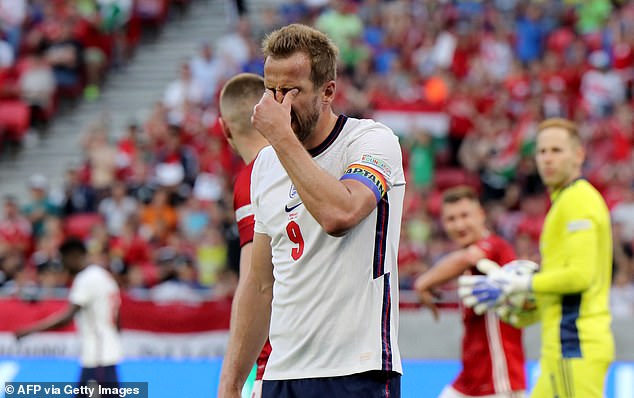 ‘I knew going into this block of four games that you run the risk of some results that might hurt,’ said Southgate. ‘But I have to look at the bigger picture and ignore the inevitable that comes with defeats and take what I will learn from it going into Qatar. 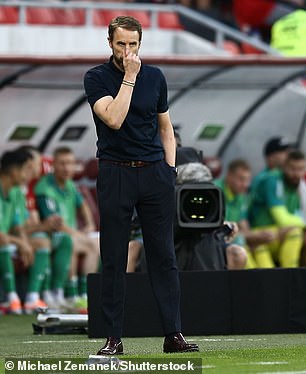 Gareth Southgate will continue to tinker

‘We have not got friendlies to try it so we have to do it in these games. We are trying to find a balance of changes, to find out about people, because we have only had two matches in the last six months and you know that across the four games we have to balance minutes.

‘We have got a lot of players, particularly at the back, who are coming back from injuries with only one league game at the end of the season. And some players we need to know more about. Of course, the ideal is to develop players, play well and win games.

‘You have to accept that if you are to try to do the first part, then there is a risk on some of the other bits and yes, that is a difficult balance.

‘We do not have a 38-game league where you are working with the players all of the time so if I don’t try some of the players in these sorts of games we either flog the team which has been more consistent and we know all about, and they fade at the end of these four games anyway, or we try to balance it by putting some players in with some players with experience around them which hopefully gives them the best chance to succeed.’ 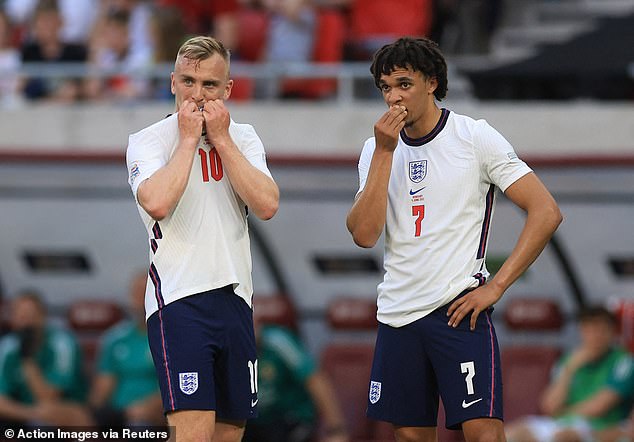 It is hard to disagree, although there are many who will argue that winning in the here and now should always be the priority. The wider context of Southgate’s World Cup blueprint should not absolve the team of blame following the loss in Budapest.

England were tame, wilting on a blazing hot evening, but that was only a small part of the problem. This was not a smash-and-grab raid by the Hungarians; they were superior on the night.

Southgate’s decision to play with a back five against a team they defeated 4-0 in September left many scratching their heads.

England’s players should still have dispatched Hungary with minimal fuss, and their lack of application should concern Southgate ahead of tomorrow’s clash against Germany in Munich.

When asked if fatigue was a factor, midfielder Kalvin Phillips replied: ‘You could say so but I don’t want to use that as an excuse. We’ve trained well over the last week or so while we’ve been together and we had no reason to come here and not win the game but we just couldn’t put our chances away.

‘They’ve got a very good team with very good players and this result is very disappointing for us. But we can’t dwell on that now, we have to focus on the Germany game and look forward to going there.’ 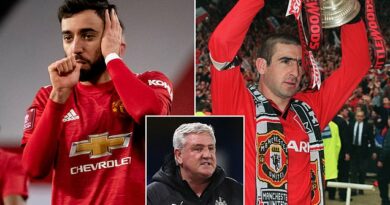 Bruce says Fernandes has the stage to earn Cantona comparisons