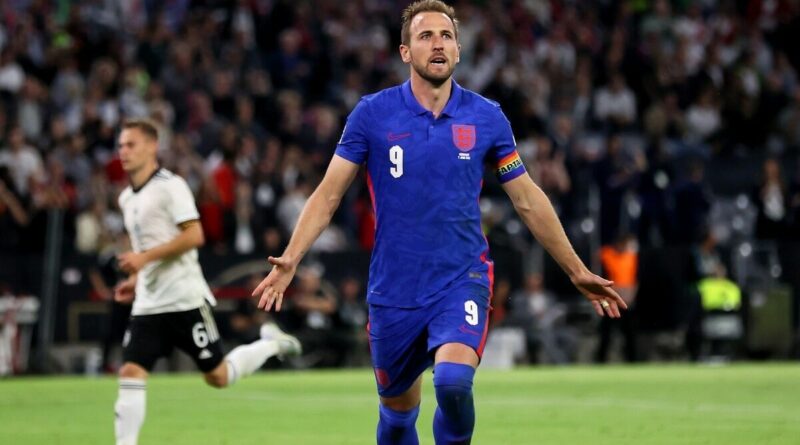 England fans chant ahead of Nations League clash with Germany

A last-gasp penalty from Harry Kane was enough to clinch a 1-1 draw against Germany and prevent England from slumping to second Nations League defeat in five days. Neither side were able to break the deadlock in the first-half, but the hosts were in control and found the breakthrough courtesy of Jonas Hofman in the 50th minute. That looked to be enough to seal the points before Kane’s late, late intervention. The result means Gareth Southgate’s men are now at the bottom of Group A3 after their opening two games of the campaign. Daily Express Sport takes a look at five things we learned on Tuesday night…

All to do in Nations League

England had it all to do in Munich after they kicked off their Nations League campaign with a shock defeat against Hungary. But the Three Lions were unable to rebound with a win against their old rivals.

England were stifled by the German’s aggressive press and struggled to string together any coherent passages of play until the final minutes of the opening half, when things finally seemed to click in the final third. However, they failed to build on that after the break and Southgate’s men now found themselves bottom of Group A3 with just a solitary point.

There’s now an awful lot riding on Saturday’s showdown with Italy – and it’s now a match that England cannot afford to lose.

England have an abundance of attacking talent at their disposal, so the competition for a supporting role in and around Harry Kane is fierce. But Mason Mount and Bukayo Saka failed to make the most of their chance to impress alongside the England captain.

Perhaps the most disappointing aspect of their ineffective display was just how influential they’ve proven to be for their clubs over the course of the season. In fairness to both Mount and Saka, it’s been a ridiculously long season; and they were far from the only players to disappoint as England produced a tired display.

But a number of other stars, such as Jack Grealish, Phil Foden and even Jadon Sancho back when he was thriving at Borussia Dortmund, have also been unable to replicate their domestic form on the international stage. It’s an issue that has plagued many a player and many a problem down the years for the Three Lions – and one that Southgate is seemingly no closer to solving.

Despite being just 18-years-old, Jude Bellingham is pretty much guaranteed to be in the England squad that jets off to Qatar later this year – and the playmaking prodigy showed once again that he is more than capable of taking on a starring role in the World Cup.

The Borussia Dortmund starlet made the most of his opportunity to impress after Kalvin Phillips limped away from the action after just 15 minutes. Bellingham slotted in seamlessly next to the excellent Declan Rice in England’s midfield.

It doesn’t feel like there will be too many surprises when England’s first starting line-up of the World Cup is revealed later this year, but Bellingham is by far the most likely candidate to spring a surprise and muscle his way into England’s first-choice team.

Although Bellingham impressed from the bench for England, it was another talented teenager who stole the show at the Allianz Arena. Jamal Musiala was head and shoulders above the rest in Munich and absolutely bossed the game for Hansi Flick’s side.

Musiala represented England at various age levels before switching his allegiance to Germany. Southgate was desperate to convince the Bayern Munich ace that his international future was with the Three Lions – and Musiala showed the England chief exactly what he was missing on Tuesday night.

The 19-year-old was relentless and influenced the match all over the pitch, exhibiting the sort of guile and creativity that was sorely missing from England’s play.

Maguire headed into the international break with a point to prove after his woeful season with United. But unfortunately for Maguire – and Southgate – his performance in Munich mirrored the disastrous domestic form that he’s shown all too often in recent months.

The 29-year-old was caught out badly mid-way through the first half when he was left facedown on the turf by Kai Havertz, and his blushes were only spared by the offside flag, which eventually arrived to deny the Germans an opening goal.

Maguire would have been keen to impress his new club manager, Erik ten Hag this month, but it’s clear that the beleaguered Manchester United captain desperately needs a break to try and reset ahead of the new season. 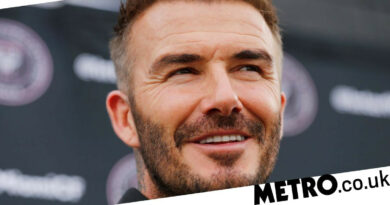