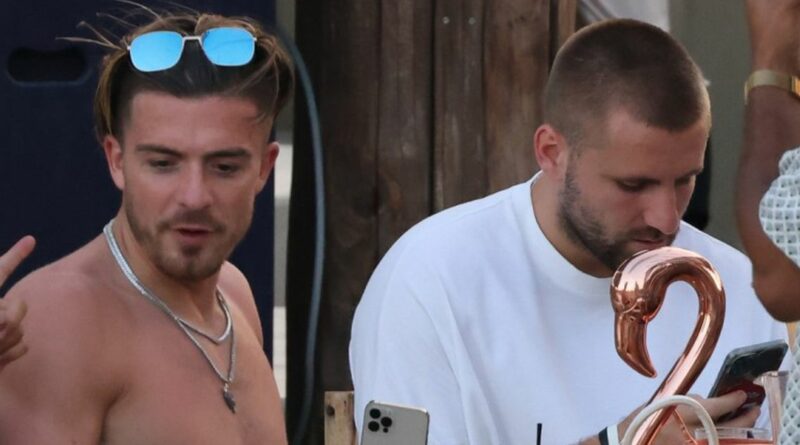 England duo Jack Grealish and Luke Shaw were spotted continuing their post Euro 2020 bash at a swanky beach club in Mykonos with their girlfriends.

Several Three Lions stars headed out to Greece's party island following this summer's tournament, which ended with an agonising penalty shootout defeat for Gareth Southgate's men in the final against Italy.

The group were seen soaking up the rays and enjoying a few drinks as England's Euro 2020 heroes made the most of their post-season break.

Grealish sat and chatted with childhood sweetheart Attwood, who recently rekindled her relationship with the Aston Villa ace after enduring a "rocky patch".

Shaw, meanwhile, was pictured drinking and dancing with Denzel and friends while also spending time with Santos.

The Manchester United defender, who scored in England's final defeat against Italy, posed for photos with his partner and their pals.

What did you make of England's performance in the Euro 2020 final? Let us know in the comments section below.

Raucous female members of the group were even seen dancing on tables before being told by their private security to get down.

Grealish and Shaw spent all day laughing and dancing with the group in the baking Mykonos heat, and by the end of it the former began to look more red than brown.

They are not the only England stars who jetted out to the island after Euro 2020, with team-mates Mason Mount, Declan Rice, Kalvin Phillips and Ben White also spotted out there.

Nevertheless, Greece is currently on the amber travel list, meaning they will all have to undergo quarantine upon return unless they are fully vaccinated.

The players will be heading back soon to begin their preparations for the 2021/22 Premier League campaign, which kicks off on Friday 13 August.