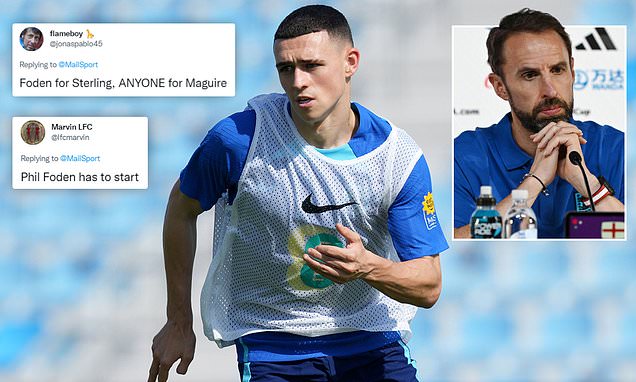 Furious England fans slam Gareth Southgate’s ‘wild’ decision to leave Phil Foden on the bench in their World Cup opener… as they insist the Man City star should be well ahead of Raheem Sterling, Mason Mount and Bukayo Saka

The Three Lions line-up is expected to be made of up of Jordan Pickford in goal with Southgate opting for a back four of Kieran Trippier, John Stones, Harry Maguire and Luke Shaw.

Declan Rice, Jude Bellingham and Mason Mount will make up a midfield three with Bukayo Saka, Raheem Sterling and Harry Kane operating as a forward line – whether it will be a 2 behind Kane or a three remains in question. 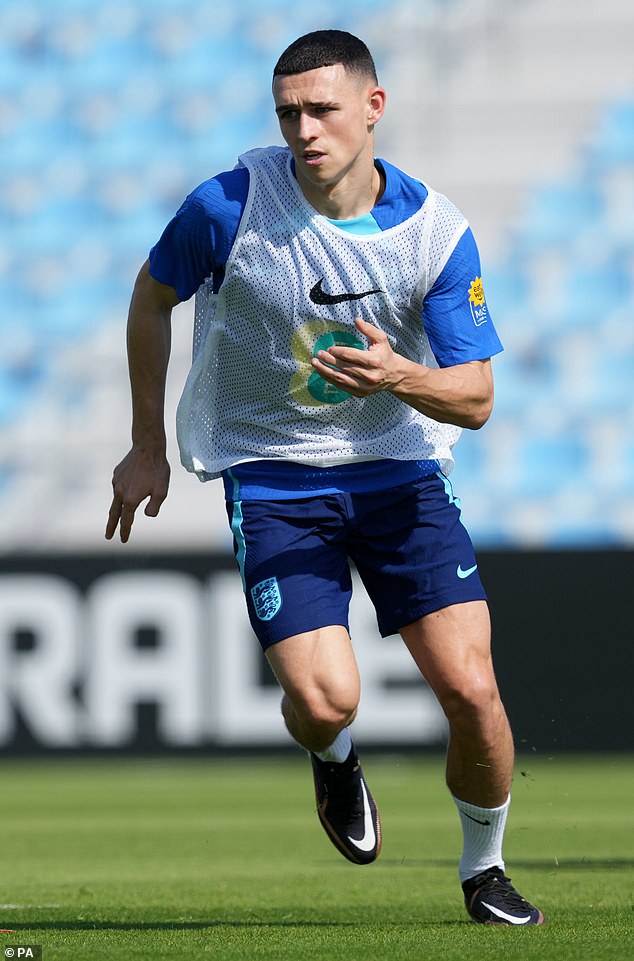 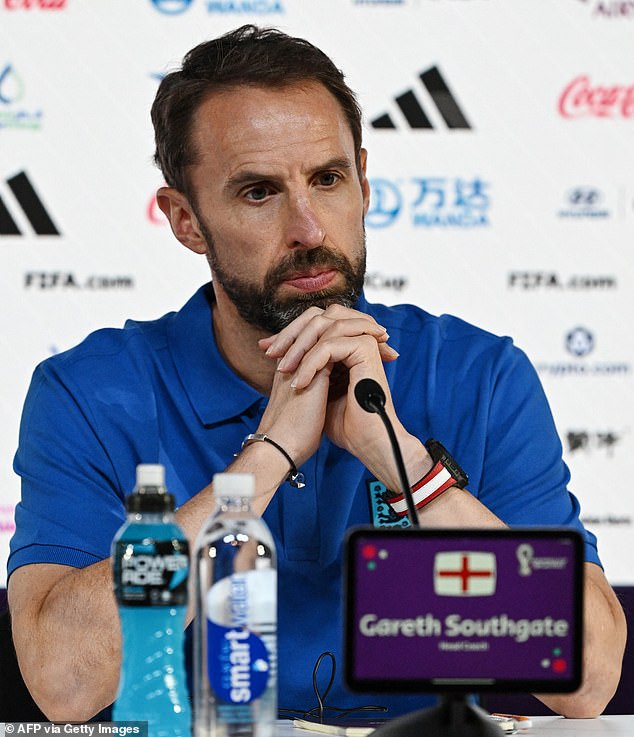 Fans have flooded to social media to have their say on the potential team by insisting Manchester City star Phil Foden should be starting ahead of the likes of Raheem Sterling, Bukayo Saka and Mason Mount.

The 22-year-old already has eight goals and three assists for City in 20 appearances so far this season and is arguably one of the Three Lions most in-form players.

One fan posted: ‘Find it amazing that England can’t find a way to find a role for Foden that gets the best out of him.

‘Understand Mount will be playing the 8 role, but surprised he’s in. Sterling is also lucky in my opinion given his form, but said that before the Euros to be fair. White for Maguire too.

A second insisted: ‘Foden is clear of Sterling, Mount and Saka.

A third tweeted: ‘Southgate should be locked up if he starts Mount and Sterling over Foden.

Another added: ‘Foden has to start.’

Other Three Lions supporters have questioned Manchester United defender Harry Maguire being included – despite his solid form for his country in the previous two major tournaments.

The defender has played just nine times in all competitions for United this season after losing his place to Lisandro Martinez and Raphael Varane after his miserable start to the campaign.

Maguire was then hit by an injury but has since returned to the fold, although his lack of form and game time has left fans questioning why he is starting against Iran.

One fan said: ‘His loyalty to Maguire will cost him his job and us yet another tournament we should win.

Another added: ‘Foden for Sterling, ANYONE for Maguire.’

Kyle Walker is not fit enough to be involved against Iran as he continues to work up to full fitness after groin surgery.

However, the Manchester City defender expects to be ready for the USA game on Friday.

James Maddison has been ruled out of the Iran opener after missing training again on Sunday due to a knee problem. 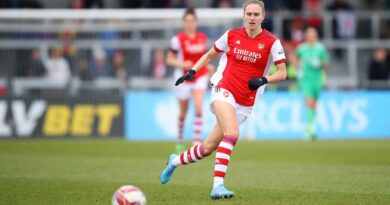 Arsenal vs Chelsea prediction: How will the Women’s FA Cup semi-final play out today?

Depay to Barcelona is 'OFF' as Dembele's Man United talks collapse