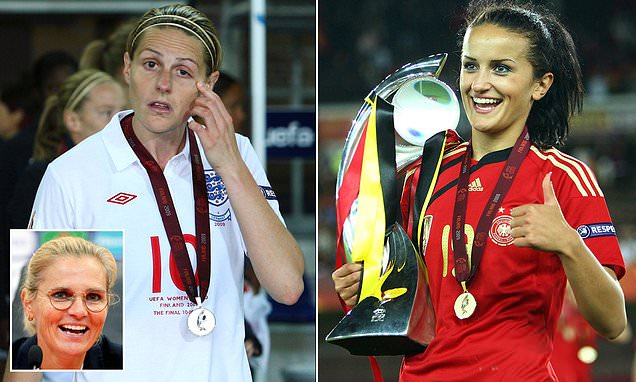 Can England rewrite history? They have LOST 21 of 27 meetings against Germany – including the Euro 2009 final and all four World Cup clashes – but won last time out and eye a repeat at Wembley

To paraphrase Gary Lineker: ‘Football is a simple game; 22 players chase a ball for 90 minutes and at the end, the Germans win.’

Only on two occasions have England women’s football team beaten their German counterparts in 38 years, losing 21 of their 27 meetings.

That kind of historic record against does not inspire much optimism ahead of Sunday’s Women’s Euro final between the sides – particularly given the the DFB-Frauen’s formidable record at the tournament.

And England’s women have never won a major tournament. But Sarina Wiegman’s side are on a magnificent 19-match unbeaten run, and beat their old foes in their last encounter, a 3-1 win in February, to secure the Arnold Clark Cup.

So there are reasons to be hopeful ahead of Sunday’s showdown at Wembley Stadium – and below, Sportsmail looks at the standout previous meetings between the teams. 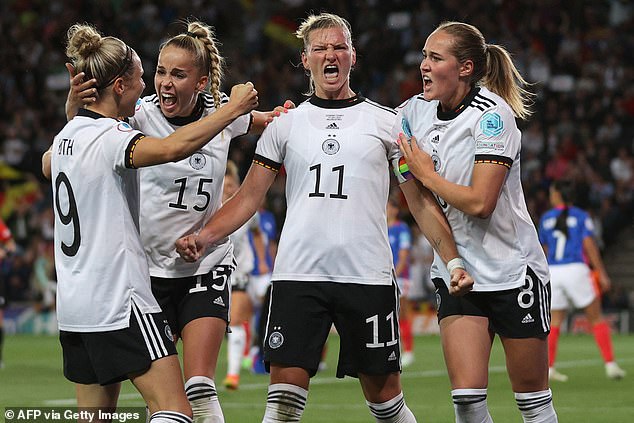 TV presenter and Match of the Day host Gary Lineker once said: ‘Football is a simple game; 22 players chase a ball for 90 minutes and at the end, the Germans win.’ 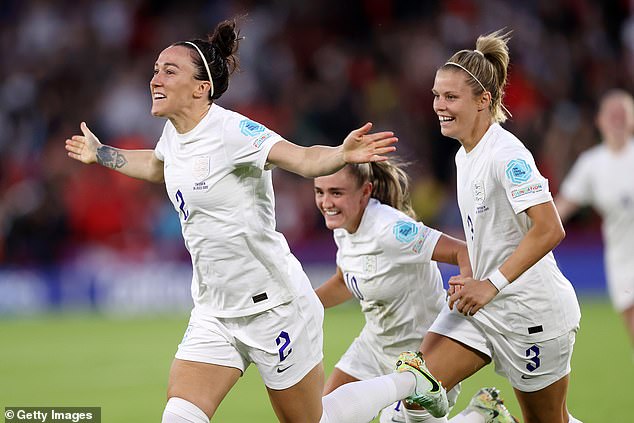 England played their first women’s international in 1972 – a 3-2 win against Scotland.

It would be a whole decade before their German counterparts played their first.

In their 12th ever international, two years later, Germany played England for the first time.

It ended in a confident 2-0 win in what would prove a foreboding omen of things to come.

And all this the same year England reached the 1984 Euros final.

After five more fairly routine wins for Germany in the intervening years, including two 4-1 thrashings, the sides clashed in the quarter-final of the 1995 World Cup.

England were on the end of a 3-0 reverse and Ted Copeland’s side were out of the tournament.

In 1997, the year Germany would go on to beat Italy 2-0 in the European Championship final, they were given a right old scare by England in a thrilling 10-goal encounter.

A crowd of 1,500 at Preston’s stadium Deepdale were treated to a brilliant back-and-forth match.

England come back from 4-0 down to make a real game of it.

Iconic striker Kelly Smith also played up front, in the early part of her career for the Lionesses.

A hat-trick from Claudia Muller and a double from Pia Wunderlich did the damage for the English.

England did not avoid defeat against their historic rivals until their 16th clash, having lost each and every one of the previous 15. 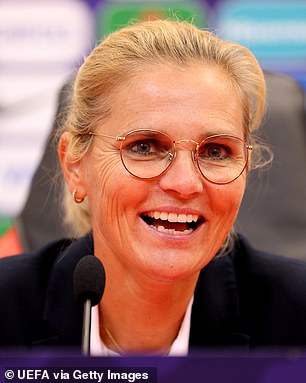 At the Four Nations tournament in 2007, with all games held in the Guangdong Olympic Stadium in Guangzhou, England, Germany, China and the US played each other once in a round-robin tournament.

England lost the opener 2-0 against the host nation, before defender-turned-TV presenter Alex Scott rescued a 1-1 draw against the Americans in the second game.

Germany, having drawn their first two games 0-0, had the chance to win the tournament if they beat England 2-0 – but Powell’s side, who had nothing to play for, held their opponents to another goalless draw.

Silvia Neid’s players obviously had trouble finding the net in this tournament, but it was a historic and creditable result for England nonetheless.

Scorelines like 6-2 are not expected in football. Especially not in the final of the European Championship.

True, England had struggled through their group, finishing third and making it through as a third-placed qualifier.

They then squeezed past Finland 3-2 in the quarter-final and Holland 2-1 in the semi-final, both by just a single goal.

Germany, meanwhile, had sailed through their group with three wins from three, nine points from nine, ten goals scored and just one conceded.

Don’t get me wrong, they were favourites.

But a powerful Germany side ripped through England, with Prinz and fellow forward Inka Grings both scoring a double.

Karen Carney and Kelly Smith scored for Powell’s side but this was a thrashing, pure and simple, and on the biggest stage too. 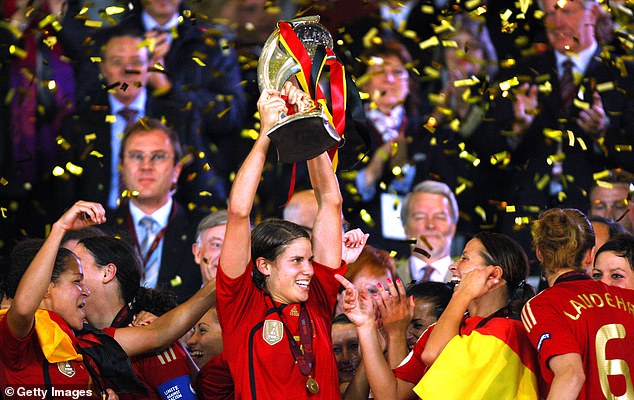 Germany thrashed England 6-2 to win the European Championship in 2009 in Helsinki, Finland 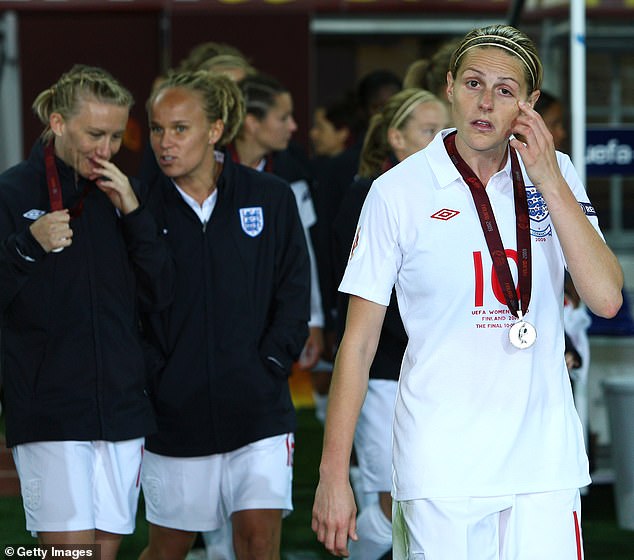 England women’s first ever win against Germany didn’t come until 2015, all of 31 years after they first played each other.

It was somewhat of a dead rubber too, both sides contesting the least important game of the World Cup, the third-placed play-off, after they were knocked out of the semi-finals.

Germany, beaten 2-0 by the eventual winners, the US, while England were heartbreakingly knocked out 2-1 by Japan after a stoppage-time Laura Bassett own goal.

In extra time, Fara Williams’ penalty saw England finally pull off what they had never managed before – beating the Germans. 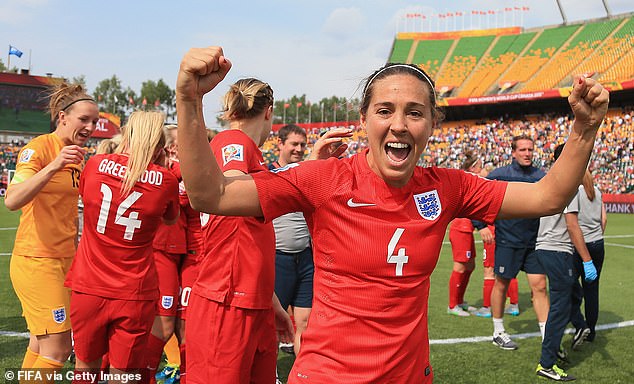 The 2018 SheBelieves Cup is the most recent of England’s four draws against Germany and showed promising signs for the Lionesses.

After smashing France 4-1 in the tournament opener, an Ellen White brace gave England belief they were competitive against the world’s top sides.

That draw proved Germany’s only points of the entire tournament, and they were soundly beaten by France, 3-0, in the competition’s closing match, but it showed positive signs nonetheless for England in Phil Neville’s debut tournament as boss. 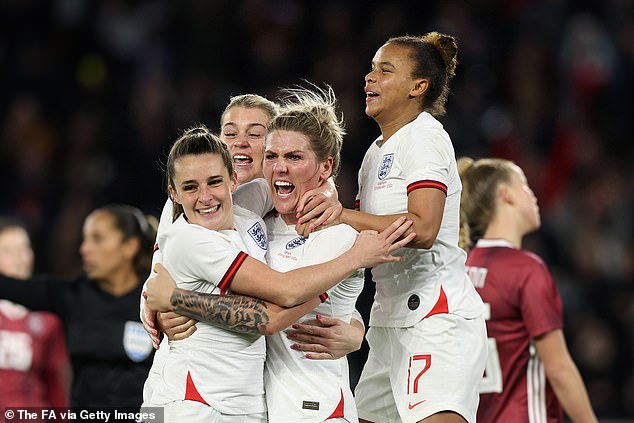 February 2022 was another historic day for England women’s side.

Hosting the inaugural Arnold Clark Cup against Germany, Spain and Canada, England improved from a 1-1 draw against Canada and a goalless stalemate with Spain to beat Germany 3-1 in the final match.

With the game locked at 1-1 heading into the final stages after Lina Magull had cancelled out White’s opener, a Millie Bright strike and a stoppage-time Fran Kirby goal saw England sneak above Spain to win the trophy on goal difference.

Germany finished rock bottom of the table on just one point – and this will be the most recent memory in their mind as they prepare for their 28th meeting with England on Sunday.

Wiegman’s stars, of course, will be hoping for a repeat. Can England defy their historic lack of success against the DFB-Frauen? Or will Gary Lineker’s prediction come true? 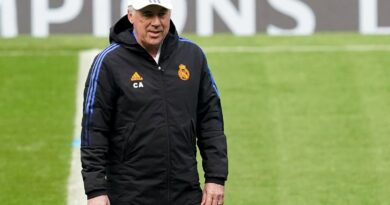 Real Madrid must reach Champions League final to regard season as a success, says Carlo Ancelotti