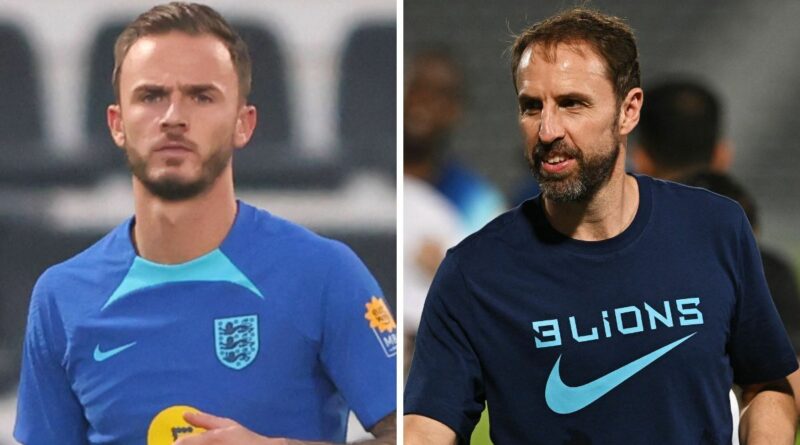 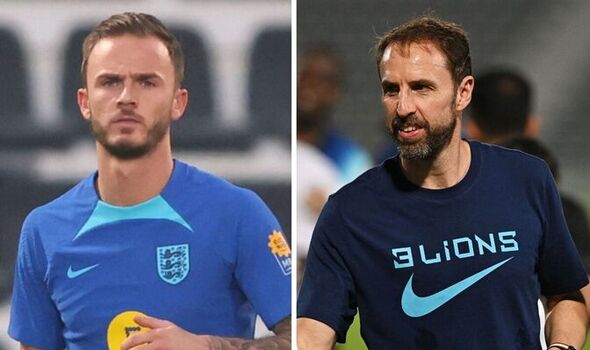 England reportedly have two players lined up to take James Maddison’s spot in the World Cup squad should it become clear he won’t be able to play any part throughout the major tournament. Maddison was the headline pick in Southgate’s 26-man squad last week having impressed for Leicester to start the campaign.

But he suffered a scare just days later in Leicester’s final Premier League game before the World Cup. Maddison was forced off the pitch midway through the first half with an issue with his knee.

The 25-year-old reportedly picked up the knock the week prior against Everton and didn’t train with Leicester prior to the game against West Ham. He has attempted to brush off any major concerns over the injury, insisting a scan came up clean.

But Maddison missed a second day of group training on Friday with England’s World Cup opener now just hours away. And England reportedly have a couple of players on standby to take Maddison’s place in the 26-man squad should a change be needed.

According to 90min, Ruben Loftus-Cheek and James Ward-Prowse are at the top of the list for a change in midfield should Southgate feel as though Maddison won’t be able to play any part in the tournament. The England boss has until Sunday – 24 hours before the game against Iran – to make any last-minute changes to his squad.

Both Loftus-Cheek and Ward-Prowse have featured regularly in England squads of late and just missed out on being picked in the 26-man squad. Kyle Walker is the only other injury concern for Southgate ahead of the World Cup.

The Manchester City defender underwent groin surgery just last month and there were genuine concerns he wouldn’t make Southgate’s squad. But Walker has proven his fitness and even took part in England’s opening group training session earlier this week.

The 32-year-old doesn’t expect to be ready to face Iran on Monday, but believes he will be fit to play against the USA on Friday. “That is down to the manager,” he said.

“I think the first game is a little too short but after that I will be good and ready to go.”