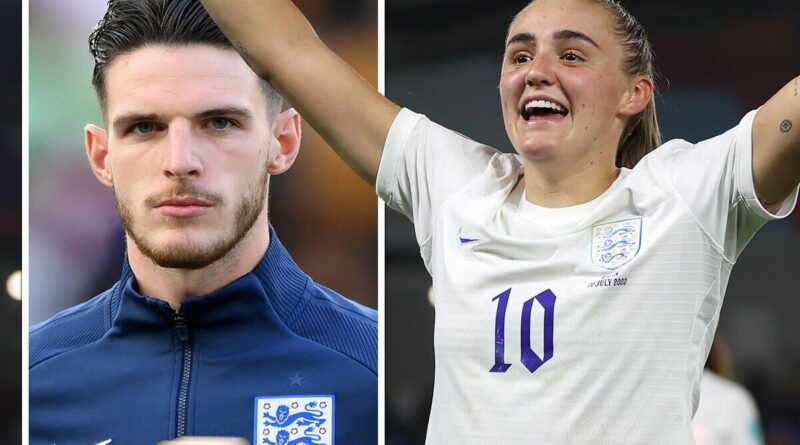 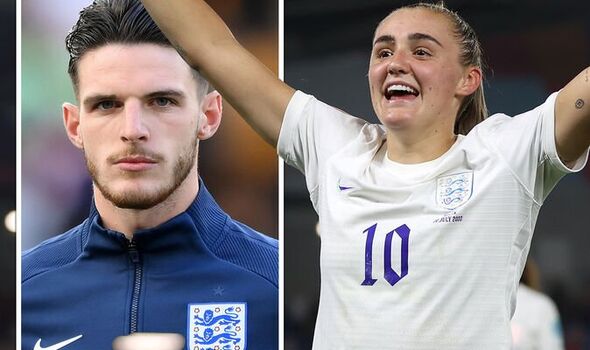 Georgia Stanway’s extra-time wonder-goal against pre-season favourites Spain has set up a Euro 2022 semi-final in Sheffield against the winner of today’s game between Belgium and Sweden. Now the midfield dynamo has revealed that several of the senior men’s team have been messaging in asking for tickets.

Declan Rice broke a three-day Twitter silence to tweet simply, “Georgia Stanway ballaaaaa” with three flame emojis. Stanway added: “It’s all pretty surreal. But we want as many people on our journey as we can and we want as many people watching us, supporting us, believing in us. I feel like we showcased that against Spain – and that’s what we’re capable of.

“We got a few messages from the men as well, just supporting us, willing us all the way, saying they’re coming to the next match. Just certain messages from Declan Rice, just the lads that were involved last year. They’re giving us tips on momentum, taking it forward and just the support really.

“We’re definitely a united nation.” England certainly was in 2018 when it was the men flying the flag in Russia, surprising everybody by reaching the World Cup semi-finals. 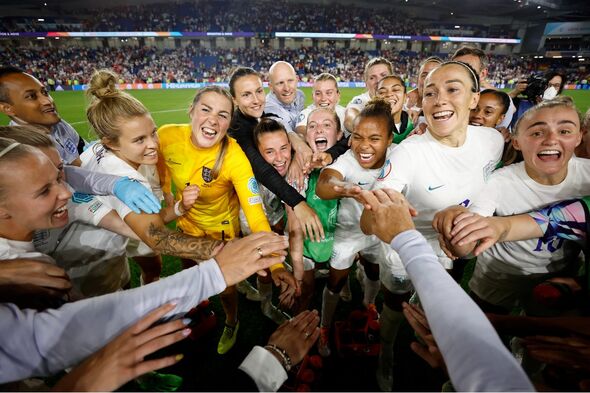 There were more than a few beers thrown in the air that summer, and with a giant fanzone opening at Trafalgar Square for the final week of this tournament, Stanway hopes for more of the same this summer. “Fingers crossed it will be the same,” the 23-year-old said. “We were definitely part of it then.

“You get snippets of what’s going on outside and the support. We see it in the stadiums when everybody is up on their feet, everybody is getting involved when we’re on attack, in defence, everybody is cheering us on and that’s just all part of it. Now it’s just a step at a time. We’ve always gone to a major tournament and thought we want the prize whereas there’s a stage, a step to do it.

“We’re just happy to have taken the next step against Spain and will enjoy these next six days, putting the work on the grass to focus on the semis. You kind of just forget about everything else. We’re in our little zone of focusing on what we do.”

Away from the glory of her match-winning thunderbolt in front of millions of TV viewers, for Stanway it is the more mundane tasks that are essential to winning football matches. “Just the grit, the dirty work, getting up to the ball, putting the tackles in, making sure to challenge their decision making and making them comfortable,” she said humbly.

“We rattled them in areas and made them feel comfortable. We were able to execute our game plan and, yeah, it worked.”

'It's a sickener' – Colin O'Brien confident his Ireland under-17 side can bounce back from late, late drama