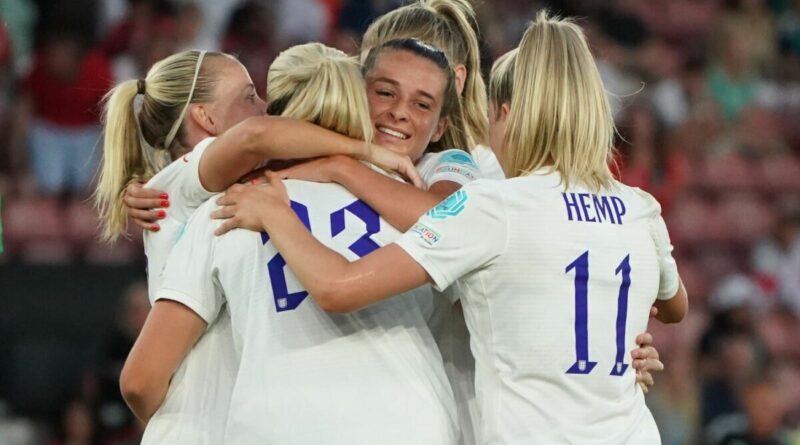 More samba soccer from the Lionesses and a gentle waltz into Wednesday’s quarter-final as England put five past Northern Ireland. No team has ever scored more goals in a single European Championship group stage – male or female. Well, Sarina Wiegman had said she wanted “rhythm” when she named an unchanged team.

Fran Kirby got the goal her player-of-the-match performance deserved, Beth Mead took her Golden Boot-chasing tally to five for the tournament and substitute Alessia Russo kept Ellen White on her toes by nabbing a second-half brace. Who could ask for anything more?

Sadly, a positive Covid test robbed the England manager of the chance to see it live. But another entertaining display by her team will have been just the tonic for sterner tests to come. With assistant Arjan Veurink taking charge, the team took a little while to get going, although things might have been different had an early penalty award not been overturned by VAR for a handball in the build-up.

In truth, England’s finishing was not nearly so clinical as it had been on Monday at the Amex Stadium and Northern Ireland goalkeeper Jackie Burns was equal to most of it. A one-on-one effort by Ellen White went inches wide, as did a powerful Lucy Bronze set-piece header. 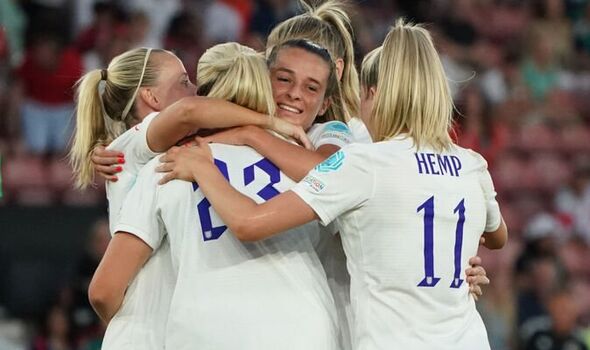 Then when Burns was beaten by a goalbound Stanway drive, Rebecca Holloway was perfectly placed to clear it off the line. Northern Ireland’s luck ran out just before the break though, when in a moment of considered brilliance, Fran Kirby paused to pick out the top corner with her 18-yard shot and Burns could get nowhere near it.

Lesson learned, four minutes later, Mead took the extra touch before sliding just as devastating a left-foot shot in the bottom corner to double the lead. Game under control, Wiegman phoned through her instructions to her staff and half-time changes were made.

Immediately, good work by Mead gifted Russo a free header and the substitute nodded in England’s third. A lightning turn by the Manchester United striker gave her chance to score her second just minutes later. 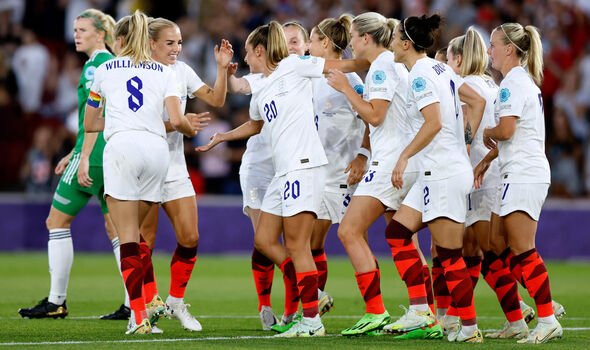 Northern Ireland, who should take heart in their first tournament for their early resilience, had simply run out of puff. Kelsie Burrows, only on as a sub, swung a tired leg at Mead’s cross to concede an own-goal fifth.

A limp punch from Burns landed at Mead’s feet, but for once she missed the target. Russo missed two glaring late chances to complete her hat-trick. This may not have been Norway levels, but in keeping with the rhythm, England march on.