England were unable to find a winner as they put in another lacklustre display in the Nations League against Denmark.

A few days after scoring late on against Iceland, Gareth Southgate's side were held to a 0-0 draw in Copenhagen.

Despite changing to a back five, handing debuts to Conor Coady and Kalvin Phillips, the Three Lions were unable to breakdown their organised opponents.

Instead, it was Jordan Pickford who vindicated his selection with some smart saves after Southgate resisted the urge to drop him in favour of the in-form Nick Pope or Dean Henderson.

Here's how England's men rated on a tough night in Scandinavia to round off their first set of Nations League games.

Pickford – 7 – MotM. Has never let England down and that remains despite club wobbles.

Alexander-Arnold – 6 – On the rare occasions he broke down the right, he did not hit the target.

Gomez – 6 – Such a versatile defender, just as comfortable in a back three. Composed.

Dier – 6 – Played the left side of the back three, pinged long range passes but was tested.

Trippier – 6 – Has done OK down the left in two games and is playing out of position.

Rice – 5 – It’s almost as if this is pre-season… Did well on Saturday, not so good this time.

Phillips – 5 – Looked out of his depth, the game passed him by and needs Prem experience.

Sancho – 4 – Really poor, could not get into the game and was sacrificed very early.

Sterling – 7 – Starved of possession, looked dangerous when he got on the ball. 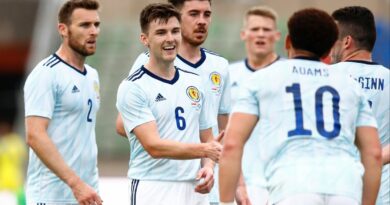 Is Scotland vs Czech Republic on TV? Kick-off time, channel and how to watch Euro 2020 fixture 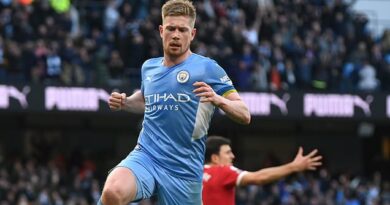