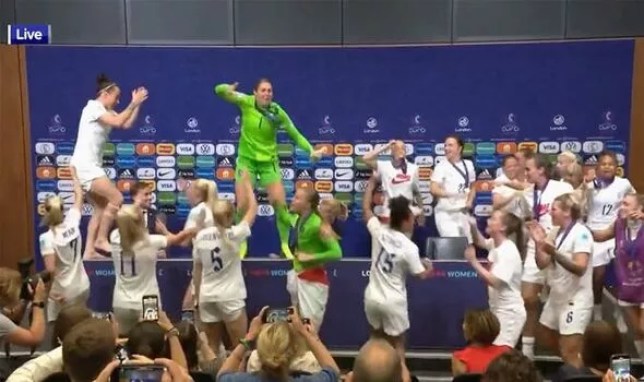 The Lionesses defeated Germany 2-1 after extra time at Wembley to win the country’s first major trophy since 1966.

The celebrations continued long after the final whistle, in and out of the stadium, with the players even bursting into Wiegman’s press conference chanting and dancing to the famous anthem.

After joining in with her team Wiegman joked: ‘I think I’ve lost my voice!

‘Now we won the Euros the expectation will go up again. First, we will party. We are really proud.

‘The top countries develop but so do those just under the top too. It is getting closer and closer especially in Euros.

‘I missed her, but I think she was in the crossbar [when Germany hit the woodwork].

‘She would have been here. She went to every game. She would be really, really proud too.’ 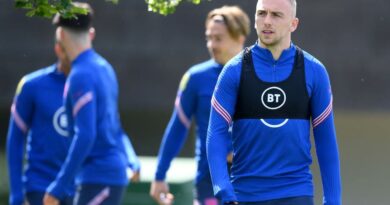