England are ‘ready’ to go far at Euro 2020 after ‘confident’ win against Croatia, believes Jose Mourinho as he lauds Kalvin Phillips for showing ‘amazing personality’ in 1-0 win at Wembley

Jose Mourinho insists England have what it takes to go far at Euro 2020 after their opening-game victory against Croatia.

Raheem Sterling scored the only goal of the game at a sun-soaked Wembley as England kicked off their Euro 2020 campaign with a win.

The victory raised hopes of the Three Lions winning their first major tournament since the 1966 World Cup, also on home soil. 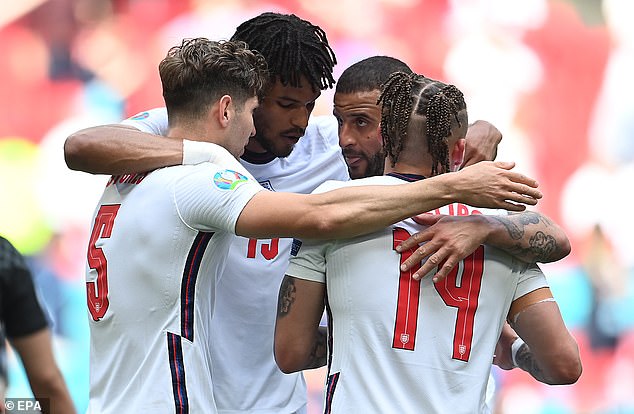 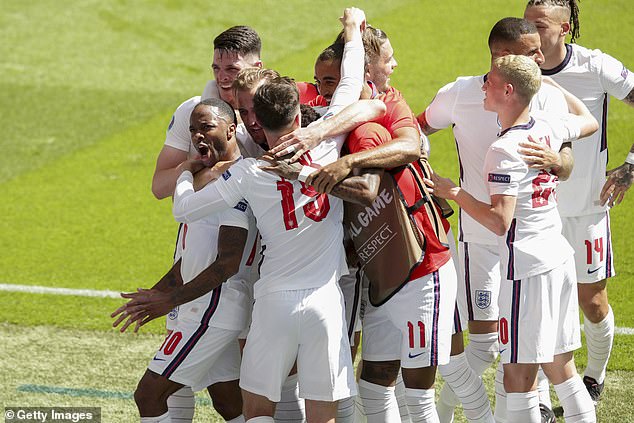 Then speaking to the same radio station after their 1-0 win, the Roma boss added: ‘The result is more than deserved.

‘Everything was under control and that means a lot, especially for the first game, where people have a tendency to look to the previous results in Euros and World Cups. I think it was very positive.

‘They know what they are doing and you could even feel after 1-0 the way England played they were not emotional, they were not driven by let’s do a show here at Wembley. 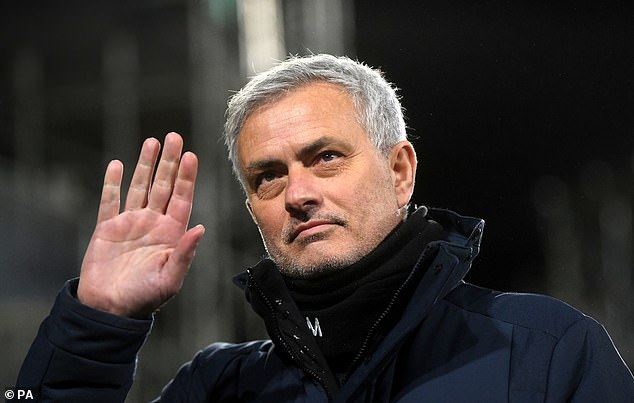 ‘They were pragmatic, they were objective, keeping complete control of the situation. I was positive before the competition started and after this victory I am even more confident about the team.’

His energy and determination in a more advanced midfield role than he is used to at club level also earned him plaudits.

It was just his ninth international appearance following his first season in the Premier League, and Portuguese boss Mourinho was among those lavishing praise on him for his display. 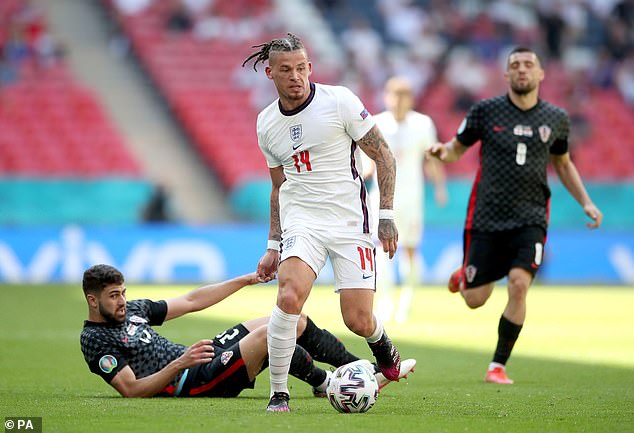 ‘He showed amazing personality. Rice was stable like he always is, but Phillips was more than stable,’ Mourinho added.

‘He showed that not just with the goal but also in the way he was pressing high, he was in a position side to side with Declan Rice but every time [Luka] Modric or [Mateo] Kovacic were dropping, trying to go away from them, he was not afraid of pushing up and trying to press higher.

‘I don’t remember him missing a pass in a dangerous building up area.

‘I think he was very, very good and when you see one of these young guys appearing in these big stages and performing the way he did, it is fantastic.’ 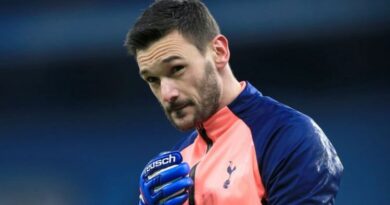