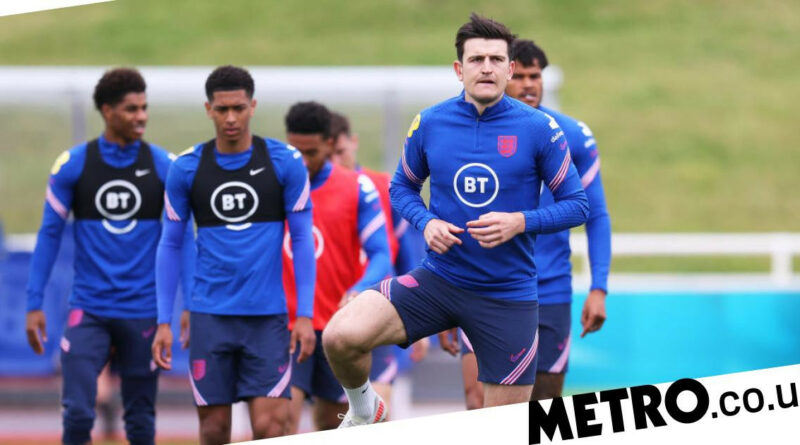 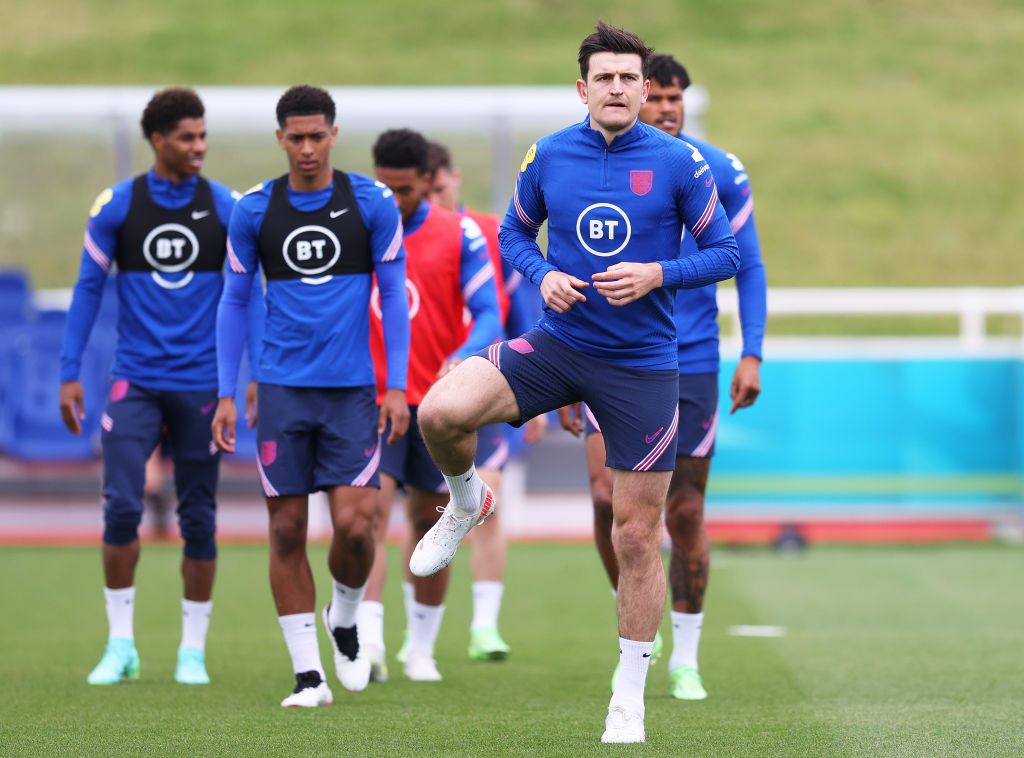 Harry Maguire has returned to full training ahead of England’s opening Euro 2020 clash with Croatia.

The 28-year-old defender suffered angle ligament damage during Manchester United’s victory over Aston Villa last month and was sidelined for the Red Devils’ last five matches of the season including the Europa League final.

There were initial fears Maguire could be forced to miss this summer’s European Championships altogether and while the centre-back was named in Gareth Southgate’s final 26-man squad, he failed to feature in either of the Three Lions’ warm-up games with Austria and Romania.

It’s still extremely doubtful Maguire will be available for selection at Wembley this weekend but Southgate will have breathed a sigh of relief as the United captain joined his team-mates in training for the first time on Thursday morning.

All 26 members of England’s squad took part in the session at St George’s Park, with the opening match of the tournament between Group A opponents Italy and Turkey kicking off tomorrow night.

Maguire had been walking with the aid of crutches just over a fortnight ago but Southgate and England are hopeful the former Leicester man could return to action for the side’s second Group D game against Scotland in a weeks’ time.