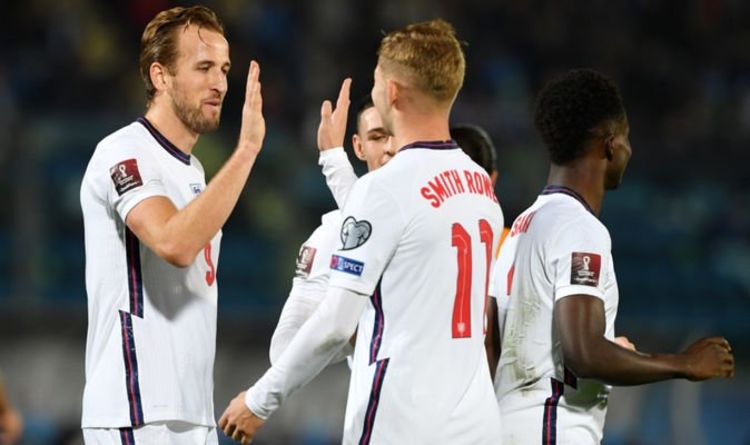 GOODBYE Jimmy Greaves. Hello Gary Lineker. Harry Kane seems determined to knock off the records of England’s greatest ever goalscorers one game at a time. No sooner had he matched the late, great Greaves’ tally of 44 against Albania on Friday than he immediately leapt up level with Lineker on 48 with a four-goal mastershow.

Bobby Charlton is now just one more goal away; finally Wayne Rooney four more after that.

It may only have been San Marino, but this was the night Kane became the first England player for 64 years to score back-to-back hat-tricks and his 14 goals in a calendar year is also a record.

So – without sounding churlish – what was he doing for the first 26 minutes of the game?

As on Friday, England were able to rely on Old Slab Head to get them off to an early lead. This time it was Phil Foden whipping in a corner for the unmolested Harry Maguire to bury emphatically.

Without really ever leaving third gear, England were twisting and turning the San Marino defence into dizzying confusion.

So much so that when Bakary Saka fired in a hopeful cross in the 14th moment, it deflected off one defender before Filippo Fabbri sliced the ball into his own net.

Foden was exceptional again and had a chance of a goal in the 24th minute, scissor-kicking the sort of scissor-kick his captain scored from on Friday inches wide of the post.

So he may not be at Kane’s level just yet, but the Tottenham man spent the next 15 minutes proving nobody is.

His chance finally to shine came when a VAR query emerged out of nowhere.

It is uncertain how many referees would have given a handball for Dante Rossi’s hand brushing the ball.

What was in no doubt was who would take the penalty and where it would go.

Kane then swept in Emile Smith Rowe’s low cross to double his tally and a more obvious handball from his own shot gave the England the no. 9 the chance to snatch his second hat-trick in four days.

If anything, the second penalty was even more delightful.

A delicate dance through the defence just before the break enabled him to make it four and in this form even Southgate could not bring himself to end Kane’s evening despite the emergence of Tammy Abraham for the second half.

With the change of formation, Kane turned provider, but Abraham could only blast over the bar shortly after the restart.

Saka crossed for Smith Rowe to mark an enterprising first start by tapping in no. 7 but that was as much as Kane was going to get – finally replaced by Reece James to a standing ovation in order to balance the side back up again.

Watching San Marino reduced to 10 men soon after will have had him wondering if Rooney’s record might have been achievable on the night.

As it was, Tyrone Mings headed in Trent Alexander-Arnold’s free-kick for no. 8 and Jude Bellingham thought he had drilled no. 9 almost through goalkeeper Elia Benedettini only for a VAR check to decide Abraham’s foot was high in an earlier challenge.

The Roma striker made amends though, tapping in another Alexander-Arnold cross to make all but the travelling England army happy.

“We want 10!” they sang, so England did just that – the Liverpool full-back again providing the ammunition this time for Saka to head in. 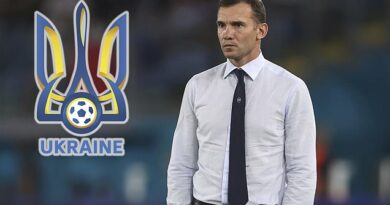 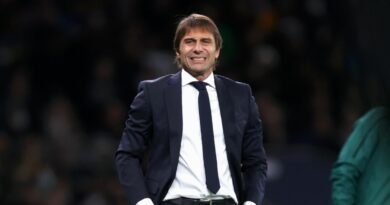